My befuddlement over the lack of an OBE for John Surtees has always been present. Since the day in the early 70’s when my father bought me the Corgi toy car called Surtees TS7, I’ve always placed it next to the Corgi Lotus 72 on my shelf and for decades viewed both with nostalgia and respect. I was amazed that a man could win the motorcycle world championship and then move on to Formula 1 and win the championship in a car as well. I was right to be amazed because he’s the only man to do it…to this day.

The passing of a legend of motorsport is a tough thing to reconcile for any fan and especially when you have a personal, emotional connection to them. I never met John and I don’t know what kind of person he is but if the writings of those who do know him are any indicator, I would suggest that he was a delightful person and a man who had experienced much loss in his life—including his own son—to the occupation he dedicated his too.

There will be far better words written about John than mine. People with more intimate connection who can shed light on what made John such a legend of the sport. I can only offer pale commentary about how the passing of F1 legends, like John, rips large chunks of the fabric of my memory out of my life.

John won’t be memorialized and mourned like Prince, David Bowie or even George Michael but in my mind, he should be. He impacted the world of motorsport like very few before or after him and his accomplishments and the entertainment he provided fans was nothing short of brilliant. 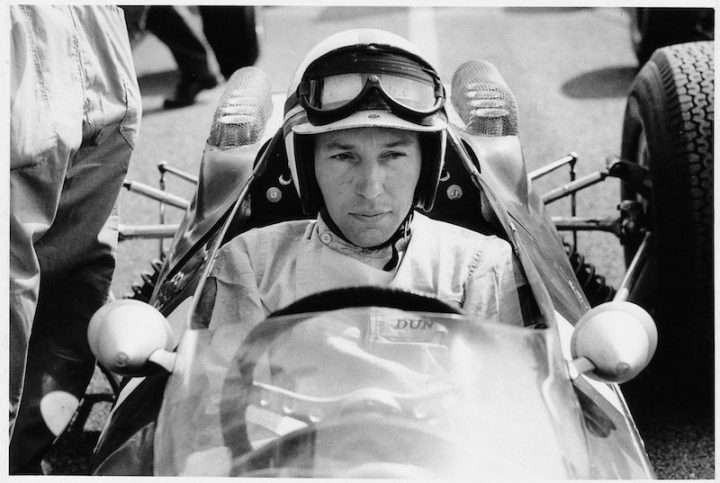 Perhaps no other period in John’s life was more punctuated than his time at Ferrari or one could argue running his own team but I would argue, equally, that the loss of his son was a particularly challenging time for Surtees. To have survived an era when so many of his friends perished in racing only to lose his son in an era that is supposed to be much safer. It cuts like a knife.

I now have two Corgi cars on my shelf that memorialize the ingenuity and dedication of two men who impacted the sport like few others. Colin Chapman’s Lotus 72 and John Surtees TS7. They used to represent the bewildered amazement of a young boy who marveled at the latest in racing innovation and now they are merely reminders of lives lived on a shelf of a much older boy who is slowly wading into the drowning quicksand of nostalgia.

John will be missed and for me, I will always think of him a Sir Surtees regardless. To me, he was a Knight of Renown and forged a career that was nothing short of amazing. As a man who walks past the trinkets of his childhood on a shelf, I am bereft and will always remember John as a legend of the sport…both on two wheels and four.

According to the AUTOSPORT obituary, John was awarded three honours, (MBE, followed by OBE and finally CBE) the presence of the CBE possibly explains the lack of a knighthood. It is usually one or the other.

Nice piece Todd, it’s a shock that John Surtees has died.
He was obviously a vital and prolific man even in his later years, his achievements as a rider and driver are without comparison even 50 years on, and for him then to go on to success as a constructor, team owner, and more recently as a team principle in the A1 series, absolutely outstanding.
I recommend listening to the motorsport magazine podcast with john surtees from april last year, he was still sharp as a tack and still very much involved in motorsport.
RIP John Surtees

Previous article
FBCindi Episode #19 — IndyCar and MRTI Season Preview
Next article
What did we learn from both F1 tests?