Join us on Google+ Hangout live with Shell on December 12th

“Behind the Scenes with Shell V-Power®”Google+ Hangout

You can watch the event live on Thursday at our F1B Live page right here. you can also view it live on our YouTube channel right here.

The Google+ Hangout Live event will give you an opportunity to learn more about performance fuels and life on the Formula One circuit, with a particular look at offseason testing and the changes to come in 2014.

This Hangout will be broadcast live and recorded through the “Hangouts on Air” feature. The video will stream in real-time on the Formula1Blog G+ page – allowing you to view the conversation as it unfolds live. Following the conclusion of the Hangout, footage from the engagement will be recorded to the Formula1Blog YouTube channel and repurposed for use across social channels.

While we spoke with Guy Lovett and Andrew Foulds while we were in Austin, we didn’t get a chance to speak with Mike Evans and thought this would be a great way to let you join us in our conversation. We’ll also be joined by Graeme Fletcher, whom I consider one of the finest automotive journalists alive, as well as the terrific folks at Formula 1 Friends of Austin.

I’ll be joined by F1B staff Grace and Laura and we’ll even see if we can get Paul Charsley as well as Mark (Fake Charlie Whiting) on board for the session. Here is Mike’s bio as well: 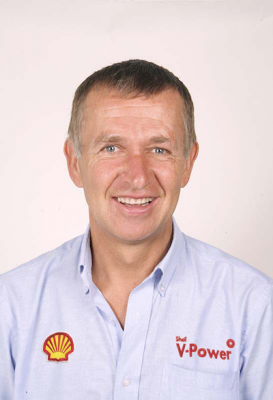 Mike Evans is Shell’s Formula One Fuels Project Leader. He has worked for Shell for over 30 years – initially in a variety of laboratories, where he continued studying chemistry at the same time.

In his time with Shell, Evans has worked with coal, alternative fuels, and diesel and gasoline fuels. He has combined laboratory work with engine and vehicle testing, both in the field and using engine test beds and chassis dynamometers (rolling roads).

His work has included testing vehicles in northern Scandinavia during the winter, in temperatures down to -40 °C.

Evans has led the Shell Formula One™ fuel development activity for several years, working with colleagues in Shell Global Solutions and the engineers in Maranello.

He has also taken part in circuit racing for over 30 years, culminating in becoming National Supersports champion in 1994, 1995 and 1996.