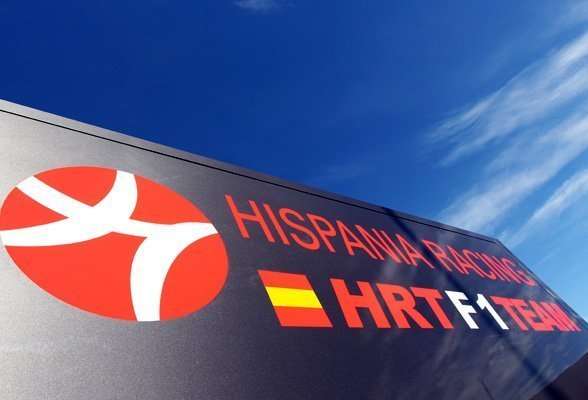 HRT team principal Colin Kolles is so confident that the team will have a better-performing car this year that, as far as I can tell, he never even once insists the team will just make the grid in comments made to Autosport.

Feels like you’re putting the cart before the horse there, Colin. (Sidenote to HRT engineers: Using a horse and cart might improve lap times.)

Also of note, he says that following the team’s signing of Narain Karthikeyan HRT might not be in the worst financial situation on the grid. (We’re looking at you, Sauber and Williams.)

Here’s what Kolles had to say:

“We obviously have a Williams rear end – with the hydraulics and the Cosworth engine. This package was able to qualify in the top 10 last year, so it cannot be that bad. That is not going to be our weak point.

“I hope we can improve on the aero package and, for sure, at the first race the car is not going to be a frontrunner – although you should never say never in F1! But we have to be realistic and we have to work hard.

“We will run in the Valencia test with an old car, and maybe then we will have an interim car. We hope to run the new car as soon as possible – as soon as it is achievable.”

And on the finances:

“I think that you shouldn’t look at others, but I think maybe we have smaller problems than others have.

“Every team needs sponsorship and money to improve and compete. It is very normal and a daily fight, and obviously the situation in the last 24 months is not easy. But everybody has to do his best and to fight and to keep it alive.”

I suppose the fact that Kolles still has a company-paid phone to answer is a good sign. And definitely its driver signing will boost the bottom line. But that money is just arriving, so I wonder what they’ve been using during the off-season to get that car’s performance up.

Is anyone out there laying bets on whether HRT makes the grid and finishes the season?

Maybe they were both playing games, but this does not…

I like Paul di Resta, Martin B and Ant. They…

I am watching F1 since the late Seventies and in…

One is dangerous and illegal...