If you have followed Indycar series you know that it has had some trouble as of late with the car and with the…well, just about everything. Now we’ve been critical of the series in the past but that could change if Lola has its way. F1B is a big fan of Lola and they have just released a new concept for the Indycar series.

Following is a press release from Lola that describes their concept and a couple pictures to wet your appetite. Here’s what we’d like to know; what do you think of the car and concept? Do you like the look and the concept behind its design? Would you be more apt to watch Indycar if they worked with Lola to provide a car that is competitive and offered good racing? Leave us your thoughts below or email me an I’ll forward your comments to Lola. 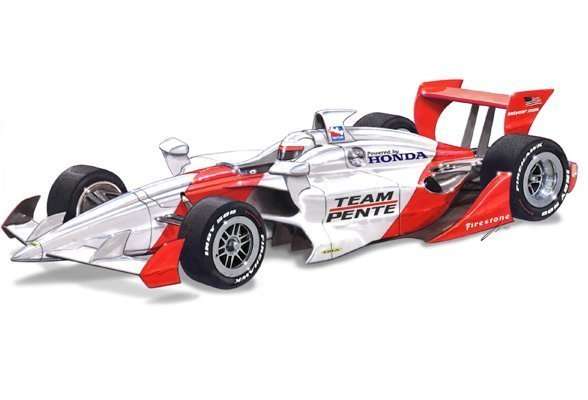 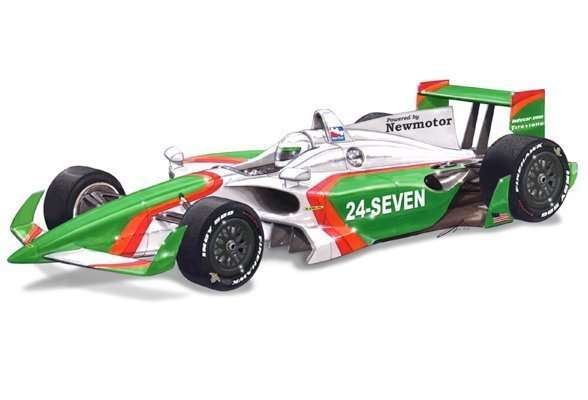 Delivering advanced technology and capturing the legendary IndyCar spirit with practical affordability, Lola USA today announce additional detail and present the first images of the proposed Lola B12/00 and B12/01 IndyCars for the 2012 IZOD IndyCar Series.

The â€˜total solutionâ€™ package will deliver two attractive and aero performance balanced racecars that will deliver a return to close and gladiatorial racing. Safety, efficiency, styling and affordability have been at the forefront of the Lola special projects team that have been working on this project throughout 2009 to date.

At the heart of Lolaâ€™s proposal is the dual body style concept developed extensively by Lola engineers. This work has already received very positive comments from the IndyCar fan fraternity. This concept will give exciting visual variety to the IZOD IndyCar grid and stimulate teams, drivers and fans alike.

The two styles highlighted in the image (right) will be performance matched but use the same common chassis. Parity in aero performance will be maintained across the ride height range to ensure that no advantage is gained by either kit. Both styles of cars can be raced without technical advantage and with different engines. Common parts throughout will enable teams to switch upper surface styles should they choose to do so.

Work continues within Lola on futuristic designs to continue to challenge thinking and for sure to become more acceptable in better economic times.

The Lola chassis for IndyCar will achieve cohesion by being eligible for the Firestone Indy Lights Championship. This will in essence mean that Indy Lights teams will be able to graduate more cost effectively to the IZOD Indycar Series and teams will find it more commercially attractive to enter cars in each series and to entice new entries in to competition.

In addition, the ease of changing the car specifications from one series to the other will ensure high quality and full entries for the Indy 500.

Central to Lolaâ€™s extensive aerodynamic research has been the necessity to guarantee close and exciting racing. Wheel to wheel duels on the variety of circuits that the IZOD Indycar Series races on will become the norm rather than the exception.

Focusing on the rear under-body of the Lola Indycar, designers have found a cost effective and simple breakthrough to ensure that there is a minimum wake for following car. This means that drafting and slipstreaming will be in the drivers own hands rather than that of the aerodynamics itself.

Safety has always been a key part of Lolaâ€™s 51-year history with the first of Lolaâ€™s three Indy 500 victories coming in 1966 with Graham Hill and the T90.

A program on reducing the susceptibility of a â€˜take-offâ€™ scenario has been conducted to further protect drivers and spectators. Lola USA has pinpointed specific areas using CFD methods to ensure a high yaw angle stability is maintained on the car. Less variation to total aero load on the rear wing will be optimised with pitch angle changes.

As well as releasing more technical detail Lola today also confirm that they will be selecting a new assembly facility in the USA. Discussions with US business partners for component supply are at an advanced level. Lola are mindful of supporting as many existing US jobs as can be achieved through this opportunity.

Lola have been working with and commissioned high-tech universities to work on environmentally sustainable materials and other green technologies. Maximum effort will also be utilised by Lola engineers to ensure that minimum energy is lost by the racecars when on track.
What will the 2012 Lola IndyCar mean for the fans?

â€œFor Lola it is imperative that fans enjoy the cars and a great racing spectacle at trackside and on TV,â€ said Lola Executive Chairman, Martin Birrane. â€œLola have endeavoured to capture the great spirit and heritage of IndyCar

If I’m honest, I’d love to see Lola in F1 again and from all the comments I have read and heard, they could easily do just that. One of the things that makes Lola a terrific operation is their methodical and logical approach to challenges. F1 is a bloated and expensive sport and Lola would entertain coming back if the costs were controlled and the series was realistic.

Until that happens, however, I think Lola would be a terrific option for Indycar and I hope the folks at IMS take the option. Something needs to be done with the current car issue and I know Lola could fix that part of it. Getting fans back and TV viewer ratings up in the series has to start with a good, competitive car and Lola can provide them that.