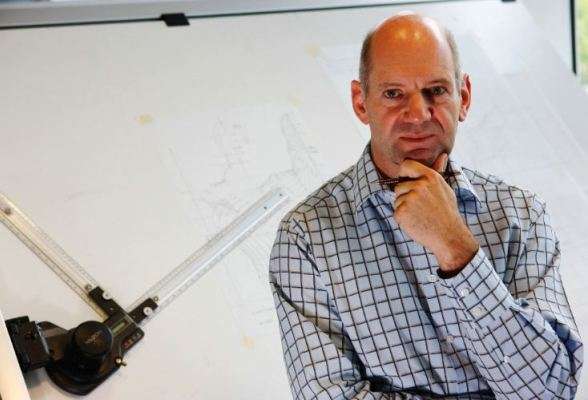 If I were second assistant under-designer at Ferrari, the last thing I’d want to hear would be Adrian Newey being cautious and coy about just how good his 2011 Red Bull car is going to be.

In other words, I wouldn’t be too happy today.

Newey is playing down the team’s ability to replicate its success during the past two seasons. Here’s what he told Autosport:

“I think it is impossible to forecast.

“The truth is – and that is the great thing about motor racing – that things can change very quickly as we all know. If other people do a better job than we do over the winter then it will change.”

Newey also warned that the fact that the team has built the fastest car in the past two years does not mean it will continue to be like that in 2011.

“In itself no, I don’t think it does – apart from the confidence,” he said when asked if the team’s form in 2009 and 2010 will count for anything next season.

“But hopefully what it does mean though is that we are starting to understand the process of how you go about designing a decent car and if we can do that, and continue to be creative, then we can come up with a decent car.”


Right about now, I’d be in a full-on freak-out mode, just imaging — if nothing else — the slave-driving hours Luca and Stefano would have in mind.

But then Newey says this. And I think it is interesting, although given the team’s two-year run, I’m not quite sure I buy into it:

“I guess the concern is that as regulations stay stable, and you go deeper and deeper into a set of regulations, then it becomes more of an iterative process. Whether we can iterate as well as some of the more established teams has yet to be demonstrated.”

Speaking about this year’s car, he added: “When we first came out with the car we weren’t really sure where we were going to be with it, to be honest.

“There were some reasonable rule changes over the winter, with the ban on refuelling and the smaller front tyre, and the fact that like most other teams we were developing a car with a double-diffuser by design so it was very difficult to forecast where we were going to end up.

“Through the winter testing we tried to just concentrate on our own programme and not get too phased by what people were or were not doing. We introduced a reasonable package just before the start of the first race and off we went from there.”

Interesting idea, to be sure. But KERS is coming back, right? And the cars will have movable wings? So… I’m not too sure 2011 will be as much an “iteration” as Newey is saying. So is it just some mind games? Are the tweaks minor enough that the cars will be very similar?

And does anyone think Newey is going to be able to nail his design yet again?

Get to work, second and third under-designers at Ferrari.