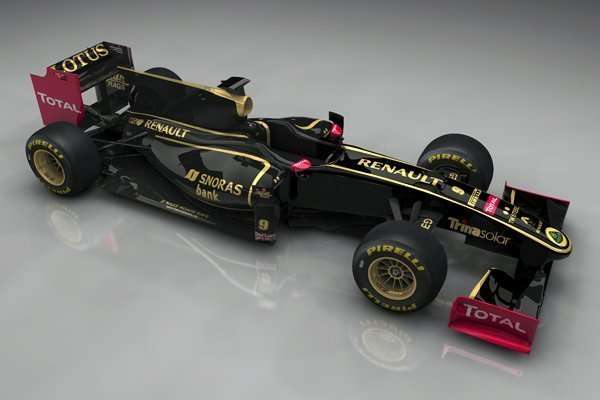 As news broke regarding Lotus Group’s freshly inked deal with Gerard Lopez, Chairman of the Renault F1 Team, I was entering an all-day meeting. A perfect time to reflect, all day, on the issue and I am pleased to announce that my reflection has not afforded me any new revelation on the matter. AS much as that pains me, I am also pleased to inform you that the unflappable Mark Hallam has not let me down.

As the morning sun gloriously launched off the horizon, I received a harmless looking email from Her Hallam, as he’s known in Germany, regarding the incident. It simply asked a single question. I took that question with me, and my Red Bull, into the meeting and pondered the implications. I’ve read some very good articles on the news today from some very fine F1 journalists. Some were piecing together the Group Lotus and Tony Fernandes issue over the name “Lotus” while others were extrapolating the implications of the black and gold of Lotus returning to F1. Other stories centered on what this meant for Renault as a supplier while others claimed the exit of Renault as a manufacturer in the sport. To be honest, I think they all had good points and as you weave it all together, they all make sense. Here’s the quotes:

Gerard Lopez, Chairman of Renault F1 Team, commented: “We are delighted that we can now go public with the news that we will be racing as Lotus Renault GP in 2011. It is extremely exciting to begin a new era for the team in partnership with Group Lotus, and we will continue to enjoy a strong relationship with Renault over the coming seasons. It is a tribute to the excellent work this year by the team in Enstone that we have been able to attract both major sponsorship and new investment for a very bright future.”

Group Lotus CEO Dany Bahar said: “I can think of no better platform for automotive brand communications than motorsport and F1 is the very pinnacle of open-wheel racing. We’re well aware that there has been a lot of controversy around the usage of our brand in F1 and I’m delighted to be able to formally clarify our position once and for all: we are Lotus and we are back.”

Is this what Hallam was on about? No. Our very own covert agent in Bonn Germany asked a simple question: “Is Renault eying a pull-out as an engine supplier in 2013?”

It’s a harmless question but it does offer some food for thought. Genii Capital bought a majority stake in Renault F1 and now the team enters into a deal with Lotus Group who were allegedly attempting to stave off the encroaching Tony Fernandes and his newly acquired “Team Lotus” name. All of this may be academic in the long run and a political move by Group Lotus to fire the first shot across the bow of Fernandes’s 1Malaysia racing team but what is Renault up to? While most stories I have read place Renault as a long-term engine supplier only, I wonder if Herr Hallam isn’t correct. With the coming 2013 engine formula changes, Would it be a time for the French car maker to depart the series? Is the 4-cylinder Turbo formula enough to keep them in the series as a engine and technology supplier only?

Genii Capital and Lotus Group have an agreement to run the new livery and name of Lotus Renault F1 GP until 2017 and while the press release does say that they will continue with Renault for engines and technology, it does not say that arrangement is also until 2017. While we lamented the departure of Renault from a major role in F1, it now seems that footprint is even smaller and if Hallam’s hunch is correct, they could be completely out by 2013.

What do you think? What does it serve Renault to remain as an engine supplier for F1 with a new 4-cylinder Turbo motor? With Proton resources from Malaysia, perhaps there is another engine supplier willing to adapt their technology for an F1 car? Maybe they could find a new home for that famous CamPro engine of theirs? What do you think this means for Renault in the long term? Let discuss it together, that’s what we do here. Leave your thoughts below.