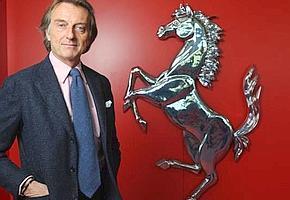 Luca Di Blah, Blah, Blah has spoken publicly about the KERS system being ushered in to F1 next season. While the head of FOTA agrees with Max’s cost cutting measures, like me, he seems to think that KERS is antithetical to cost cutting and wonders if it is the best thing for F1 right now.

“The future looks very complicated with these new regulations,” he was quoted as saying by Autosprint. “We feel introducing KERS already this year was a mistake, even though we’re in favour of F1 being a technological springboard. But the energy recovery system in the races will in any case be very different from the road system.

“It’s true, however, that the costs are prohibitive, and with FOTA we’ve studied important proposals in order to meet Max Mosley’s fair requests regarding spending cuts.

“The engine for three GPs for ten million euros means the cost is halved compared to 2008. In 2011 we’ll get to five millions, compared to 20 millions from four years before then. On top of that, there is the reduction of testing to 15,000 kms.

“I think we need to rely on good sense: the general one, and the FIA world council’s one. Our proposals approved for 2009 set an example. We have two objectives: to help the smaller teams, and to allow F1 to still do research and innovation, also for fuel suppliers.

“It’s unthinkable that the big car manufacturers can accept to re-badge the engines built by someone else.”

Luca was also specific about the concept of an engine for 15 million Euros less than four years ago. Again, mandating a 5 million Euro engine doesn’t automatically cut costs. Max has to work closer with the teams to determine just how cost cuts can be made in hyper-technical engine development. Giving teams a cap of 5 Million doesn’t really address the issue at a level that makes sense.

Perhaps Max is relying on the teams to work with him and discover areas of engine development that can save money but as with many of Max’s ‘cost cutting measures’, they end up being more expensive. I agree with Kuca, KERS seems like a black hole for money in F1 and shows Max is more intent of seeming ‘green’ than he is in saving money.

2
Who wants to go to Austin in November dragging coats ...
2
PLEASE not another street circuit. PLEASE. Best thing that happened ...
2
Grace, while I love your commentary your comment that you ...
2
I don’t like this and I have never liked Pirelli ...
1
You sound really tin-foil hat, mate. Are you suggesting that ...

Haas F1’s Russian flag color…
7 hours ago by Xean Drury
You know, I was thinking about this whole situation. And ...

Haas F1’s Russian flag color…
22 hours ago by Hautacam
I’m pretty disappointed with this development as well. So much ...

Haas F1’s Russian flag color…
1 day ago by Tim C
I’d be curious to know how much money Gene is ...