Luca Di Montezemolo doesn’t need my words of support but regardless, as a Ferrari fan I do wish him the very best in all his future endeavors and he will be missed.

It seems Fiat CEO Sergio Marchionne has an agenda (as CEO he should have) and believes Ferrari would be best served by moving in a completely new direction. Time will tell if this is the right move but I suspect much of this is over corporate politics and timing. That happens.

The proposed flotation of the Fiat Chrysler group and the desire to move the Fiat automotive group into a head-to-head battle with German auto giant VW appears to be more germane to the dismissal of Luca than the lack of victories from Ferrari’s F1 team. Some argue that Ferrari’s F1 failures are the cause as they are directly tied to the company’s performance. Perhaps.

Ferrari is set to release its recent earnings which rumor has it are the highest ever in the company’s history so Ferrari’s road car division hasn’t suffered from a lack of “vision” or F1 victories from Di Montezemolo. Overall, since his tenor began, the company has increased its road car performance ten fold but does it dovetail with what Fiat wants from its premier performance vehicle line? Apparently it does not. 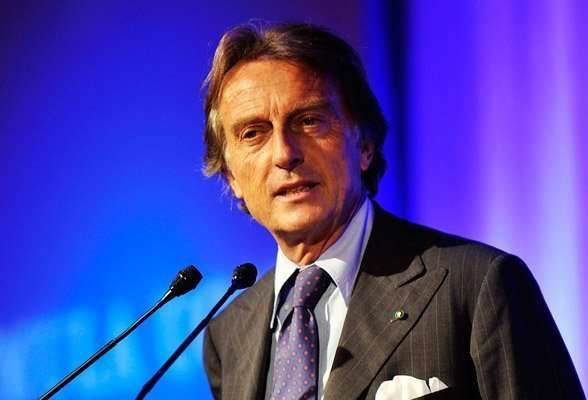 Reading between the lines from multiple reports today, I gather that Machionne is intent on matching VW blow-by-blow and the lack of a high-performance SUV is something he may feel strongly about. Di Montezemolo’s Ferrari would most likely run from such a notion and if you consider the Ferrari FF as an attempt at appeasing the Fiat chief, maybe that didn’t quite work out.

Luca may have disagreed with today’s Formula 1 format and many suggest his disdain is born from the team’s lack of success under the current regulations. I read with interest Mr. noble’s commentary of the Di Montezemolo exit and was slightly confused.

Mr. Noble posits that Di Montezemolo was anchored in the old school of being a pure engineering focused team and the rest of Formula 1 have had to evolve and learn to become real racing teams. That confounds me, if I am honest, as I see it exactly the opposite.

Mercedes, Renault and now Honda have all shown interest in F1 due to the engineering technical trapeze act of the new V6 Turbo and hybrid format and it was sold, successfully so, as the most road-relevant F1 to date. Many pundits have argued that the woes of F1 is due to handing the keys to the engineers and this has lost the DNA of racing in favor of one big STEM lab racing series.

Luca didn’t care about that. What he cared about was racing and not adding constructs to “spice up the show”. He has often been at odds with those who feel the sport should be all about the engineers and technical wizardry of electric and corporate responsibility—another term for being Green.

He’s advocated the return to pure racing in order to rectify F1’s current woes. While doing so, he could be accused of wanting to return to an era that quite simply isn’t sustainable from a cost standpoint with unlimited testing and the levels of spending that saw Ferrari’s dominance in the late 90’s and early 2,000’s.

Those levels of spending are still here it’s just that they’ve been cloaked as road relevancy through hybrid and sustainable format racing. That’s a much easier pill to swallow when it is the cultural meme tsunami instead of brash, unlimited fuel use and testing utilizing antiquated car technology. Point made and taken.

You can see the dilemma in that F1 should be about evolving new technologies or at least it has been in the past because those technologies were adopted to give the team an edge. Six wheels, fans, ground effects, dual diffusers et. al.

This could be where Luca was misunderstood. I believe he was fine with evolving technologies but applying technologies to F1 that fit a global narrative spoken by car manufacturers and consumers is not necessarily technology designed to make F1 racing cars faster around the track and capable of beating their competitors.

This is where the devil lives in the discussion as anti-lock, anti-slip, adjustable ride height and many other technologies are currently banned and these clearly allow a F1 car to go faster around the track. We’ve banned those very road relevant technologies but allowed hybrid and fuel-restricted V6 turbo engines which, at the time, did not fit into Ferrari’s narrative or direction for their road cars—at least I believe in the mind of Luca.

In the end, perhaps F1 and Ferrari/Fiat have become too corporate for Luca. The series bloated to levels unseen before and corporations moved from sponsoring teams to full works teams and with that, the P&L became the prime mover for any direction the series would take. Even Sir Frank Williams isn’t racing with the same impetus he had in 1978 but nor should he be. Time changes and is a grand equalizer and as former FIA president, Max Mosley, said, “I suppose we’re approaching the end of an era in F1, dear old Luca, it started back when we were all so young,” 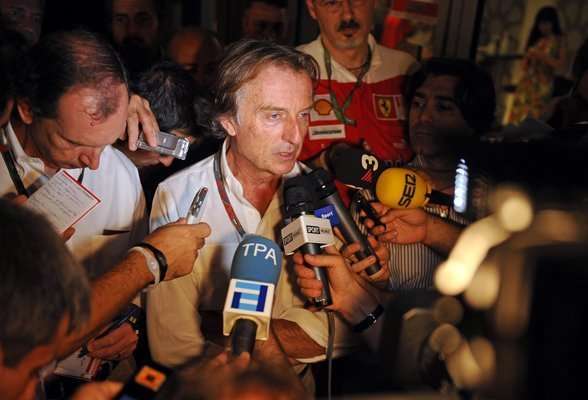 Ferrari has a recent history of parting company with people prematurely. One look no further than Michael Schumacher, Rory Byrne, Jean Todt, Ross Brawn and now you can add Luca di Montezemolo. The irony being that all of those departures were made under Luca’s watch so perhaps ejecting the man who has been pushing the eject button seems logical. We’ll see in time but they are big shoes to fill.

Luca has been at Ferrari for 23 years, won 119 races, eight constructor’s title, six driver’s titles and oversaw the galactic rise in Ferrari revenue performance as well as built Ferrari to be one of the most powerful brands in the world.

Regardless, if it happens, I hope Ferrari’s new SUV will be well received because Fiat’s goal in global positioning will now be the prime mover added to Honda, Mercedes and Renault’s vision of F1’s future. Truth be told, Luca’s vision for Ferrari may have not always had Fiat’s main goal in mind and that, I suspect, is the reason we are seeing Luca’s back. In my mind, he’s always had Ferrari and F1 front and center and I will miss his frank commentary and overuse of the word “polemics”.

While I wish Luca much success in the future, I also wish the very same to Sergio Marichonne as he takes the helm of Ferrari.

“Ferrari will have an important role to play within the FCA Group in the upcoming flotation on Wall Street. This will open up a new and different phase which I feel should be spearheaded by the CEO of the Group.

This is the end of an era and so I have decided to leave my position as Chairman after almost 23 marvellous and unforgettable years in addition to those spent at Enzo Ferrari’s side in the 1970s.

My thanks, first and foremost, to the exceptional Ferrari women and men from the factory, the offices, the race tracks and the markets across the world. They were the real architects of the company’s spectacular growth, its many unforgettable victories and its transformation into one of the world’s strongest brands.

A warm farewell and my thanks also to all of our technical and commercial partners, our dealers across the globe and, most particularly, the clients and collectors whose passion I so wholeheartedly share.

But my thoughts go also to our fans who have always supported us with great enthusiasm especially through the Scuderia’s most difficult moments.

Ferrari is the most wonderful company in the world. It has been a great privilege and honour to have been its leader. I devoted all of my enthusiasm and commitment to it over the years. Together with my family, it was, and continues to be, the most important thing in my life.

I wish the shareholders, particularly Piero Ferrari who has always been by my side, and everyone in the Company the many more years of success that Ferrari deserves.”