Editor’s Note: Periodically we receive terrific stories from our readers and we post them in a series we call “Marbles”. This feature story was provided by a wonderful chap down under and it is a great honor to post this story for all of you to share. Peter Miles is a real racing fan and top bloke from the Great Southern Land and we hope you enjoy his story.

It started when we were kids. Ten years old or so. Three brothers sitting watching the tv once a year for a whole day. Non-stop. 8am to 5pm. The annual big race from Bathurst where our heroes sped up, across and down the mountain for 500 miles (and later 1000 kilometres) with either monumental  glory or, more often, metal-grinding despair as the outcome.  The race certainly became a national icon, I suppose like the Indy 500, or the Superbowl in some ways.  A big race that became a television event that became “Bathurst Day” for many Aussies.    It made a mighty impression on the three brothers—we would go outside after the race and the gently sloping backyard would become the mountain in our imagination. We would race our bikes, or whatever, around the clothesline, dodging trees dreaming of Bathurst corners and powering down the Conrod Straight. The first time we saw Bathurst we were hooked on car racing. Done.

And then came the day when Dad actually took us to the real car racing; we were totally done.

The 1960’s were great times for Australian and New Zealand open wheel racing. With Brabham, McLaren, Hulme and Amon on the world F1 stage, we were also treated each year by visits from the top F1 drivers like Clark, Stewart, Hill, etc for the Tasman series. But also during the sixties, the grip of “touring cars” on the average Aussie psyche took hold.  The car makers Ford, GM and others certainly realised the marketing benefits of a winning car in high profile races. But also as serious American muscle cars like Mustangs and Camaros became available, the racing in more modified cars also grew more spectacular, professional and promotable.

There were basically two categories of touring car races at the start of the 1970’s. What was called series production, and also improved production.

Series Production racing was endurance racing for supposedly “showroom stock” cars. Ford, Holden, and Chrysler were key players with race prep consisting of fitting a roll cage and harness, the “best” (drum) brake material , and blueprinting the engine to ensure everything was to the manufacturer’s specified tolerances. Teams were often representing car dealerships and run from their service workshop. Ford and Chrysler ran factory teams, but the Holden guys ran under the banner of a combined ”Holden Dealer Team”. Testing was often done by running the car in on a quiet road late at night, in some cases as late as the drive to Bathurst.  Cars were mostly still street registered, and were classed according to their selling price. A 1972 Ford Falcon GTHO retailed at $5300 then; good original ones now might fetch $300,000 and I think the record is a million. There was stiff competition between the makers as they all wanted to win – and sell. Year on year the cars became faster and faster until 1972 when there was a media outcry about 160 mph cars being sold to 18 year olds.  This finished off series production racing as the manufacturers were “scared out” of racing. The endurance races were then run under “group c” rules with more freedoms and safety items from 1973. This broke the link between cars you could walk in and buy off the floor and the great race.

Ford ran series of Falcon 4 door sedans with v8 engines, moving from the 289/302 to the 351 Windsor and Cleveland engines. These cars were real beasts, sounded glorious with very conservative rating of 300 horsepower. They were rather hamstrung by their brakes and of course 6 inch wide steel wheels. Drivers complained about the standard bucket seat, which didn’t help much under racing loads.

Holden switched from a Chevy v8 powered Monaro 2door coupe in 1971 to the straight-six cylinder Torana, a much smaller car that became the David in the David vs Goliath battles. Firstly with 186 cubic inches in ‘71 , then 202 in ’72, The Torana couldn’t really win a straight fight with the Falcon on a longer circuit. 190 or so horsepower was a limitation. But it had great handling, brakes, economy etc. A great car overall; it suited the shorter, twisty tracks that Australia has in abundance, and when it rained it was the machine to have.

Chrysler tried to win Bathurst in 1971 and 1972 with their Valiant Charger. It was a car developed in secret in South Australia. Much of its development was done on a Utility/ pick-up truck with an altered wheelbase to simulate the Charger. It’s styling was pretty radical for the time, and it had a great engine – 265 cubic inches for 6 cylinders in a row. During the development phase the engine found it’s way to the Weber carb factory in Italy for a couple of months, where the three 45 dcoe carbs were tuned to give a great setting for a wide range of conditions. (The advice was – don’t touch them!).  The Chrysler engine was good for nearly 300 horsepower, but poor decisions were made with gearbox (only 3 speeds in 1971) and brakes not given enough priority. A good car overall, but had some strange handling characteristics – understeer on left hand corners and oversteer on right handers !

For photos from these old, old days you can check out and surf!

They say you can never go back, but so many people were impacted by these great racing times, and around the world the historical racing scene is thriving. Boys who have grown up, made some money in their business life, and want to satisfy their curiosity, competitive urge, and indulge themselves with some of their dream cars. Australia is no different with a healthy number of baby boomers seeking a sporting contest that involves invoking vivid memories of days gone by. And as they say, “a weekend where you don’t put on a fireproof suit isn’t really a weekend!”

And so it happened, that in his mid-late forties my little brother announced at the extended family dinner, that although he didn’t know if he could succeed or not, he was buying a Charger and going to try historic touring car racing. Even though he may well embarrass himself, he didn’t want to “die without trying”. Having wasted far too much of my life around race tracks, it made sense for me to join in and waste some more!  3 brothers all in.

The Historic Touring Car Association of Victoria organizes and coordinates the old touring car scene here in our state. We really do have access to some great race tracks including Phillip Island (same as motogp), and some great festivals such as the Phillip Island Classic, Return of the Thunder, and Winton Festival of Speed (a rung or two down from Goodwood). We run under what is called group Nc rules for pre’72 cars (and Nb for pre’65). The rules have been formulated to try and include cars that were present in both series production and improved production races with some degree of parity. Obviously 40 years has seen big steps forward in technology, learning, tyre compounds, bitumen, etc  and there are now plenty of speed secrets for old cars. We greatly respect the work of the drivers and crews back in the day.

So today’s leading contenders are 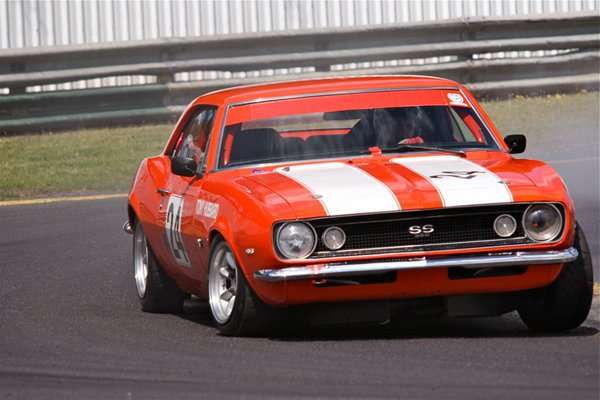 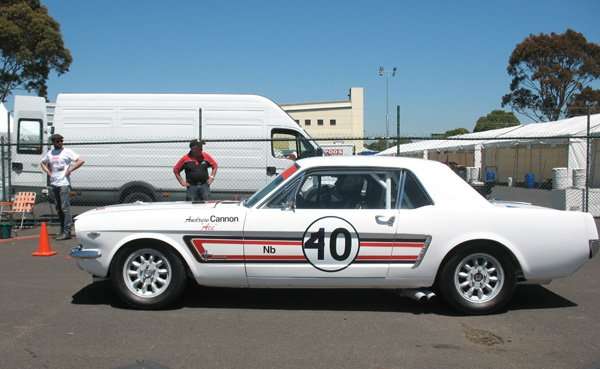 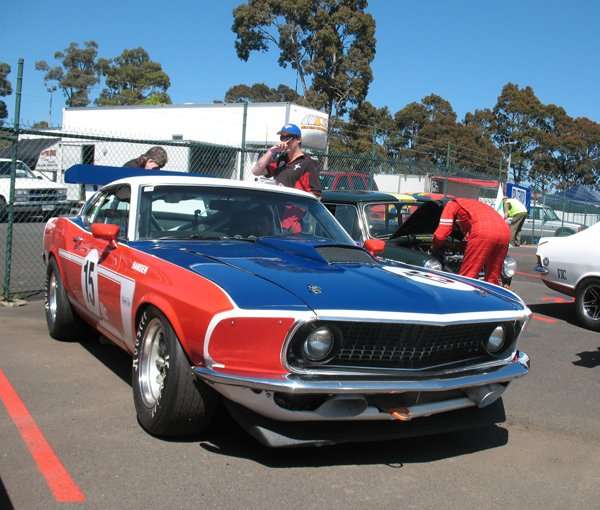 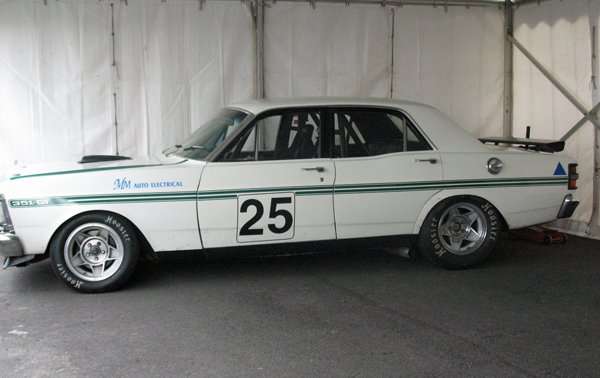 Torana – Like the old days, a david vs goliath giantkiller. Nowadays top engines are pumping out 330 or more hp. Great handling and braking. Doesn’t mind rain. 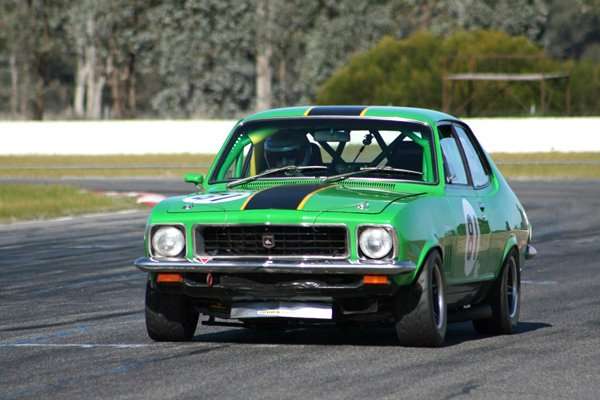 Charger – An allrounder probably better suited to it’s “second life” as a historic racer. Best engines slightly upward of 400 hp. Not best at anything, but capable at many different things. 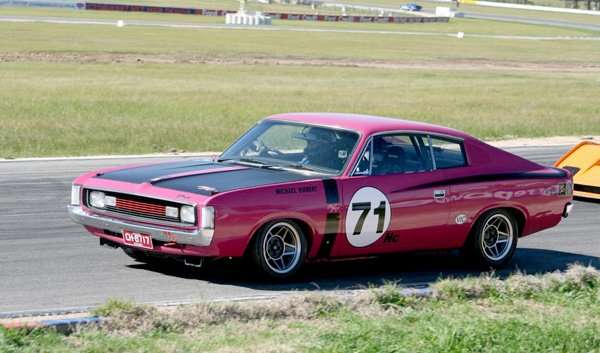 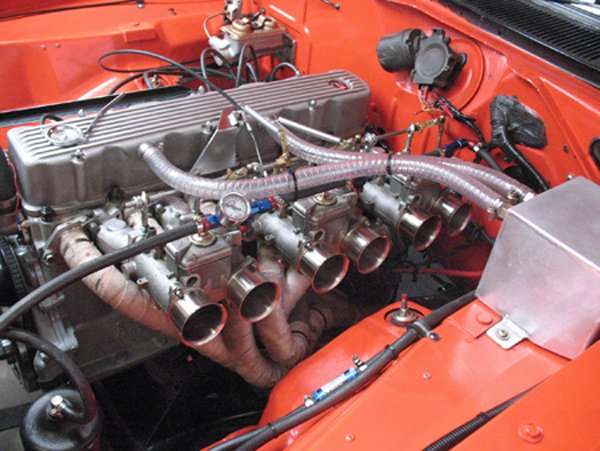 So…. Which approach would you choose? A weapon for the fight? There are other cars to consider, but I have simply nominated some of the obvious and popular ones.

The races are pretty willing, but contact is greatly discouraged. These cars, although replicas /clones (true originals are unrealistic for racing) are way too important and valuable to wreck. As an amateur form of racing, it’s very enjoyable and social, no one is going to make a career out of it. Historic Touring Car racing makes a great spectacle and soundtrack, and as for us we’re having a good time! Although we started from a very low knowledge base, and we’ve had our share of mechanical failures (at one point we’d had more engine rebuilds than race meetingsL), we are slowing working our way forward from the rear of the grid. And if there’s a suitable historic event, we’ll make the pilgrimage to the Mountain……… as a race team.

I certainly would encourage F1B readers to check out the historic racing in your area. I believe if you’re going to Austin you’ll get a really good dose!

Here’s a few video’s to check out: