McLaren’s new executive director, Zak Brown, has given the strongest hint yet that we may actually see a McLaren in a livery that goes back to its heritage. Instead of the Ron Dennis era of “predator grey”, the new livery could be, and I stress could be, McLaren orange.

“We’ve shown it to the guys and girls at McLaren and we’re very excited for our future,” he said.

“We’ve just signed off on the car livery and I think the fans will be excited to find out what the car looks like both technically and visually.”

Perhaps parts of the car will be orange or the whole car or maybe none of it but Ron’s insistence that the team would never go backwards and only look forward could be a notion that, in itself, is looking backwards now that he’s gone.

In fairness, sometimes the cars are painted to match the title sponsor color scheme and in the past that’s been the case but there is no title sponsor demanding a purple car from McLaren that I know if so why not go back to the core color that defined McLaren as the racing team it is?

I’ve also called for Renault to get back to French Racing Blue instead of the yellow and black it has stuck with. It’s a good example of how that team changed its color scheme during the ING sponsor days but in my mind, get back to all things French and paint it blue.

We’ll see if McLaren will make a true break of the Ron Dennis era or will this be “predator grey” with splashes of orange? You know, they did have massive success when they were red and white…just saying.

Like I always say, if you are not fast be colorful. 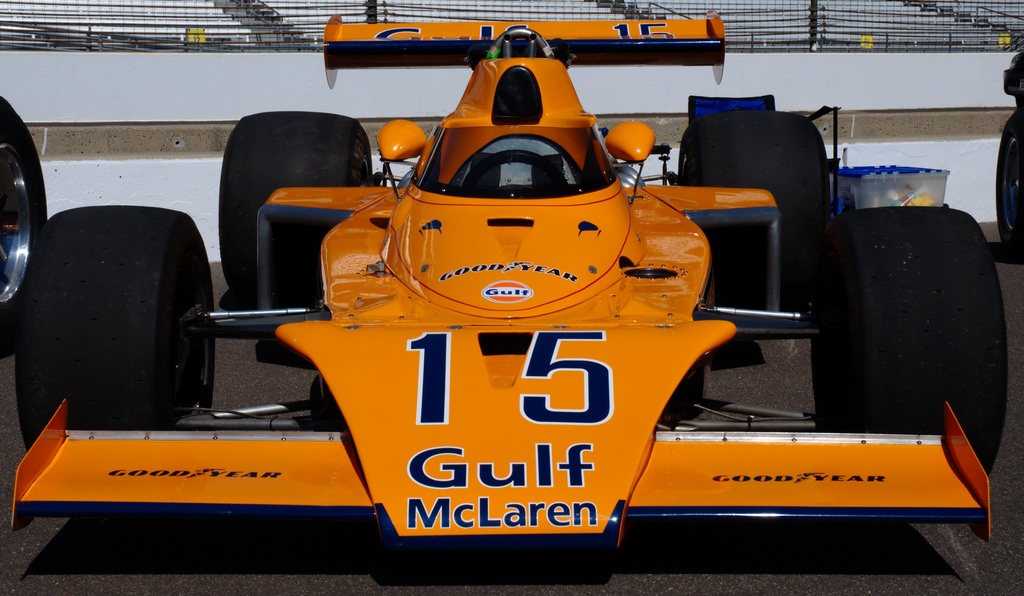 McLaren F1 have only been orange once, in 1968, and at Indy in 1972. If anything their heritage color in F1 has been mainly Red/White when with Honda and Marlboro, which looked a lot like Penske of the day. Otherwise they have been grey or silver with red in various configurations over the years. Not sure why anyone would think they would use orange on an F1 car as a return to their heritage, except for that one year in 68 which gave them their first win in F1, which hardly establishes a precedent… Otherwise, a return to heritage livery… Read more »

Ligier and the prosts looked good in FRB. I think Renault should adapt it. I also hope Mclaren do go with orange. The spykers looked good also.

Where is innovation in livery design? Why always the same stuff for the past 50 years? Where are the modern virtuosos, the Leonardo Da Vinci’s in design?

Why not create a recogniseable Mclaren livery but with a base coat and fluorescent highlights that change as you walk around the car as if the car itself is being rotated in 4 dimensional Euclidean space?

That is innovation, instead of regurgitating the same flat designs for the past 50 years.