We often recall the old days when Enzo Ferrari said he had a car company to generate money for his racing team. It was true and it was an awesome sentiment and insight to the mind of Ferrari as he was a racer at heart.

While it was a prime mover for Enzo, one might argue that this is no longer the case and I would agree with that sentiment. It is part of a much larger automaker empire these days and there is nothing wrong with that. For me, Ferrari, like Mercedes and Renault, are simply a luxury car maker that also has a racing team.

For the last several years (certainly since the mid-90’s), I would have considered McLaren as the one team left that makes road cars to support their racing team. That may have been nostalgia on my part of a clear lack of understanding of McLaren’s history in the 2000’s but I convinced myself that McLaren were still a racing team who made cars and engineered products (like the ECU and other racing kit) to support their amazing racing team.

I should have known better because Ron really moved McLaren to a full business enterprise many years ago. I was just being pig-headed and trying to cling to the thought of one team that still hung out on street corners hawking cars to support their racing addiction.

As City AM points out, McLaren is truly a supercar company that happens to have a race team. My delusion is over and for all the right reasons. McLaren is due the respect it deserves as a true maker of supercars.

Revenue rose 19.1% to £1bn over the nine months to the end of September driven by a boost in the sales of its most expensive models.

Corporate filings state that “there were just 99 Ultimate Series vehicles delivered YTD Q3 2018 whereas there were 278 delivered in the same period in 2019.”

The sales volume may have slipped 4.5% to 3,306 units but the more expensive cars buffeted that decrease to show a healthy gain.

United States sales increased by 20.8% while a decline of 29.9% in Europe is difficult as it is McLaren’s second-biggest market.

“The mix difference is the key driver behind the improved financial performance versus 2018 in the Automotive division as Ultimate Series products are higher margin.” Corporate filings said “this trend is expected to continue to the full year where, despite the guidance on volume being to deliver a similar number to 2018, it is expected that the mix will contribute to an improved financial performance over 2018. This is a story that will continue for the foreseeable future, with the focus of the division being on margin gains rather than volume growth.”

McLaren invested £222.9m in new road car projects and expects to increase sales to 6,000 units by 2025. The F1 team represents 12% of McLaren’s revenue and 84% comes from the road car and applied technologies divisions.

So like Ferrari, McLaren are a road car company that happens to have an F1 team…an F1 team with an iconic and rich history in the sport. Teams come and go but McLaren has always been the British version of Ferrari and some would argue the opposite but in the case of Ferrari, it was here long before McLaren. Regardless, it is good to see McLaren on the right trajectory both on and off the track.

What happened to Ron Dennis? 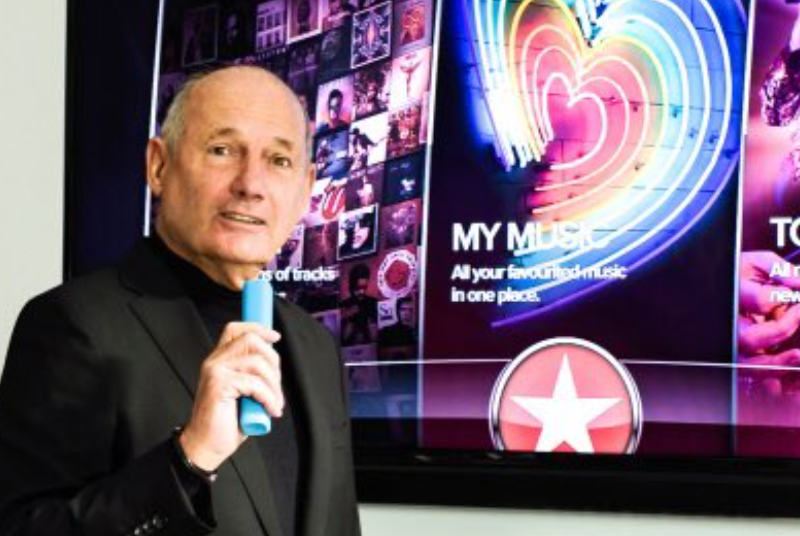 Speaking of Ron Dennis, you may be wondering what he’s been up to since being shown the front door of the circular empire in Woking. Not one to sit still for long, Ron is now a 10% owner in Roxi a new music streaming service to compete with Spotify.

“Ron Dennis is one of the UK’s most successful entrepreneurs, having founded and grown the McLaren Technology Group,” said Roxi chief executive Rob Lewis.

Roxi has a catalogue of 35m songs but it also offers karaoke, music games and audio experiences for yoga and meditation. Karaoke? Looks like Ron beat Lewis to the music industry and I am now waiting on the Ron Dennis “greatest Hits” album! Nice, Ron!

so, does this make McLaren a “works” team?

One of my main ‘you’re given a ridiculous amount of money to do something’ fantasies is to buy and turn Panoz into the American version of McLaren or Ferrari.

The other involves an evil lair.

Wonder if they have this song on their catalog?

“Isn’t it bliss?
Don’t you approve?
One who keeps tearing around,
One who can’t move,
Where are the clowns?
There ought to be clowns?
Just when I’d stopped opening doors,
Finally knowing the one that I wanted was yours
Making my entrance again with my usual flair
Sure of my lines
No one is there”