The SF15-T the sixty first car built by Ferrari specifically to take part in the Formula 1 World Championship. It is the second car made by Ferrari since the reintroduction of turbo engines in 2014. The first year of these new regulations was extremely challenging for the Scuderia and the lessons learned have been applied vigorously to the SF15-T to create a car that is in every respect a large step forwards with respect to the F14-T.

The most striking visual difference between the SF15-T and its predecessor is the lowering of the front end of the car in accordance with the change of regulations for the 2015 season. After a few seasons of rather unappealing aesthetics, the 2015 rules permit the SF15-T an attractive nose shape which also brings excellent aerodynamic performance. Aside from the nose area, the regulations for 2015 are largely unchanged. This has given the Team a stable base on which to engineer a much stronger chassis than the year before:

A casual glance at the back of the car reveals a much more tightly packaged rear end which allows more downforce to be extracted from the critical surfaces around the rear of the car. The rear wing family has been extensively redesigned to deliver stable performance in corners while producing a larger DRS effect on the straights. The front and rear brake ducts have been remodeled to produce more cooling of caliper and brake disk while generating more downforce than their 2014 counterparts. Both front and rear suspension kinematics have been overhauled to present the tyre to the road in a manner that allows better use of the Pirelli rubber. 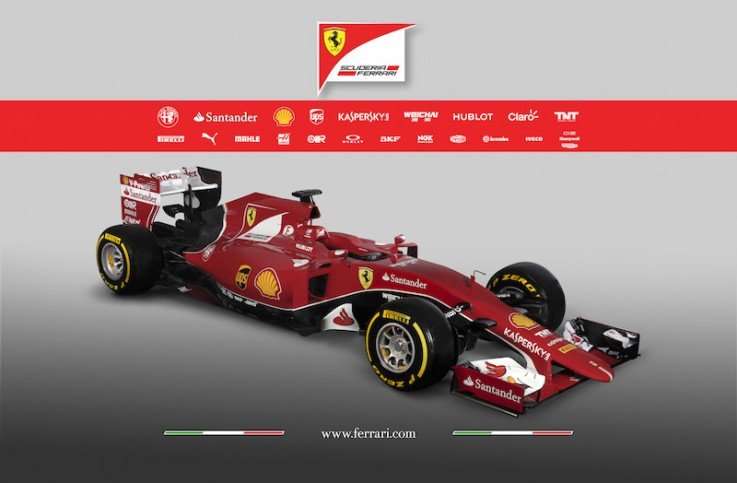 As in 2014, the current rules place heavy emphasis on the strong integration of Power Unit and Chassis. Integration is not just about packaging – finding neat homes for all the myriad equipment in the car – it is more about making sure that the PU and Chassis are specified so that the resulting vehicle will have the highest possible performance. A range of carefully chosen design targets ensure that the SF15-T has optimum choice of cooling to provide the best overall downforce and power levels. In addition to carefully designed internal airflow, the SF15-T has a much improved cooler matrix layout that allows several tenths of a second per lap compared to the previous year. 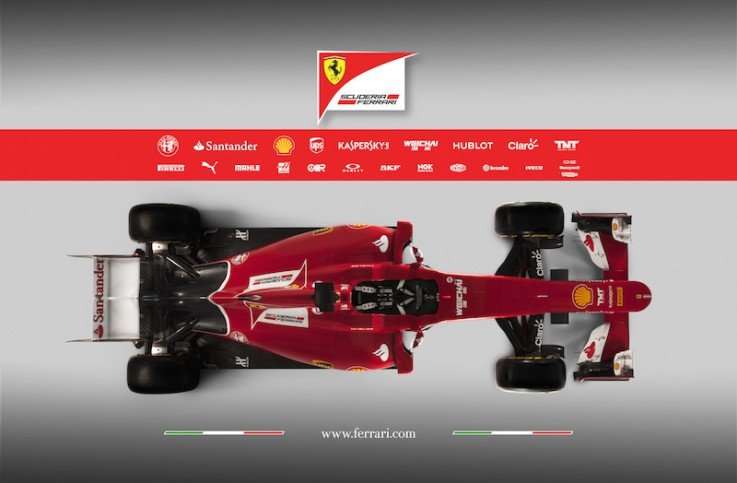 The broadly stable regulations for 2015 have allowed us to work on the details of our transmission, carrying forward lessons learned in 2014 to make sure that the SF15-T is a step forward in all areas. The choice of 8 forward gear ratios are fixed for the entire season once they are run in the first race, and our experience from last year has allowed us to choose these ratios carefully for best use over the course of the season. The clutch, traditionally a strong point for the Scuderia, has been further improved with a series of detailed changes to make sure that the SF15-T will continue to enjoy strong performance off the start line.

The regulations allow the weight of the car to increase by 11kg with respect to the 2014 car. The SF15-T uses this extra allowance in the regulations to buy some additional performance features under the skin of the car while retaining a workable level of ballast to trim the centre of gravity of the car.

The 2015 tyres are little changed from 2014. A new rear casing tested by all the Teams towards the end of last year delivers better rear end grip, especially while loaded in combined conditions of cornering and traction. The range of compounds for the season and the selection of compounds taken to each circuit will be very similar to 2014. However, the performance level of the SF15-T will be much higher than the F14T, and should allow us to exploit all the performance available in the rubber. 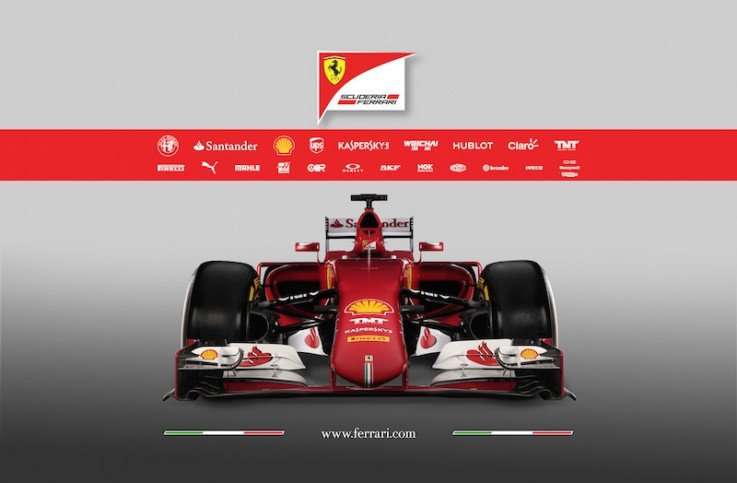