McLaren released their 2015 challenger, the MP4-30, today online. The Honda-McLaren relationship hasn’t been in Formula 1 for 23 years but it returns with a new look and bespoke engine for the new car that will be piloted by Jenson Button and two-time champion Fernando Alonso. 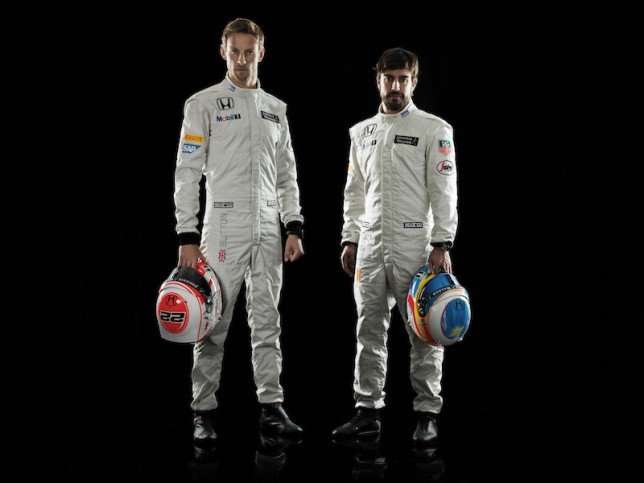 “Although the winter period is a time for rest and relaxation from racing, my motivation could not be stronger for the new season. I’ve done a lot of training during the winter break, to reach my peak physical fitness, and I’ve been working hard in preparation for this new era of McLaren-Honda. I’ve never felt better, or more ready for a new season.

“Of course, we’re prepared for a steep learning curve, but it’s clear to see that inside McLaren-Honda there’s total commitment, and a real change in feeling, as we start this new partnership. We’re all focused on the challenge ahead, and I feel extremely honoured to be part of a relationship that has shared so much history together. My aim is to help write a new chapter in the history of McLaren-Honda. We understand the effort and teamwork required to take McLaren-Honda back to where it should be, at the front of the grid, and all our energy as a team is focused on that goal.

“Our first target will be to learn the maximum from the car at the pre-season tests, understand the package, and extract as much performance as possible. That won’t be easy or trouble-free, but we’re ready for that. Why? Because our key focus will be on development. Historically, McLaren has already been characterised by its ability to bring updates to the car quickly, and develop a strong package. It’s going to be a real privilege to be the first person to drive the new McLaren-Honda MP4-30 at Jerez, and I can’t wait to begin what I’m certain will be a very exciting new chapter in my career. I’m as motivated now as I was when I was given my first opportunity at the wheel of an F1 car.

“Last but not least, I’m excited to be sitting alongside Jenson [Button], a great team-mate and a very experienced competitor. Together we’ll push the team forward, to learn, to progress, and eventually to achieve the best possible results together. We are ready for the new era.” 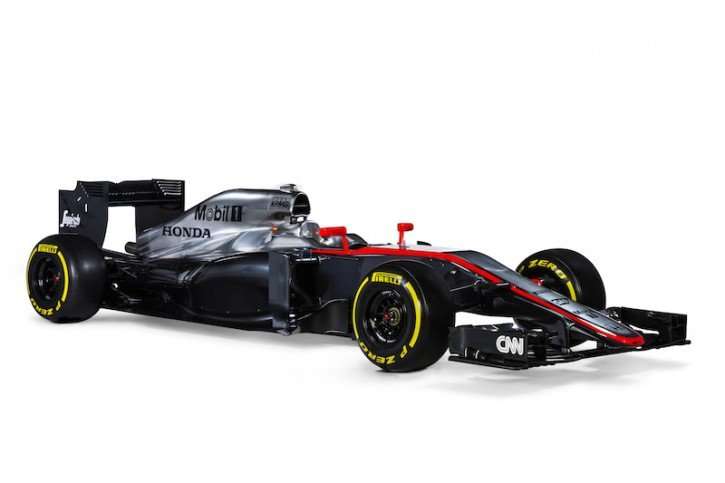 “The off-season has really brought about a sense of renewal coming into 2015 – continuing my relationship with McLaren, getting married, and now embarking on such an exciting chapter: McLaren’s new partnership with Honda. I’ve trained hard over the winter, and I’m absolutely itching to get going in the new McLaren-Honda MP4-30.

“It’s been interesting to spend time in the factory during the past few weeks: you can really sense a feeling of reignited optimism and positivity around the building. I’ve never seen such motivation amongst the guys – we’re all massively keen to get going in Jerez and to work hard on developing our new car. But we’re under no illusion that it will be easy – there’s a huge challenge ahead of us to try to pull back the gap to our rivals, but we’re certainly up for it. We ended last season with great momentum and clear progress, and I’m determined to carry that forward into 2015.

“I’m also looking forward to working with my new team-mate, Fernando [Alonso], and I’m confident that our joint experience on track will pay dividends in our development race to get our team back to the front of the grid. I’m hugely motivated to make more history in this new McLaren-Honda era.”

“McLaren Technology Group is driven by the relentless pursuit of technological perfection, and, perhaps more than any other element of our portfolio, Formula 1, which is the remit and responsibility of McLaren Racing, and now McLaren-Honda, most famously epitomises that.

“McLaren-Honda is a partnership focused on performance, technology and innovation, and there’s no better example of that than the results achieved in our first collaboration in the 1980s and 1990s. I was Team Principal all those years ago and, while I don’t tend to like looking back to the past, our previous record of sustained success was certainly instrumental in creating the confidence to make the decision to partner with Honda again. Now, there’s real hunger to demonstrate the capabilities of the huge talent pool we share between us, and I’m totally committed to driving progress and achieving further success.

“Although our renewed alliance began again many months ago, the launch of the McLaren-Honda MP4-30 marks the start of a lengthy journey. We’ve come a long way already and, although there’s a lot of work to do before we can expect to repeat the level of success we enjoyed together 25-or-so years ago, it’s already clear that there’s enormous synergy and potential in our partnership, and I’m positive that, together, we’ll get to where we want to be: winning Grands Prix and eventually World Championships as McLaren-Honda.” 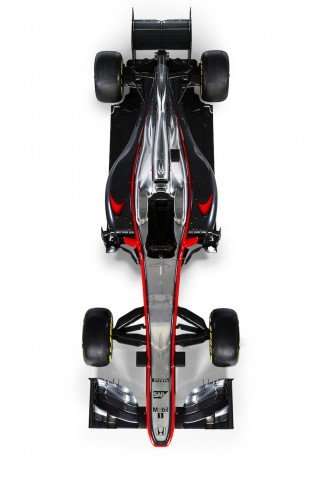 “The start of the 2015 season is actually the culmination of a period of great change, and change for the better, plus a huge amount of hard work from everyone in our team.

“It’s almost a year since I arrived in Woking, and, together with Ron and Jonathan [Neale, Chief Operating Officer, McLaren Racing], began an extensive restructure within McLaren Racing. We’re now seeing the benefits of that extensive restructure, and the result is a strengthened, skilled and efficient team, characterised by undimmed commitment from everyone throughout our organisation.

“For a team with such incredible heritage as McLaren, being able to build on our past successes is hugely important to us. It’ll take time to attain the levels of success we aspire to, but you may rest assured that, in concert with Honda, we are totally focused on fulfilling the potential of our exciting new partnership.

“I firmly believe that our team is stronger than ever, and that it’s in the best possible position to push the development of the MP4-30 forward. Progress is our purpose, and we’ve seen firm evidence of that from the very beginning of our renewed relationship. We acknowledge that our journey will require a huge amount of hard work, dedication and application from everyone involved, in both Woking and Sakura, but we’re ready and committed to building on the foundations we’ve already established in order eventually to enjoy the results we crave.

“McLaren and Honda are completely integrated and united in our purpose, and we share a fantastic sense of optimism: that together, in time, we’ll create another legacy of success.”

Previous articleRenault makes big changes for 2015, Honda may not like it
Next articleSCCA – Muscle cars are making a comeback