The Williams F1 Team launched its 2013 race car the FW35, at the Circuit de Catalunya in Spain today. The latest Williams is a culmination of more than 12 months’ research and development by the team’s technical departments in Grove and features improvements in several key areas over last year’s race-winning FW34.

“Given the rule stability over the winter,” says Williams Technical Director Mike Coughlan, “I’m pleased with the gains that we’ve been able to make with this car. It’s a better, more refined Formula One car than the FW34 and I think everyone involved in the project can feel proud of the work they’ve done.”

Despite being an evolution of 2012’s car, more than 80 per cent of the FW35 is new. It has a new gearbox, new rear suspension, new radiators, a new floor, new exhausts, new bodywork, a new nose and a significant amount of weight has been saved as well. 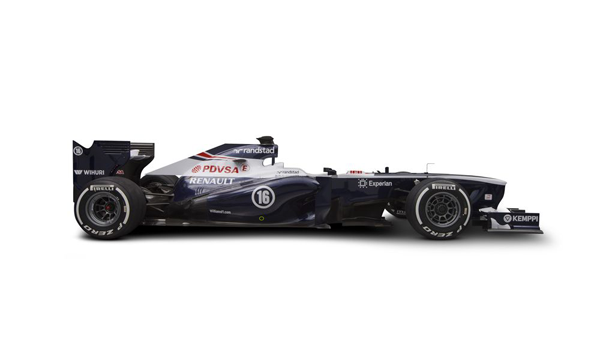 With many new parts on the car, the team has carried out a lot of reliability work over the winter. The gearbox alone has already completed 3200kms on the dyno, a lot of which was conducted in the form of five straight Grand Prix weekends.

Today’s unveiling of the FW35, however, with its drivers Pastor Maldonado and Valtteri Bottas is only the beginning. From here the car will continue to be developed throughout the year, beginning with an aerodynamic upgrade in time for the first race. By season’s end it is expected that the FW35 will have made strong performance improvements and Coughlan is in no doubt over the main area of gain.

“The Coanda effect is going to be a big thing for us,” Coughlan says. “There’s been no rule clarification concerning this area of the car, so we’ll work closely with Renault to maximise the available gains. Use of the DRS is more restricted this year, so we’ll take some resource away from that and focus on other areas.”

Frank Williams, Team Principal added: “A group of talented people with good imagination and plenty of courage have been working together to build the Williams Renault FW35.  We will have to wait until Australia to truly see what we have, but we believe it is step forward from last year’s car which was also a very competitive vehicle. Pastor is a delightful character who is a massively determined racer, whilst Valtteri is quieter but still waters run deep and he is a highly gifted driver. 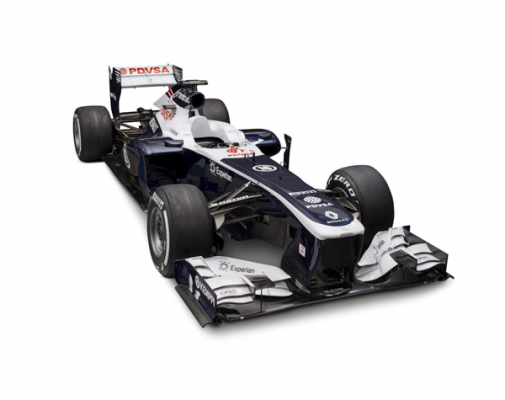 “Williams has been at the top many times over the last 30 years. It’s the nature of the sport to have ups and downs, but when we are down we always fight our way back. I’m hoping that with the current team we have in place, our new FW35, the combined talent of Pastor, Valtteri and Susie, and the continued support from our partners; we will be in a position to challenge the very best.”

Pastor Maldonado: “Starting my third season with Williams is important for both myself and the team.  We’ve been working hard to develop the car and improve our performance. Last year we won a race and were competitive, but this season we must be even more competitive which I believe is possible. Consistency will be our aim to close the gap to the teams in front. There are a number of changes this season; I have a new Race Engineer and a new teammate in Valtteri, but there is a nice atmosphere right now as we are all competitive and know each other well. Being part of the Williams family is very special as a driver and I want to thank Frank for not only giving me the opportunity to drive for him, but also to deliver a win. My goal is to help take the team back to the top.”

Valtteri Bottas: “It feels great to now be promoted to race driver with Williams this season. It’s a big step and I’m really looking forward to it. I have been doing a lot of training, meeting with my engineers and working in the simulator in preparation; so I feel ready. We know we have improved our car from last season but I am looking forward to seeing how it compares on track. We have a busy test programme ahead but I’m really excited. The moment the start lights go out in Melbourne is a moment I have been building towards my whole career.”

Susie Wolff: “I’m incredibly proud and excited to have increased my role with Williams this year. It’s been a busy start for me as we awaited the arrival of the FW35 but I highly rate Mike Coughlan and his team and they have done a great job. Being the first to get behind the wheel of the FW35 at Idiada was a real honour. It was a special feeling to drive the FW35 out of the garage for the first time and successfully complete its first kilometres in front of many of the team who have put so much effort into the design and build.”

The team has eight days of on-track testing in Barcelona scheduled with the new car, prior to leaving for the Australian Grand Prix at the beginning of March.