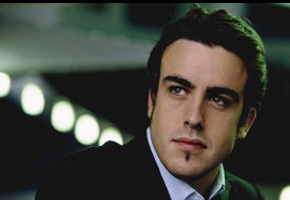 The Italian newspaper Gazzetta dello Sport has suggested that Fernando has a signed deal at Ferrari for 2011 and possibly sooner if the Iceman Kimi Raikkonen continues to melt (due to global warming and a lack of KERS in F1). All of this seems like yet another speculation except that even Autosport admits that the source is reputable.

Pino Allievi says that the deal is done and while many have said this before, Luca Di Blah, blah, blah did not quell the rumors but addd:

“He’s a fantastic driver, no question. I like him. Particularly in Japan he drove a great race. He’s a champion and a team leader, but for the moment we don’t have any problem with our current drivers.

“That is why we confirmed officially Massa and Kimi until the end of 2010. Life is long and in the future we will see. But for the moment we don’t have any grey areas regarding drivers for the next two years.”

Now color me reactionary but that is quite an endorsement. Let’s face it, Fernando at Ferrari would be a very strong challenge indeed. Except if I were Kuca, I would be signing Vettel instead. I know, and before I get accused of hating on Fernando let me say that I think he is the best driver on teh grid right now but Vettel, in my opinion, may be the best driver on the grid for tomorrow. I tend to look forward and not the here and now. That is reminiscent of the Detroit Red Wings philosophy on winning Cups. Yes, you can buy the best now and win a cup or you can try to create and empire like Ferrari did with Schumi.

In the end, having Vettel and Fernando may just be the death knell for Lewis and McLaren. Maybe…

Red Bull signs five more…
20 hours ago by Fabio
I guess ultimately RBR need staff as they don’t have ...

TPF Podcast Mailbag
2 days ago by Dan
Perez getting Driver of the Day was really odd at ...