News in German: Sutil near Force India deal + Red Bull refuses to have No. 1 driver 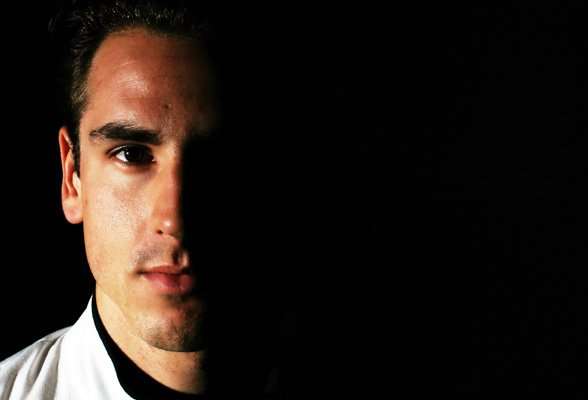 Adrian Sutil — who had been part of the past 48 hours’ most hilarious Silly Season rumor — is set to stay at Force India, his manager tells auto-motor-und-sport.

And in another bit of German-language news, Red Bull’s owner says the team will not anoint Sebastian Vettel as its No. 1 driver next season. That according to Welt am Sonntag.

Both bits come via the BBC.

You can take the Sutil news a few ways. The first is as a major missed opportunity for Adrian. Midway through the season, when he was a hair ahead of Michael Schumacher, it seemed he’d be the golden boy catch of this off-season. And then he, and the team, just were awful during the last part of the year. I don’t think I’m surprised he is keeping his seat, but I wouldn’t have been shocked if he got booted out for a combo of Paul di Resta and a pay driver. That’s how bad it was.

The rumors, by the way, this week were a combo involving Felipe Massa. One had the two set to switch seats next season at about the point where Sutil started to fall off. The other, even more outlandish, still had Sutil replacing Massa, who maybe would move to Renault.

Well, Adrian made sure that wasn’t about to happen. To make a crazy overreactive statement: I think Sutil has missed his chance for a great career. He needed to move on and up this next year. Perhaps both the team and he will turn it around for a complete season in 2011 — despite the lousy finish, it was Force India’s best season by far, after all — but the competition seems pretty fierce.

The other news I’ll let you all dissect. Dietrich Mateschitz is maintaining his stance that Red Bull won’t have a No. 1 driver, and he says he expects Vettel and Mark Webber to push each other on in the title fight again next season.

It worked this year, right? So can we argue with that? The only worry I can see from here is that Webber will be even more desperate if he is in the hunt. Maybe the implosion everyone was expecting this season will happen next year?

Previous article
Your View: Does Michael want it enough?
Next article
Seems time for Buemi to start getting nervous