“If you, or anyone you know, has seen this man, contact Nico Rosberg”. It’s not easy sounding like Robert Stack on Unsolved Mysteries in text but it seems we do have an unsolved mystery on our hands.

Mercedes driver Nico Rosberg took to Twitter with a photo of the perp who stole his yellow helmet at the German Grand Prix in July.

my race helmet got stolen out of the garage. please help to find the thief. http://t.co/QTdbwn6tRO pic.twitter.com/eaY2IHJfoj

No one is suggesting that person is you but if it were you, Nico would like his helmet back. If you know this person, Nico would like to talk with you about your friend and his obvious lack of respect. If you haven’t a clue as to who this person is, Nico really doesn’t need to hear from you.

Thievery in Formula 1 is certainly a factor and security is sometimes difficult at large circuits. The Williams F1 team had a major theft with all of their laptops stolen in Brazil a few years ago and it seems as if someone stole Kamui Kobayashi’s career in F1 as well.

You have to admit that with nearly 400,000 Twitter followers, there might be a good chance that one of Nico’s fans may know this person and turn him in. no word yet on where Helmet Marko was at the time of the theft. 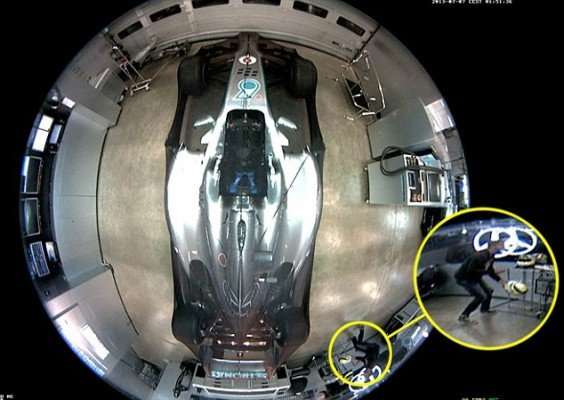 Not in any order: N Lauda M Schumacher A Senna…