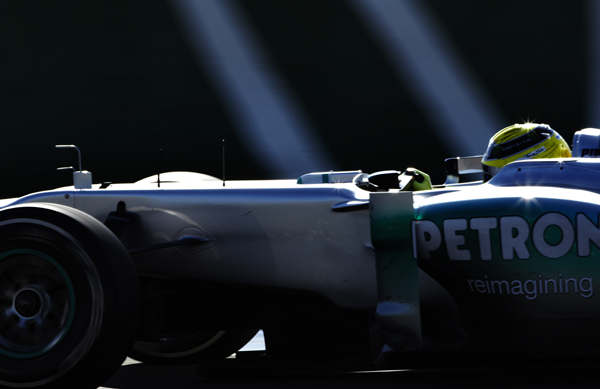 While Michael Schumacher, Christian Horner and even Martin Whitmarsh have made their case that the Pirelli tire compounds of 2012 have had a major impact on the sport, and not necessarily a positive one, the contrarian role, as often played by Nico Rosberg, has kicked in once again in the tire saga.

AUTOSPORT caught up with the German and had a chat about the tires in 2012. The Mercedes AMG Petronas driver and recent grand prix winner said:

“Personally, I think it’s great for the season. We’ve had four winners in four races, [so it is] all mixed up. It couldn’t be better for Formula 1. Also within the races, with the tyre degradation and with lots of overtaking, we’ve had lots of exciting races.”

Now this is the same sentiment shared by many F1 fans the world over and while I agreed with this during 2011, I’ve juxtaposed that with my feelings in 2012 and I still feel that the tire could be tweaked a little to find a slightly better balance but that’s just my opinion. Schumacher’s case, and I think it’s well intentioned, is that teams are starting to treat this more like an endurance race by cruising to lap times and not pressing the limit like a normal Formula One sprint race that it is. It depends on what you like I suppose but for Rosberg’s part, he’s a fan. He’s also a big fan of DRS and KERS. He’s 3 for 3 in favor of constructs in F1 so keep that in mind when endorsing his stance on the tires.