Op ed: A change in the wind, or history repeating? Either way, it’s got this fan worried 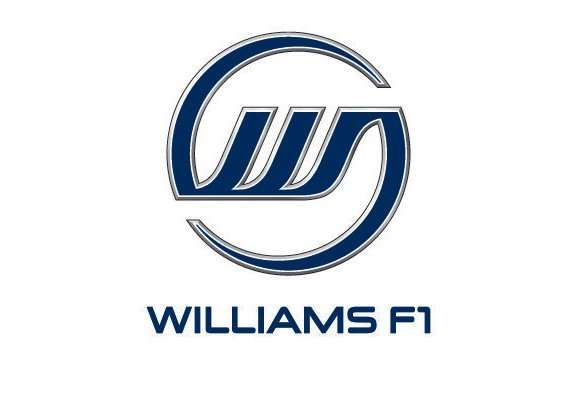 Generally speaking, I like to consider myself a fairly impartial F1 fan and viewer, but I will gladly admit that any semblance of neutrality – with real objectivity being an illusion only a fool clings to – flies out of the window where Williams are concerned. Or at least, I have to fight very hard to reign in the emotions and recover some composure on the topic. But for this article, I’m going to throw caution to the wind, and talk about Nico Hulkenberg’s dismissal – and Williams’ somewhat maverick personnel policies (they have been that way since time immemorial, incidentally) – in terms of how they make me feel. And let me apologise, you’re in for a long read, if you’re up for it.

It’s not been a great decade for that wonderful Oxfordshire outfit, in fact it’s been the first truly bad one in the team’s history. No championships, only a handful of race wins, and worrying prospects for the future, not least financially – that’s the grim outlook at the Grove just now.

For me, though, there were four genuine rays of sunshine this season: firstly, Cosworth; also, the strong relationship Rubens Barrichello seems to have forged with the team (I worried that Rubens, who Sir Frank himself said in a recent BBC interview “likes to be mollycoddled emotionally, and told how good he is,” would not fit in at all at something of a tough-love, old school team) and his consistent performances that ultimately secured sixth in the constructors’ title; then the marked improvement relative to the competition over the course of the season, showing that Williams had seemingly found the right development path with their two new drivers; and, most spectacularly and least importantly, Nico HÃ¼lkenberg breaking the team’s 100-race pole drought.

As much as I loved that one hour of television (and I really, really did), I’ll try not to focus on it, because Sir Frank Williams and Patrick Head would be the very first folks to point out that you get nothing for performing on Saturdays. It’s particularly fresh in their minds after the BMW years.

Start at the beginning

I also don’t want to run headlong down the “has Williams given up and resigned themselves to the status of an under-funded privateer team?” alley either, because – and this might come as a shock to some of you – Williams has always been a relatively under-funded privateer team. It’s too long a tale to tell here, but I heartily recommend Maurice Hamilton’s book “Williams” to those with an interest in the outfit. It’s a great read, and nicely sums up the team’s history, including numerous unofficial bailouts from Bernie Ecclestone, and Sir Frank’s roots as a paddock wheeler and dealer, selling spare parts and sometimes even entire cars to various racing outfits.

Williams Racing was born when one customer didn’t pay up for a chassis, another couldn’t purchase an engine, and Sir Frank’s enterprising secretary pointed out that he could put one inside the other, bolt on some other bits and bobs from the stores, and go racing. (Those were the days… But I digress.)

Williams has had pay drivers from the moment the team added a second car to its lineup, and the team’s first Ã¼ber-talented lead driver, Sir Frank’s dearly departed friend and former flat-mate Piers Courage, basically drove for peanuts and because it was his way to the top.

This is the team that rang up Ayrton Senna and flat out lied – saying that Nigel Mansell had promised to drive for them for free – hoping to get hold of the best driver in the sport on the cheap, knowing he really wanted to drive the quickest car on the grid. Even in Williams’ absolute heyday, both in terms of cash readies and performance, the wages of a driver like Senna were considered an unjustifiable expense. After all, the lesser driver in the better car can still win, when push comes to shove.

So, to a greater or lesser extent, Williams has always been something of an underdog – but an underdog that won. Frequently. Far more frequently than the Ferraris of this world liked. It was Williams, in no small part, that killed Renault in the 80s, and that nearly bankrupted that Italian team we all talk about so often (outperforming – nay – humiliating them for three decades along the way), and that gave Ron Dennis plenty of headaches as he sought to build a modern-day, more corporate F1 privateer dynasty. The only answer for Dennis and McLaren, ultimately, was to poach Adrian Newey and then jump for joy as Williams simultaneously lost its then engine supplier, Renault, at the end of 1997 – the day the music died.

Enough with the silly nostalgia

OK, back to the here and now. If senior folks at Williams were reading this, they’d be liable to wretch – despite being proud of the past, they are much more concerned about the recent past, the present and the future. They’re worried about precisely six winless seasons (well over 100 races now), about no championships since 1997, and about how to change that situation going forward.

Or at least, that’s what I thought… I’m beginning to wonder.

Yes, the team has always been about doing more with less, if we’re to reduce sporting excellence to jargon – but is Williams losing its strategic sense of how to cope and plan with its resources, especially in the medium/long term?

If Nico HÃ¼lkenberg (you see, I am getting towards a point!) hadn’t got his act together at the back end of this season, Williams would have lost out on sixth in the constructors’ title, losing all-important cash from Bernie. And if Nico Rosberg had had a more competent team mate in 2008 and 2009, the team might be far better off right now, in terms of prize monies – and sponsors. But there was a point with Kazuki Nakajima, he brought Toyota works engines with him in the pre-Cosworth era.

With a pay driver like Pastor Maldonado, he’d only be bringing money. And one bad season on the track, coupled with a few crashes, would quickly wipe out any material gains by way of repair bills and missing performance bonuses. I don’t mean to overly slight the Venezuelan, he is a genuine prospect, and won the GP2 season at the fourth attempt pretty impressively this year. Last year though, teamed up with a rookie German named Nico HÃ¼lkenberg, he got handed his backside on a platter.

HÃ¼lkenberg progressed undeniably this season – since round nine in Valencia, he made Q3 seven times out of 11, and scored all bar one of his 22 season points. Not incredible, maybe, but not half bad. And all season long the team had raved about how well he and Barrichello worked together and the similarity of their driving styles – which I would argue was born out by their quick mid-season development. It started to seem to me like the team had found the perfect mixture of expensive experience and relatively affordable youth, including a youngster who Sir Frank felt could one day win a title, hopefully at Williams. Having gained his spurs, the folks at the Grove could have expected Nico to be on pace from day one in 2011. Maldonado would be a rookie next year, so even if he were blossom into the real deal over time, it’s only natural that there would be a period of relative hardship as he learns the ropes.

Unlike Rosberg last year (another future champion Nico, if you ask me), HÃ¼lkenberg didn’t seem to have anywhere better to go just yet – the team could have kept him. If Williams’ finances really are as solid as they say, it seems strange that they plan to break up a partnership that was looking rather promising. And that’s what this whole story boils down to, right? We can’t look at the balance sheets.

Another thing Sir Frank Williams told the Beeb not too long ago, with genuine remorse, was that it had been too long since Williams had had a truly top driver at the top of his game. Then why let a potential champion go over a few bucks? Okay, a fair few bucks.

I will gladly write this sad tiding on a rock – with all due apologies to Brazilians and fellow Williams fans – simply because I would LOVE to be proven wrong in the near future:

Rubens Barrichello will not win a World Championship at Williams.

But, with all the help Rubens and the smallish-team-that-can could offer, I was beginning to think Nico HÃ¼lkenberg might.

Previous articleTweet of the Day: Nico Rosberg is Britney Spears
Next articleFerrari’s F1 season: Great or not?