Op-Ed: But what about Jose Maria Lopez?

With the news that USF1 is seeking some grace form the FIA on just how many races they can miss without being kicked from the series or egregiously punished, the questions start to mount on just what will become of the beleaguered F1 team. 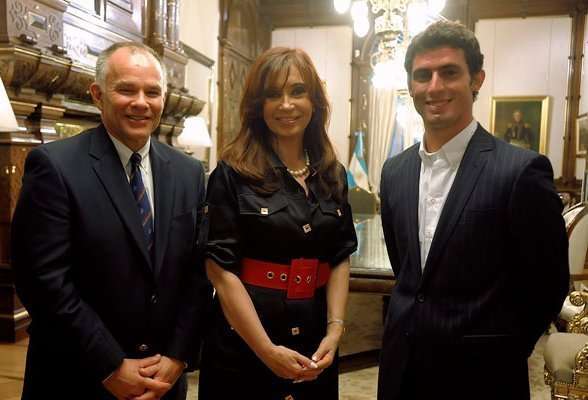 According the New York Times USF1 has suggested missing up to four races and is seeking FIA approval for such. This tells us a lot about their current situation. But what about current USF1 driver Jose Maria Lopez?

It was Lopez and his website, native country newspaper and subsequent comments that started the unraveling of the USF1 situation this week. Argentinian news papers and Lopez’s own web site suggest that there was trouble in River City and so it seems.

Lopez has been rumored to have flown to London to seek guidance from F1 circus master Bernie Ecclestone and today’s rumors have Lopez seeking out other options via USF1’s Ken Anderson’s own words. What options those may be are beyond my reckoning.

Surely Lopez’s relevancy in F1 was only boosted by his appointment at a team that seems still-born at the moment and with so many other current and more accomplished drivers still looking for rides, what are Lopez’s chances of landing a seat at any team…even a test role?

When Nick Heidfeld, Christian Klien, Anthony Davidson and others can’t find a ride; Lopez is surely in for a let down of epic proportions. His appointment at USF1 had lifted his spirits and to see them foiled as his team has thrown itself at the doorstep of the FIA for dispensation is a heart-breaking moment to be sure.

There is one small thing to consider, however, and that is the backing and money that Lopez has..presumably. It seems as if Lopez has the backing of the Argentinian government and it was suggested that he may have access to approximately $8mm for some lucky team. That is a big difference from Klien, Heidfeld and Davidson. In an era of pay-to-drive pilots, this makes Lopez worth a peek for any team needing cash.

The bigger question is, does Kazuki Nakajima bring more cash? Does Jacques Villeneuve bring more money? These are some of the names being punted around as the remaining seats in F1 are at a premium.

Campos Meta announced its restructuring and presumed salvation at the hands of veteran and journeyman Collin Kolles and at some level, that $8mm might come in handy as he is faced with a daunting task of getting a car ready in three weeks. With Bruno Senna already signed to the team, a South American driver lineup may be an interesting notion. Interesting too is the cash to help cover the immediate costs of assembling the car and buying the rattle-can paint to get the car ready for Bahrain.

It is sad, disappointing and a good case study on how not to run an F1 team and Lopez’s short tenure at USF1 is even more saddening. He had the cash and backing but the team couldn’t manage its way to some modicum of success even over a short 12 months. Tragic on epic proportions. The Public Relations has been insulting and if it weren’t for Lopez’s website, we still wouldn’t know what was going on.

At some level, I am inclined to say that I hope Lopez finds a ride. He showed a lot of trust and guts in attaching his horse to the Windsor cart and for that, I feel he deserves some redemption. I feel the same for Bruno Senna and I think a Campos Meta role would be a perfect place for the Argentinian and his government fueled slush fund. Kolles could us the waling around money indeed.