I was perusing the McLaren website for more information on the new “stunning” MP4-25. I was stunned to find it…NOT ORANGE! A missed opportunity for the folks in Woking to really stick it to the man in Germany for leaving them for Brawn GP. A stunning opportunity to reduce themselves to one of the purest, most virile moments in motorsport history… THE ORANGE MCLAREN! How the fans would have reveled and the locals would have drank until Susan Boyle looked gorgeous. But it was not to be. 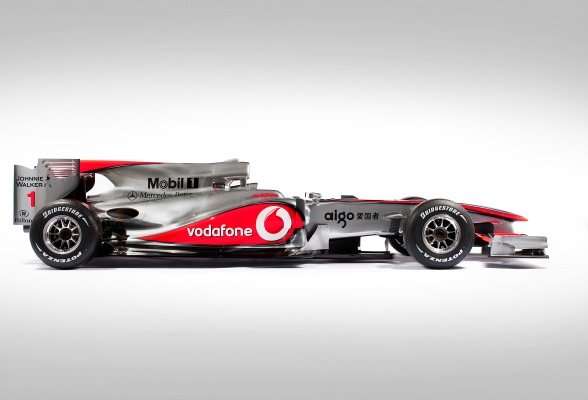 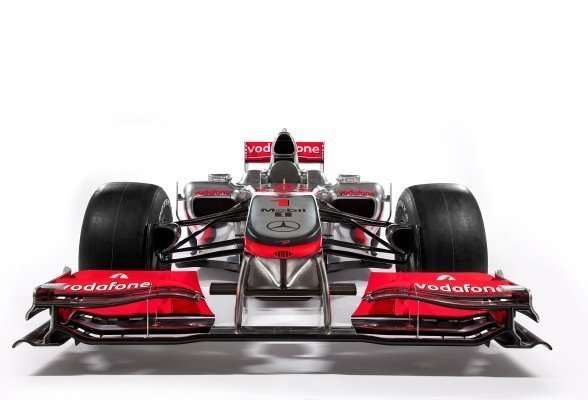 Tragically it is more of the same. The shark fin extending back to the wing is not a new concept as many cars tried it last year…with the exception of McLaren. Stunning was the use of the word “stunning” in their press release because unless I am mistaken, the car was developed in their stunning facility for two stunning drivers. Now that is stunning. What’s more stunning is that a press release would use the word “stunning” twice. Someone needs to get a thesaurus over at Woking.

Speaking of dinosaurs, the new stunning MP4-25 looks like a Stegosaurus with its wacky fin on the spine of the car reaching back to the tail. For that reason I believe “Stunning Steggy” would be a good name for the car so I am going with that–Macca fans be damned.

While Grace is waxing poetic, along with many others in the media, of Stunning Steggy’s “radical” new design–I don’t see it. I see an evolution of a 2008 car–all of them were ugly by regulations–and a shark fin with some interesting curves. Don’t get me wrong, the car looks good if you like that sort of Lego Macca look but for me, the real testament to the cool car award of the year has yet to be launched. Yes, Red Bull Racing’s Adrian Newey may just show us what “radical” and “stunning” really is.

McLaren missed the co-op branding of their new road car, the stunning MP-12c which is orange or burnt sienna depending on which Crayon box you have, as they could have carried that color to their new F1 car and gave Mercedes the stunning, proverbial silver finger. Probably not something to be taken lightly as that is the lump in the back of the car.

I did notice the stunning Merc logo emblazoned on the nose and I wonder if that was a contractual obligation or just McLaren being really nice. Also, the campy photos of Lewis Hamilton and Jenson Button playing with mobile phones and taking stunning pictures of each other by the car was a stunning touch to the launch.

In the end game it really matters not what the car looks like compared to the Ferrari. You can scrutinize the wings, barge boards, diffusers and wheel base but Bahrain will ultimately prove just how “stunning” and “radical” the MP4-25 is.

Unveiled at Vodafone UK’s stunning headquarters in Newbury, the 2010 car looks noticeably different from last year’s race-winning MP4-24. MP4-25 features a radical aerodynamic overhaul and a significantly larger fuel tank to take full advantage of this year’s new regulations, and its design team is confident it has explored every possible avenue to maximise the car’s performance.

Horsepower once again comes from our friends in Stuttgart. Mercedes-Benz’s FO 108X V8 subtly improves upon an engine which has become the benchmark in Formula 1, winning the last two drivers’ world championships.

The team kicks off its 2010 campaign with a stunning driver pairing: 2009 world champion Jenson Button and 2008 title winner Lewis Hamilton. It is the first time since 1989 – when it ran Alain Prost and Ayrton Senna – that the team has fielded a joint-world champion driver line-up, and marks the first time in Formula 1 history that the sport’s two most recent world champions have been partnered together.

I think the boys from Woking deserve a pat on the back for the aero work and design. The car looks good and compared to Ferrari’s homogeneous appearance it is “stunning” but I do like the comment regarding “our friends” in Stuttgart. With friends like that, who need enemas?

The verdict? Your opinion? Radically different? Stunning? An evolutionary development on the 2009 car with a shark fin? Looking back at the 2009 car, there is no doubt they have made interesting changes in aero and design and honestly while I am being cheeky, the car does look great and I am sure that McLaren have really burnt the midnight oil on this baby to give life to a new and improved car. They have a lot of ground to make up from 2009 and lets hope they’ve done that in stunning style.

According to McLaren…they are stunning, remarkable, radical, strong and deep. Fair enough but can you dance?

Previous articleKovalainen on McLaren: ‘I didn’t get everything out of the team’
Next articleStefan GP seal Toyota deal, Whitmarsh approves