So you want to be a racing driver? Or at least know what it feels like, well over the past few years there has been a growing segment in motorsports that’s away from the eyes of the TV audience. In the current racing world spec car formula series are the norm sadly, even our beloved F1 cars are hard to discern between each other should you strip the sponsor logs off. One market that reminds me of the old formula car days where there was a spectrum of different makes being built and sold out of enterprising engineers garages is the purpose built track day cars. 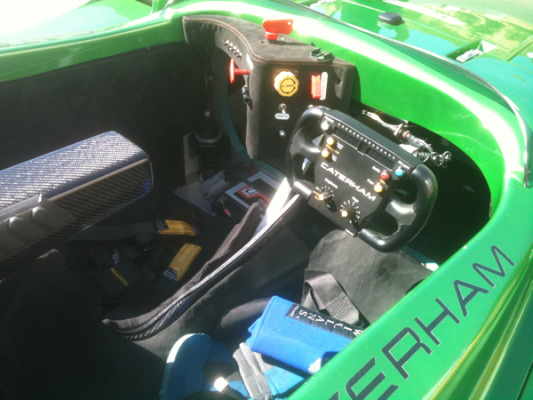 Now things are skewed a little of course as racing is more expensive than ever so these cars are not for the faint of financial heart, more for the men and women who have been lucky enough to earn a few extra bob and have a love of cars. From Radicals, to BAC Monos, Gumperts and Normas all these cars need to be ready to go and without excessive maintenance and reliable so you can just show up and go!  Hopefully I can make this an on going feature, so bring them on people! 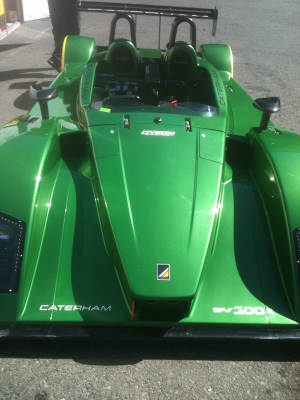 First up with its ties to the F1 team, I thought very appropriate was the Dyson Racing Caterham SP/300R. Chris Dyson has the rights to this sleek prototype in the US and while on a tour across the country was kind enough to stop by SimracewayPDC at Sonoma and let me have a try. The car was originally designed by Lola before it went tits-up but is assembled and built by Caterham and has a number of components that we are very familiar with here at Simraceway. 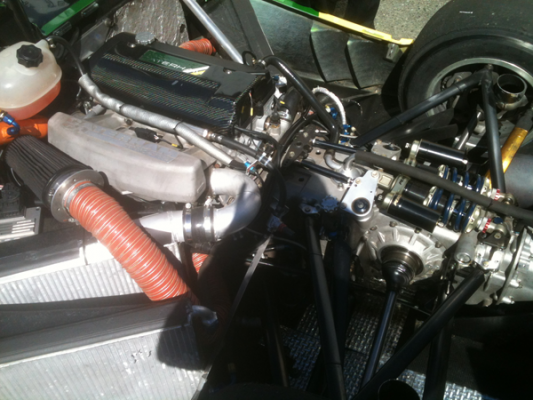 Firstly the rear is the same as our F3 cars, gearbox, suspension etc so the pedigree of the real racecar is obvious from the beginning, this is tied to a aluminium honeycomb monocoque chassis very similar to the Lola Sports 2000, right hand drive and 2 seats are wrapped by a very attractive set of bodywork with rear wing & diffuser balanced by a front splitter that can pull perhaps around 2.5gs in the right hands. As I mentioned before this is mainly aimed at track day drivers so not only is it good looking on the outside but the interior is also spruced up from the normal functional cockpits I’m used to with felt covered dashboards, seat and interior walls, and a removable steering wheel—it has the look of an F1 car with shift lights across the top dials and buttons galore (no DRS though!). 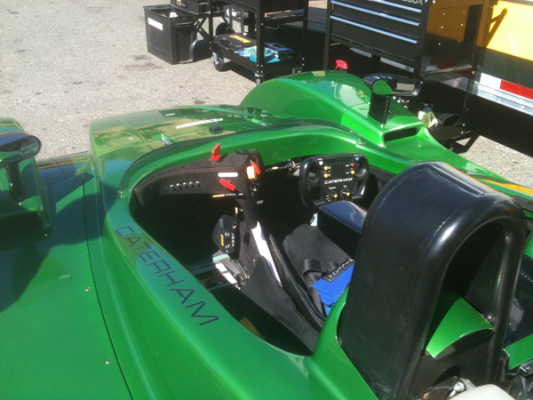 Dyson, with its vast experience in prototype racing, have added their own touches for the US version including some carbon fibre upgrades including a head protection located centrally in the cabin. The car has a sequential 6-speed gearbox with no lift upshift and autoblip downshifts, gears are selected through the paddle shifters on the steering wheel as are the afore mentioned shift lights, so if you want to know what it’s like to be in an F1 car things look very similar, bar the extra seat to next you so how cool is that! 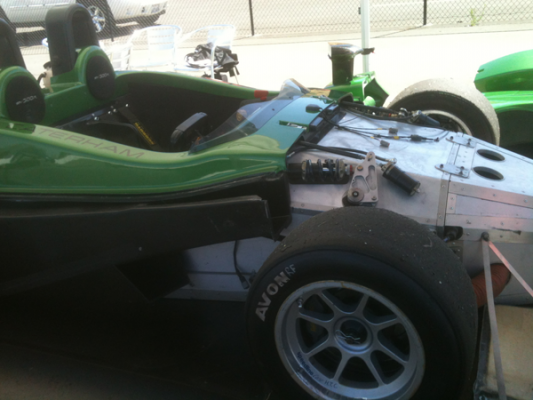 Truth be told I haven’t driven a car of this ilk without a roof (bar a kart) for a very long time so I thought I could be a good barometer for the first time driver. As in most formula cars you really need to be positioned correctly in the cockpit and with no electric seats, tilt & telescopic column or seat bolsters it can take a while to get everything the way you want it.  Pedals are adjustable via slots that are accessible under the car, and if this is your baby then a purpose built seat is the call. 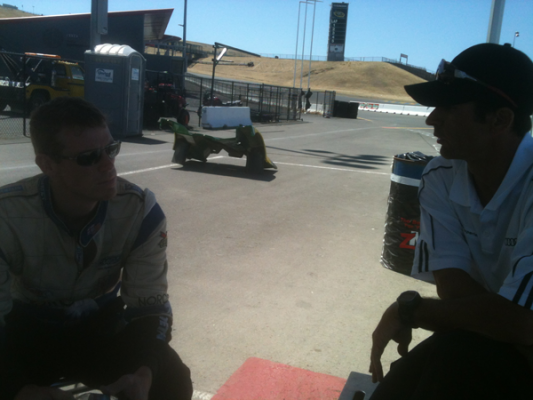 This is a serious machine, and should be treated as such because if you’re not completely enveloped, any movement can be uncomfortable and off-putting to really pushing the hammer down. So I slide into the seat and as with most cars I fit pretty well, so just a couple of pads here and there. I probably should have taken more time but it was close to the end of the day and I didn’t want to lose a lap for the sake of it. 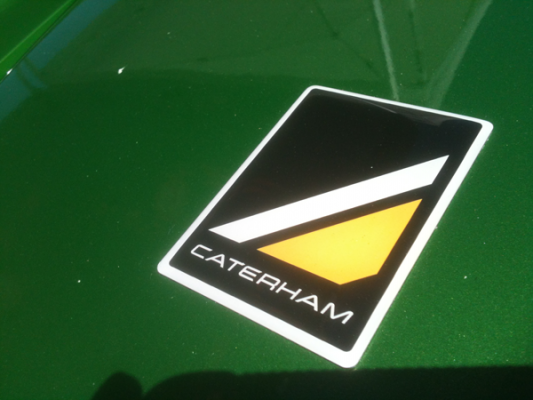 I’ve got to say I was a little nervous but once in the car it all just looked and felt right so those nerves turned into a mouth watering appetite to dig in. Belts on by the friendly Dyson crew, air jacks down (yes very cool as well, I know) flip a couple of switches and the over 300hp supercharged Duratec breaths into life. The one thing you don’t ever want to do as a race driver is stall the bloody thing in front of God and everybody, so first things first, get it up the road. Thank goodness the clutch was as easy as pie and with no fuss at all I was heading out of pit lane. 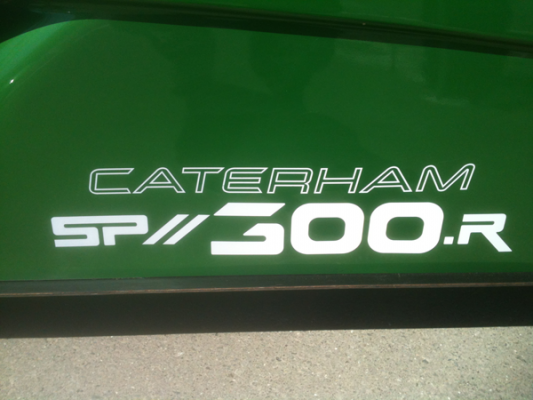 Now as you know I’ve driven many laps around the Sonoma track but heading up into the tricky turn 2 it felt very different, being late in the day I had the benefit of a nice splash of sun right at the turn in point, where the hell is my sunshade! Oh that’s right I don’t have a roof, tyres are a bit cold and with any new car you drive you’re not sure what to expect when you turn the wheel. 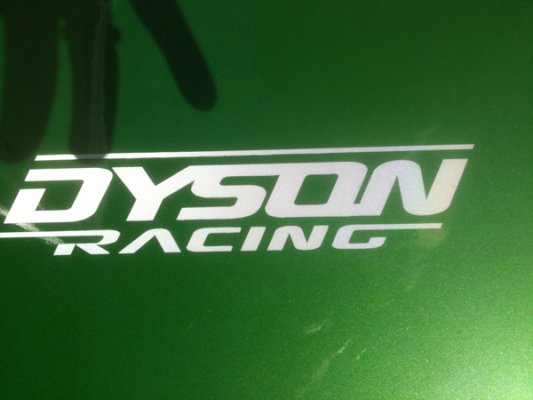 The tyres are a nice size and they afford a fair bit of mechanical grip so no issues except for a little understeer over the crest, which is a normal occurrence especially if you are being easy. Then it’s time to see about power delivery, so I squeeze the throttle on the run down to turn 3, 3a. No issues at all, I’m used to more power and less grip but you never know do you. The car instantly feels comfortable and begs for more, past dreams of F1 stardom flood into my head again, easy now boy it’s just a track drive and Chris Dyson needs it back in one piece. 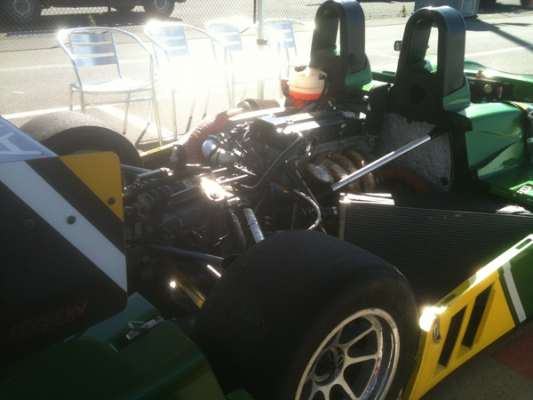 Always one to build up slowly in a new car (all part of my low budgetary constraints throughout my racing life) so I stick to my DNA and brake early and medium pressure (I think it likes it a little harder my brain tells me) this is of course the case but it’s time will come. Next the quick left right and I am surprised by the light feel on the steering wheel, this is a notorious place to stress the steering as you plunge down into a compression and have to then quickly turn back to the right and over a crest, but it’s very easy to change direction physically. 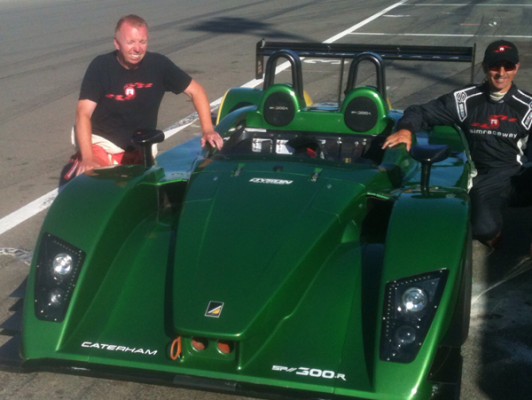 Then down to turn 4 and another chance to press that middle pedal a little stronger, nice very nice, the car is very stable under the brakes and the ability for you not to fight the car on entry enables you to float it to the apex very smoothly and keep a flat plane for maximum grip.  Plunging through the famous carousel turn 6, I start to pick up on the downforce pushing the car into the tarmac and start to pick up the throttle a little earlier than I normally do. Increasing throttle all the way out to the kerb I come to the nearly only piece of straight road (sort of) on this track and accelerate to turn 7 usually the top speed portion of the track, hard brakes and down to third the gearbox is fluid as the electronics replace all those years of the art of heal-toe practice.

But as fluid as it is it still feels like a racecar gearbox, so don’t expect Audi road car here, but you wouldn’t want that anyway right? The fun of this car is that it really is a racecar just put together so the average enthusiast won’t be intimidated and can get some great instant speed and gratification out of it. So next it’s through the esses and down to the turn 9 chicane, hard braking, down to 2nd right- back on the power, marvelous! 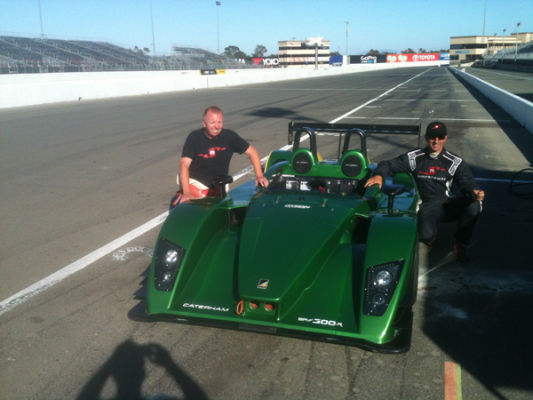 Down to turn 11 then back on the main straight, nearly a lap completed. Now before I drove, Chris Dyson shook it down and your friend and mine our Simraceway F3 chief instructor Nico Rondet had a few laps, so I know I wasn’t going to match their pace here but I also didn’t want to look like a granny, so now was the time to get with it a bit more, up to 5th past the pits then its down to 4th before turning up hill back to turn 2.

A few more successive laps lent to a steady increase in corner speed and later braking points and nothing but pure pleasure. It really was a joy to have my head out in the open again and the easy nature of the Caterham led to getting with the program very quickly. Now if they thought I’d come in on my own accord they had me sussed wrong, I know they can run these things for over 2 hours on a tank but sadly the wave from pit lane beckoned the end of my run, a nice cool down lap allowed me to let it all sink in, what an absolute pleasure to drive and what a great car for anyone looking to get your ya-ya’s out on a track. Now conceived as a track day car Dyson are looking into finding a class to run in here, so once you’re up to speed I’m sure the next step of competing would be almost irresistible. So it looks like I need to go get a new helmet and suit because I’m starting to like this!

Next up Aston Martin GT4! 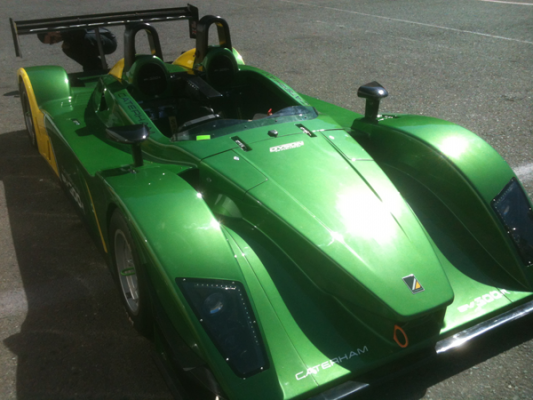