Sergio Perez made his debut at McLaren in full Vodafone garb and it was a press moment not unlike the multitude that have preceded a new driver at a team…the inevitable, if not dog-eared predictability of the infamous “driver equality” question.

Sure, Perez is new to the team and Jenson Button has his feet on the desk but like any other driver combination McLaren has fielded, they maintain that their socially equitable ecosystem demands parity between drivers and that Perez is no less or more important to their efforts in 2013 than Button:

“The fact is Jenson has got the advantage in terms of knowing the team, he has the experience and he is a World Champion. Jenson will be very generous with his time and his share his opinions, but when he pulls out of the garage, Jenson will want to beat Sergio and Sergio will want to beat Jenson.

“That is the mentality in our team. They will have equal treatment. I think that competition in the team is good.”

What we’ve seen at McLaren are differing degrees of equality and one need look no further back than the pairing of David Coulthard and Mika Hakkinen to see the delicate nuance of what equality may or may not mean in the heat of the battle. It was an interesting contrast to Ferrari’s patently stark proclamations about #1’s and #2’s at their team and how drivers are merely participants to drive Ferrari’s brand to success. Those brash comments were usually met with derision from McLaren who trumpeted their ethical equality as a moral high-ground compared to the knuckle-dragging de-evolution of Ferrari’s position toward drivers. 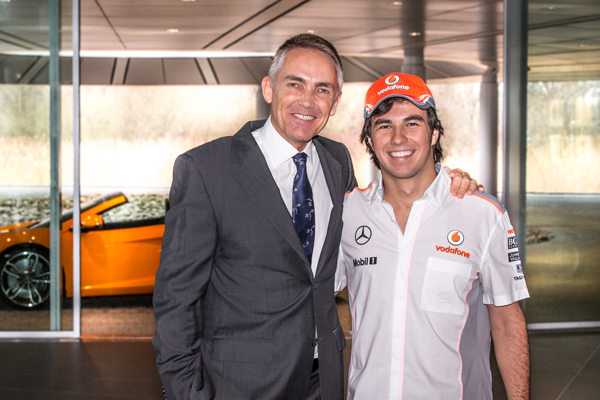 In deference to McLaren, they have expended, possibly, more emotional and physical resources in attempting to hold to their high standards than most other teams in Formula One and I commend them for that but that really isn’t gaining a lot of social capital from me as I tend to think in terms of team, not driver. I tend to think like…dare I say it…Ferrari. At the end of the day, there are championships to be won and millions of dollars in shareholder value at risk for the teams that spend so much for success.

True equitable treatment can, given the circumstances, cost a team dearly and McLaren have been the team most willing to sacrifice itself in the quest for social parity. For that, they do win marks but sometimes not titles and I’ll let you determine how you feel about that. As a McLaren fan intent on seeing titles won, does their bullish anchoring to the parity of drivers fill you with enough satisfaction to outweigh shooting themselves in the foot over not issuing team orders to maximize their world title efforts?

I like McLaren a lot although most know I have been a Ferrari fan my entire F1-watching life but I’m not without perspective and my admiration, praise and respect for the team in Woking knows no bounds…quite simply, they are awesome! That being said, I think McLaren have wanted to be the British version of Ferrari and in doing so, perhaps the brand will become more important than the philosophy of being equal to their drivers…it isn’t about the drivers, as Lewis Hamilton has proven, it’s about McLaren.  Ferrari learned this long ago.