The Marussia F1 Team revealed its 2013 challenger – the MR02 – to the media this morning, ahead of the opening day of pre-season testing in Jerez, Spain.

The MR02 represents a comprehensive evolution of the 2012 car, which proved to be the Team’s most successful package in its three formative years of competition, borne out by its progressive development during the latter half of last season. Certain elements of the new chassis have been subject to redesign to accommodate important new developments aimed at achieving a further performance step. In addition, the MR02 is the first complete car conceived using a design philosophy of CFD complementing wind tunnel. Although the Team’s 2012 in-season development was conducted in this way, the MR01 from conception to launch was all-CFD. 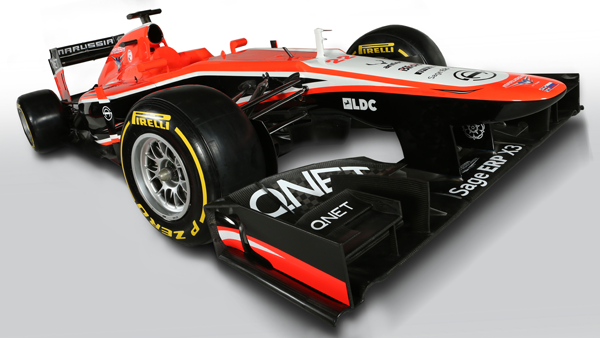 The heart of the car bears the most significant area of redevelopment due to the requirement to accommodate the KERS installation, which is new to the package this season. This created a busier-than-usual programme for the designers as they sought to integrate the system whilst, at the same time, reducing the overall weight of the chassis, maintaining stiffness and meeting the demands of the mandatory FIA crash tests. The Team is pleased to have met all those requirements, aided by a strong partnership between the Marussia F1 Team engineering department and the first-class support provided by Williams Advanced Engineering in respect of the adopted KERS system. 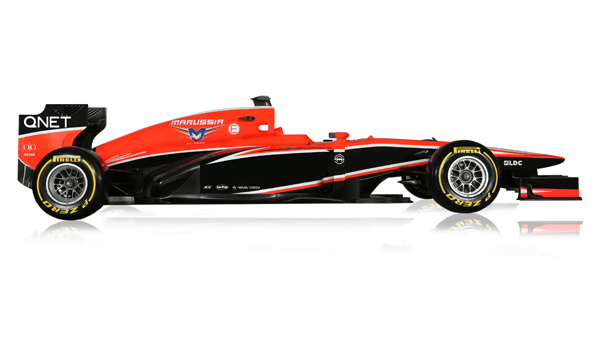 The Team continues to enjoy similarly strong partnerships with its drivetrain partners Cosworth and Xtrac. Cosworth’s experienced engineers continue to work tirelessly to develop the reliability, power, driveability and fuel consumption of its engine within the tight parameters of Formula 1’s technical regulations. The MR02 will be powered by Cosworth’s CA2013K power unit this season. The Team’s transmission technology partner Xtrac brings an evolution of the 2012 gearbox design, with particular attention paid to increasing the installation stiffness of the suspension.

The technical partnership with McLaren Applied Technologies continues to provide some of the tools which allow the Marussia F1 Team to design and develop an increasingly competitive race car, in particular the use of wind tunnel and simulator. The new Pirelli P Zero tyre shape for 2013 was a significant design factor and one which required the Team to be very diligent in the process of its model to full scale wind tunnel validation.

A further key area of consideration in terms of the aerodynamic development of the MR02has been achieving enhanced cooling efficiency and hence improving air flow over the rear of the car. This is clearly evident in the new side pod design solution and a more aggressive Coanda-style exhaust, which the Team believes will be a key area for development in 2013. As is likely to be the trend up and down the pitlane, the Team will field its major aerodynamic updates in time for the final pre-season test, to allow for maximum tunnel proving time.

Such was the progressive nature of the Team’s 2012 development programme, particularly in areas such as the front and rear suspension, certain elements of theMR01’s mechanical design have been carried over to the MR02 to facilitate maximum focus on other major considerations, KERS in particular.

The Team now embarks on the first pre-season test of the year with a four day programme at the Circuito de Jerez. Max Chilton will put the new car through its paces for the first time when the programme gets underway later this morning. 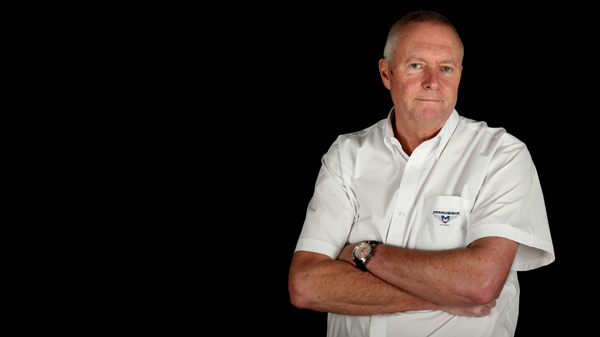 “We embark on the first pre-season test of 2013 feeling very positive about our new car – the MR02 – and what lies ahead in this next important chapter in the development of the Marussia F1 Team. Whilst we have experienced some changes over the winter, the one area of stability we have enjoyed is the one that is most important to our progression from here, the design of our 2013 race car, led by our Technical Director Pat Symonds. The incremental steps we were taking in the latter half of last season gave us the confidence to not only fight hard for 10th place in the Constructors’ Championship, but to feel encouraged by our overall design direction, which was the basis for the car we are fielding here in Jerez today.

“We are confident that the MR02 is the product of evolving elements of last year’s package whilst integrating the new KERS system. It was said many times during 2012 that, notwithstanding the impressive steps we were taking in other areas of our development, KERS – or the lack of it – was the defining factor in determining our position relative to our immediate competitors. KERS was however a ‘strategic omission’ from our package until now; we opted to place the emphasis on aerodynamics, so that when we were in a position to bring the system to the car, we already had the strongest possible basis and its integration would be relatively straightforward. Thus far, this has certainly been the case, as our trackside engineering team have spent the winter refining their tools and preparing for the addition of KERS to ensure we can hit the ground running with effect from this week and use the short period of testing we have to get the car optimised for Melbourne.

“It is early days in our pre-season development programme but there is a great deal of optimism amongst the Team for what lies ahead. With that in mind, we all look forward to seeing the MR02 make its on-track debut later this morning.”