The Lotus F1 Team E21 has been unleashed today from the team’s Enstone base in Oxfordshire, England.

Revealed to team partners on site, streamed live on YouTube and broadcast live on Sky Sports News in the UK, the E21 will contest the 2013 FIA Formula 1 World Championship with drivers Kimi Räikkönen (E21 n°7) and Romain Grosjean (E20 n°8).

With only limited changes to the technical and sporting regulations from 2012, the E21 continues the design themes seen in its race-winning predecessor, the E20. However, it is pushing last year’s concepts even further as well as incorporating some innovative technical solutions. The new car also features a slightly tweaked livery, incorporating an extra touch or red.

Eric Boullier, Team Principal:
“I think it is fair to say that great things are possible from the team and the E21. The leap we made from 2011 to 2012 showed what we are capable of. Add to this the continuity and potential of our driver line-up and we have a very powerful cocktail for the season ahead. Our ambitious plan to turn ourselves into one of the top teams in Formula 1 is coming to fruition and now we need to harness this with strong and regular podium results.”

James Allison, Technical Director:
“The E20 proved itself to be an effective racing car – particularly towards the end of last season – so there is an element of expectation from the E21 and plenty to build upon. We have continued with our design themes and tried to create a more efficient and faster racing car based on all the lessons we learnt last year. How successful we have been in this task will only be discovered when we take to the track at the winter tests and – more significantly – at Grands Prix.”

Kimi Räikkönen, Race Driver:
“Of course, I’ve not driven the E21 yet so it’s difficult to say what could or could not be possible for the year ahead. We know we had a good car last season, but everyone is working hard to make the best package. I will be working with the team to help get the car as strong as we can, then in Melbourne we’ll have our first taste of results. It’s a long season from there. 2012 was a good start; let’s see what we can do in 2013.”

Romain Grosjean, Race Driver:
“I can clearly say I want to score a lot of points for the team – everybody knows that – but I think it would be wrong for me to say I want to finish in a particular position in the championship. I really want to jump out of the car as many times as possible thinking that I did a good job. Knowing that everything I could do, I did, and feeling proud of my race or session. I hope to feel that way as many times as possible this year.” 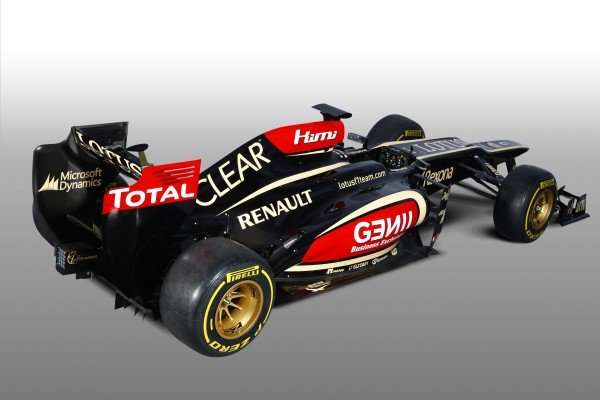