Scuderia Toro Rosso today revealed its new car, the eighth in the team’s history, in the Jerez de la Frontera pit lane, at an event organised by the team’s Spanish sponsor, CEPSA. The wraps were pulled off the STR8 by our unchanged driver line-up of Daniel Ricciardo and Jean-Eric Vergne.

While the drivers are the same, the new car is the work of a changed and strengthened technical team. STR8 is the first car to be designed by a group led by chief designer Luca Furbatto, who joined the company just over a year ago, while the whole project is overseen by James Key, who has been the team’s technical director since last September. 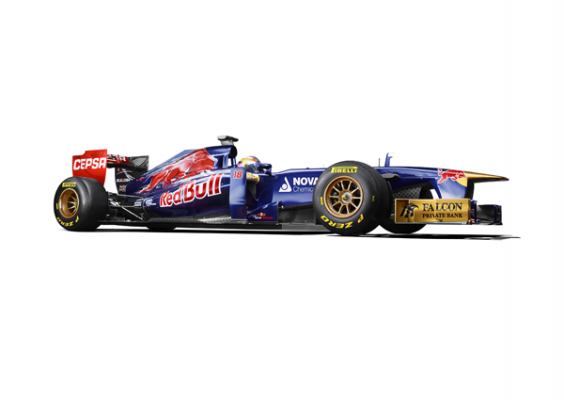 Pedro Miro (Chief Operating Officer, CEPSA): “Last year at Jerez was the first time we were involved in a car presentation. Maybe for Franz and the team it was just another presentation like many others, but for us it represented our first full season in F1. For CEPSA, being in Formula 1, the highest level of motorsport, is an important link to the technical avant-garde and also helps promote our expansion on an international level and our spirit of striving to be among the best. Our close relationship with Toro Rosso means we have shared in their plans and projects ahead of the 2013 season and we have witnessed at first hand the great efforts made by everyone. We believe a great championship awaits for both CEPSA and Scuderia Toro Rosso.” 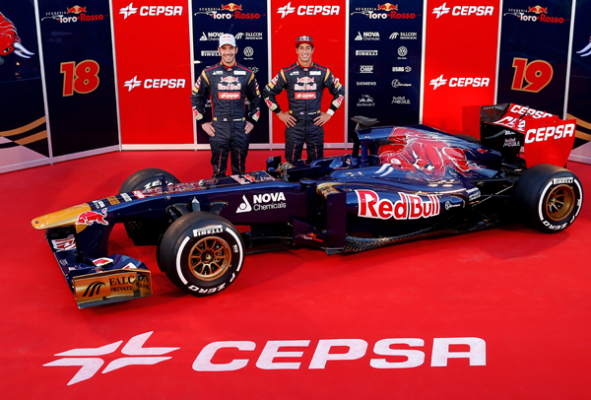 Franz Tost: “Formula 1 is approaching a new era, specifically in 2014, and, at Toro Rosso, we have already made significant changes to our structure both in terms of manpower and facilities, to be ready for that. We believe the changes made will also help in the short term for this coming season and, combined with the fact that Daniel and Jean-Eric are more experienced, now that they have a season with us under their belts, we start winter testing in a mood of justified optimism.” 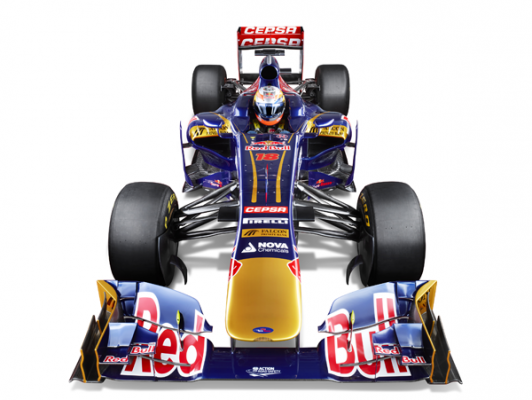 Daniel Ricciardo: “The 2013 version of me is a more confident person and driver, with more self-belief than last year. I’ve always had the desire and determination to succeed and now I’m ready to reinforce that and let everyone see what I’m all about. I spent most of the winter Down Under and when I came back into the factory in Faenza, I could feel a very positive atmosphere with everyone excited about the new car. The target for us this year is very simple: to improve on last year.”

Jean-Eric Vergne: “Going into this season is a completely different experience to this time last year, when I had to deal with a lot of unknowns. I had to learn the majority of tracks, understand so many details about Formula 1 and adapt to working with the team. This year, I will still be learning – you never stop in Formula 1 – but the basics are there and I will be able to focus on more important aspects of the job. In general, I sense a new philosophy within Toro Rosso: I wouldn’t say people are working harder, but maybe they are going in a better direction.”

Previous articlePurely on looks, which F1 car has it?
Next articleElvis on F1: Testing