Pirelli: All the numbers from 2016 F1 season…yes, Max passed the most

Each year Pirelli amasses a huge amount of data to share with Formula 1 fans around the world. The data is an interesting read just to get an idea of the logistics and challenges they face in supplying the series. When we get a little chippy over a tire issue, this is a sobering reminder at just how good this company is at providing such a massive service to the teams.

“This has been an incredible season both on and off the track: here are a few facts and figures as a souvenir of a year that will go down in history. Pirelli has introduced a brand new compound – the ultrasoft – and also new regulations that allowed teams to use three compounds during each race, selected in advance. This extra tactical intrigue proved to be a highlight of the year, enhancing the show still further. We also had the final season of tyres with a deliberately high level of degradation, as from next year we adopt a new philosophy in line with the latest direction for the sport. At the same time as completing this season, we were testing for the next one: both using prototypes in 2016 dimensions, and then, from August, prototypes in 2017 size on adapted mule cars over 24 cumulative test days. As a result of that, and the biggest calendar ever featured in the sport, we completed a longer distance, at higher levels of performance, than has ever been seen before in the history of Formula 1.” 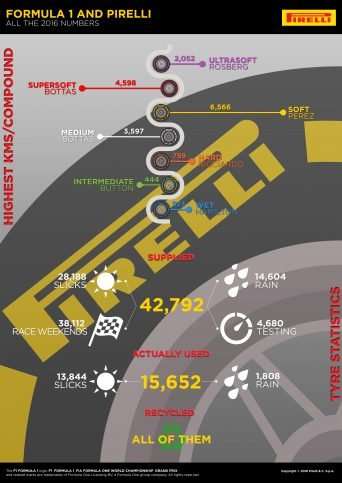 (*) How overtaking moves are calculated: an overtaking manoeuvre is counted as one that takes place during complete flying laps (so not on the opening lap) and is then maintained all the way to the lap’s finish line. Position changes due to major mechanical problems or lapping/unlapping are not counted.
(**) It’s the highest value since 1983 (the first year since when data is available) 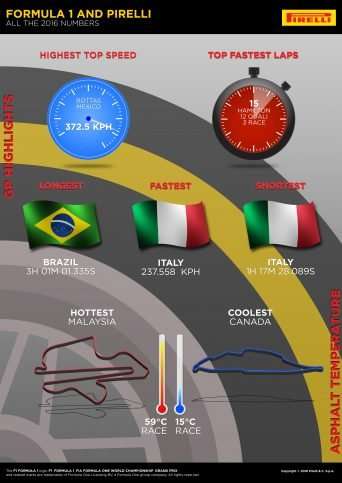 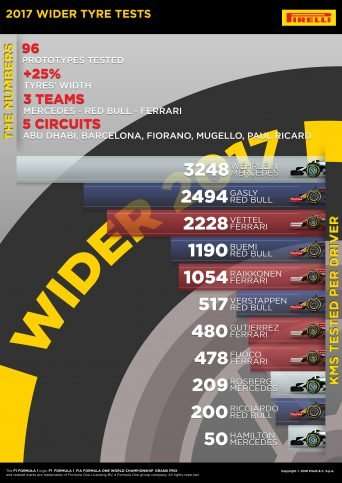 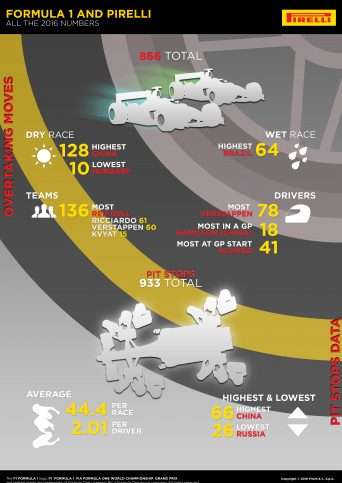 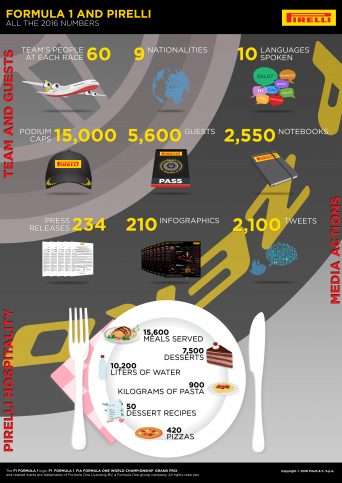 PIRELLI TEAM AND ITS GUESTS

F1 tries to save money… Only uses half the supplied tyres.

How many of those 866 passes were DRS assisted?

(sarcasm, not a serious question)

Max Verstappen: Converting team mates into rivals since 2022. That…

Previous article
Ferrari’s chassis problem; more than Mercedes to worry about in 2017
Next article
Formula1blog.com Podcast #504