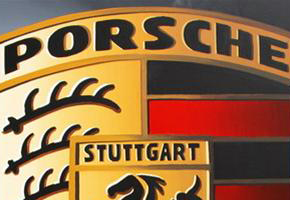 Porsche, VW, Audi have always been rumored to be coming to F1.It seems that when anyone at porsche/VW/Audi are interviewed, it inevitably comes up. Â The ‘are you going to get into F1’ question that I am sure management is tired of answering. Â In the past, VW has maintained their dominance in Le Mans and competitive nature in DTM is enough to sate their racing need. Â But ultimately the press and fans alke know that in order to prove to the world that you are a real manufacturer of race cars, F1 is the pinnacle by which all are measuered. Â so the question remains and VW have always avoided it the best they can.

“And after the affair with Max Mosley and the women it would not be very savoury to get involved (in Formula One) now,” said Wolfgang Porsche

To those ends, Porsche was asked again this week about F1 and unlike the pastÂ answers, this time it has been attached to the Max Mosley Sex Scandal. Â Interestingly, Porsche used the Mosley Sex Scandal as a basis that F1 does not look attractive to them now. Â Many have said this is sour grapes and just being used as an excuse for their lack of desire to enter F1 but no matter the prime mover behind their statement; the cat is out of he bag and a precedent has been set. Â Max’s interlude can be attached to keeping manufacturer’s from coming to the sport. Â Whether youÂ believeÂ this is the real reason Porsche is staying out of F1 or not; they have said it is part of the reason and at some point you have to take that at face value. Â Whether a ploy or truth, the Mosley scandal is still making waves, alive and well and damaging F1.

2
Here’s a quandary: If Hamilton was a lap down when ...
1
Zing!
1
That would be hard to quantify I would suspect. Difficult ...
1
Yeah, I have heard that before too and I wonder ...
1
On the surface it would appear that Honda may have ...

Imola GP Review | The…
8 hours ago by Fabio
I didn’t know Flavio was working with Mercedes!

Race Report: Verstappen wins Imola…
16 hours ago by Negative Camber
indeed. he did not hit the wall :)

Imola GP Review | The…
16 hours ago by Negative Camber
Zing!

Imola GP Review | The…
20 hours ago by G Brown
Surprised no one has praised Bottas for his quick thinking ...

Race Report: Verstappen wins Imola…
21 hours ago by Wayne R
Yes, you’re right, if the race had not restarted, how ...