With another flood of — to quote the rest of the F1B team — super exciting car launches today, we’ve got a look at the top Formula 1 cars for the 2013 season. And I bet Todd’s working on getting up Toro Rosso’s entry right now.

So, we are at the point in the pre-season when Big Question No. 2 rolls around. (Big Question No. 1 is always: Which driver got a raw deal and is out of the sport? This year, that seems an especially prickly question with no clear winner. The year before, it was Rubens, hands down. Next year’s front-runner: Felipe Massa, of course.)

And that question is: Which car, purely on looks, do you like the best?

As Paul suggested on last week’s podcast — or maybe I read between the lines or just forced by own interpretation onto what he said — these “livery roll-outs” aren’t really about what’s underneath the exterior, or even just how aerodynamic and innovative that exterior is. It’s about the sponsors, how well they are being treated and highlighted. It’s about the aesthetics of the car, a bit more generally, too.

When it comes to pleasing the sponsors, Mercedes may have scored first and best. Petronas and Blackberry (remember them/it?) have got to be very pleased. 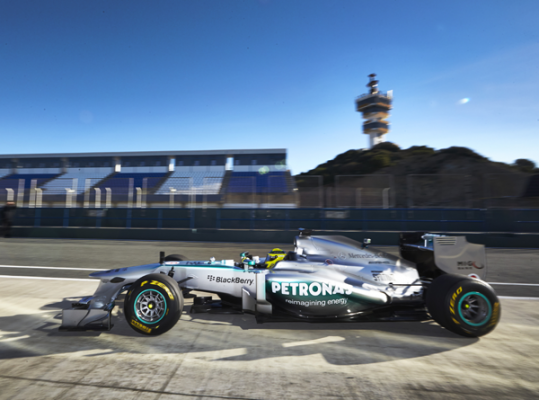 That’s some good, clean placement for both.

When it comes to aesthetics — a prize Ferrari ought to win every year, but doesn’t — I’m going with Sauber. I don’t know what it is about the C 32, but I love it. Seriously. Given how, to some extent, F1 cars no longer look like F1 cars, I can’t imagine one of these machines looking much better than this. 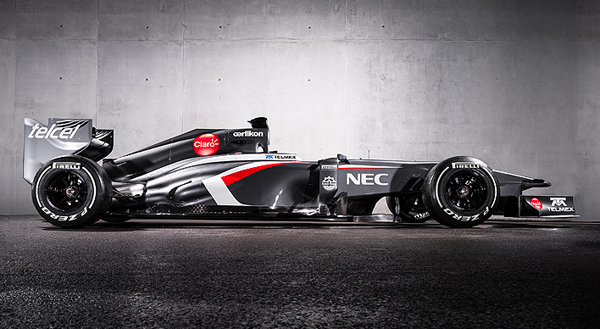 Probably part of the beauty — and you can compare it directly to the Mercedes — is the lack of livery. That is one sleek, and dare I say fast, looking car. Imagine if Telmex had put in enough money to get Petronas’ placement, though.

Much as Paul, again, last week talked about having to balance a paid driver vs. paying one, possible points (and money) vs. the dollars from a driver’s sponsors, the livery is a balance, too. It’s just that looking fast doesn’t make a car go faster — but it may capture a fan’s attention and hook him or her. Is that worth anything?

One final car — before pitching it to you to say which one you like best — to mention: Force India’s VJMO6. I of course want to like it (and I finally, stupid me, realized what Force means — got that while in India), but there’s something off. The Sahara is jarring, and the rear wing is an abomination of the DRS variety. 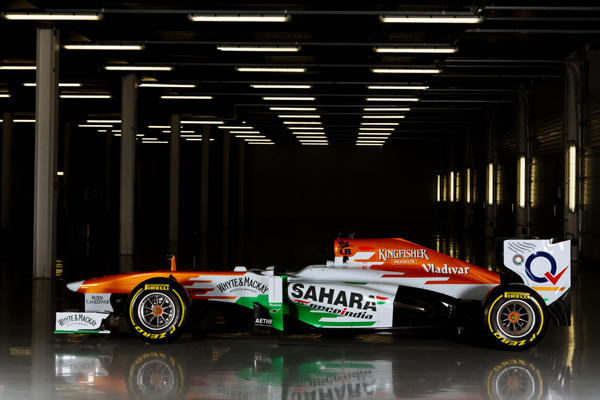 OK, so… your favorites? I know there’s been reaction to individual cars, but how about each of them, side by side?