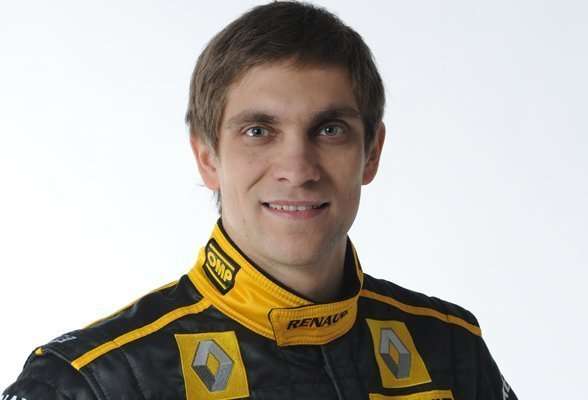 Who needs a manger when you have Vladimir Putin brokering your F1 driver deal for you? That’s apparently the kind of support young Russian Vitaly Petrov enjoys according to AFP.

It seems Vlad may be warming to the whole F1 thing and with recent photo op’s ripe with Putin and F1 boss Bernie Ecclestone, a new Russian grand prix deal inked and the inclusion of Petrov at Lotus-Renault for two more years, things couldn’t be looking better for the Cyrillic citizens from the north. Putin said:

“The number of automobile sport lovers in Russia increases day by day,” Putin said.
“Petrov, who is very famous among Formula One fans here, has recently signed a new two-year contract with his team. He definitely needs support. Financial support most of all.”

According to AFP, Petrov, his manager Oksana Kosachenko, Rostekhnologii chief Sergei Chemezov, and Leonid Mikhelson, of private gas firm Novatek, put together the sponsorship deal that secured the young drivers retention at Lotus-Renault during a meeting with Putin.

At this rate we might as well throw Putin’s hat in the ring as a successor for Ecclestone given his ability to get deals in F1 done. On the flip side, let’s be honest here…this young man must be under some serious pressure now. It’s one thing to have the expectations of a sponsor but another thing entirely when the former president of the nation brokering your deals and pinning the Russian hopes on your shoulders. Anyone like to race under those conditions? Race and fail? Whew!