Lewis Hamilton held off a charging teammate in Nico Rosberg to win his second race of the 2014 season in good fashion. The 2008 world champion was on the harder of the tire compounds and struggling to find the pace of his teammate but managed a spirited and fair defense of his lead to win the Bahrain Grand Prix on Sunday.

The Bahrain GP celebrated its 10th anniversary as part of the Formula 1 calendar and did so in winning fashion by becoming only the third circuit to race into the night under lights. The race also represented two other milestones as the 900th F1 Grand Prix as well as McLaren’s Jenson Button’s 250th race.

The stage was certainly set, now could the series deliver with an exciting race after facing fierce criticism over its 2014 regulation changes and two lackluster opening races of the season?

It delivered in spades. The race was action-packed from beginning to end with what really amounted to a race of teammate battles as the cars were clumped two-by-two Noah style for most of the 57 laps. This allowed for some terrific duels for supremacy amongst teammates from Mercedes, Williams, Ferrari, Red Bull all the way back to Marussia and Caterham. 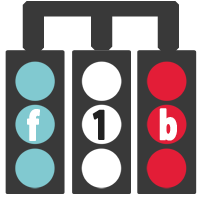 The start was overshadowed by a blazing Felipe Massa who seemed to get the jump on just about everyone from his starting position of 7th on the grid up to 3rd behind the Mercedes duo of Lewis Hamilton and Nico Rosberg. Mercedes had the first turn well in hand but the duel between Rosberg and Hamilton started there and never ended for another 56 laps.

The sport of Formula 1 had a big win today as criticism was tearing at the seams of the sport after a huge regulation overhaul left many bereft of passion or the sport due to the sound of the cars and the lack of racing after the first two grands prix.

Bahrain’s Sakhir circuit answered that criticism with a stonking race and teammate duel session that may not be indicative of the remainder of the year but it certainly didn’t hurt garner some passion back for good racing.

Once again, the television production was spot on and with so many battles happening on track, the broadcast team for the world feed were reading the timing and scoring charts perfectly anticipating battles and switching to on-screen action right as it was happening. With all the action on Sunday, that wasn’t and easy task to do but their hard work made the already exciting race just that much more enjoyable as fans got to see the majority of the on-track action.

Once again Pastor Maldonado made his mark on Formula 1 and not in a way he would have liked to. Pastor’s Lotus clouted into the right rear of Sauber’s Esteban Gutierrez flipping his car completely over in turn one and ending his race.

The lengthy Safety Car period didn’t add much to the enjoyment of the race to remove a car and reset the grid but it did add a NASCAR-style 10-lap shootout by clumping the field up and removing any advantages drivers had gained in time. Difference here is, it happened naturally and due to a crash and not just because they spotted a non-existent piece of debris on the track or felt it would be a good time for a “competition caution”.

Ferrari president Luca di Montezemolo turned away from the TV screen in disgust and then promptly left the circuit in a very sour mood. While some have lambasted him for doing so, I have some sympathy for him as his cars look positively beaten on the track. Force India, Williams, Red Bull, Mercedes and most likely McLaren would have beaten them today so it’s not a good time to be a Ferrari F1 employee or fan or president.

If you are a fan of the new regulations, then the Bahrain GP was a vindicating race in which your loyalty and dedication to the new rules and reasons for the regulation changes paid off. Those who took to Twitter with heavy-handed philippic’s slating “deniers” and “dissenters” should realize that the cars still sound like crap and while the race was a great teammate battle, one race does not a season make just the same in that the first two races doesn’t a season make. It is why we must be patient and see how things unfold prior to making any knee-jerk decisions moving forward.

The race today was very exciting and edge-of-seat fun but so was Brazil in 2008, Japan in 2005, Australia in 2003, Mexico in 1990, Spa in 1998 and so on. While being excited about the rules changes, this race doesn’t justify them or marginalize those concerns that many fans have. Time is the only thing that will do either of those things and I think F1 should always be willing to look at ways to improve the sport for the most inclusive style for as many fans as possible. Having said that, fans of the changes have had to endure a bucket-load of derision for the past two races so perhaps a little comeuppance is in order. 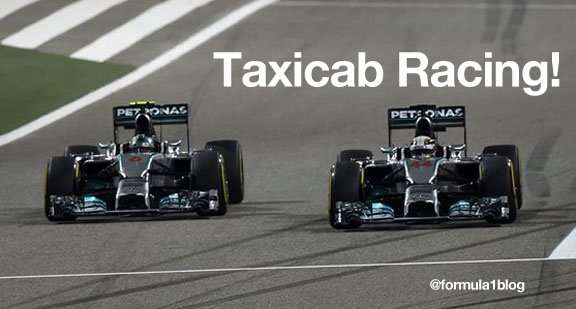