The weekend looked set to celebrate Lewis Hamilton’s record-equaling 91st win and given that Mercedes has won every single Russian Grand Prix at Sochi and Lewis was on pole position, there was every reason to believe it would happen.

Unfortunately for Lewis, he did two practice starts outside of the area designated for doing them and gained a total of 10 seconds in penalties which compromised his race and left him in third looking at the tail of Max Verstappen’s Red Bull who followed Valtteri Bottas home.

A win for Mercedes who continues their Russian GP domination and a win for Valtteri who took the victory. As much as I can appreciate Valtteri’s radio message telling fans who doubt him, “**** you”, I think it is worth bearing in mind that it took Lewis being removed from the lead with a penalty, and as the only other car capable of giving Bottas a run for his money, it diluted his message to doubters. I understand Valtteri’s frustration and it is clear that the negative commentary bothers him but that was a bit uncalled for.

A win for Red Bull and Max Verstappen for a terrific second place and while they didn’t have the car to challenge Bottas, Max capitalized on Hamilton’s penalty, recovered from a poor start and brought home serious points. Max’s qualifying lap was fantastic and put him in this position to take 2nd.

A win for Sergio Perez and Racing Point for a terrific 4th place. With Lance Stroll being punted off track by Charles Leclerc, it was down to Sergio to pick up the pieces and he did so with a quiet drive to 4th but his pass on Ricciardo was my pic for pass of the race. Perhaps the team will hide the trophy from him too? I JEST!

A win for Daniel Ricciardo and Renault for a nice 5th and 7th place finish for Daniel Ricciardo and Esteban Ocon. Renault have made good progress in the last several races and Dan even garnered a 5s penalty by bumbling the team order pass but he put his head down, admitted his mistake and said he would drive faster and cover the penalty which he did.

A win for Ferrari and Charles Leclerc for a 6th place finish and given his pace and the lack of shove in that car, a 6th place is a win. He did have that opening lap moment with Lance Stroll and the Canadian felt it was penalty worthy but the stewards didn’t agree.

A win for Daniil Kvyat and Pierre Gasly for a dual-points finish for Alpha Tauri in Danny’s home grand prix. Good strategy starting on Hard compound, running long and a tidy race with some good passing from Kvyat.

A fail for Lewis Hamilton who did a practice start twice in the wrong place and to be fair to Lewis, I am surprised the team let him (or told him) to do that as they knew the rules that Michael Masi had released during the weekend about the area for practice starts. Lewis suggesting that the stewards were trying to stop him is in poor taste. The rule would have applied to any other driver had they did a practice start from that location.

It pains me to say it but it was a fail for Alex Albon and this wasn’t the race he needed. He has such good passing instinct and aggression and his recovery drives are terrific but Red Bull didn’t hire him to qualify poorly and then have to engage in heroics every race to recover to points. They need him on Verstappen’s tail and he hasn’t been. Again, I like Alex a lot and I hope he can turn that around quickly.

A WTH for Carlos Sainz who went wide on turn 2 on the opening lap and misjudged the bollard cut-through clouting the wall and ending his race. Carlos admitted he misjudged his speed and hit the wall and it’s not something you would expect from the Spaniard.

The practice start infraction that garnered two 5s penalties for Lewis is a bit odd. The penalties also had two points added to his license leaving just two more before a race ban. Then, hours after the race, the stewards removed the points penalty from his license saying they received information that Lewis was told to do the practice starts in the incorrect place. Maybe they did as a news report said stewards heard radio messages to that effect but that would be very strange for a team like Mercedes to have been told the practice start location and then instruct Lewis to start outside of that area. Does that sound like something Mercedes would blatantly miss having been told by race director Masi about the practice start locations? Very strange.

A WTH for the Bollard Grand Prix. 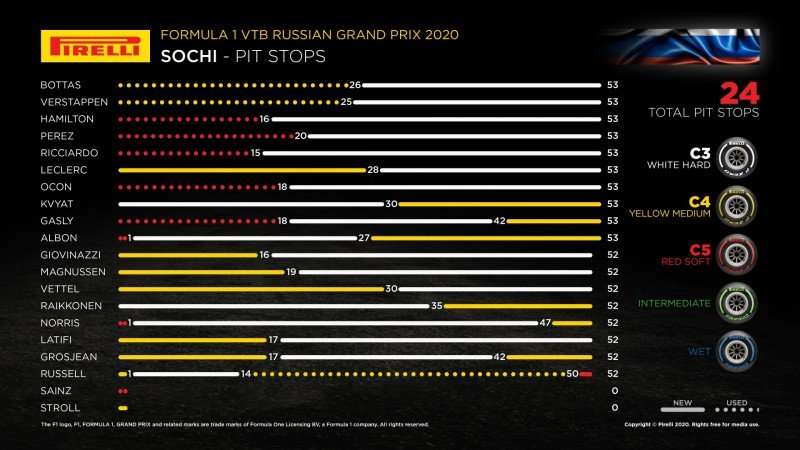 Lewis and team managed to screw up his race. But thank goodness the protest went well. How many points for protest? Focus on the race “world champions”.

It sounds like the team told Lewis he could go beyond the exit for a practice start but in comments I’ve read, they weren’t expecting him to go that far forward. A case of misunderstanding and I’m not sure that’s worth points off your license.

Those Dutch really know how to vote for Driver of the Day,
Surely it had to be Perez and not Max.

Great summary. Basically a lousy race to watch, but it was interesting to see Lewis out of position and remind us of two things we tend to forget when he’s out in front cruising and managing his pace – 1) what a super fast driver he is. To see him go from near last to third and the utter velocity of that car on wasted tires before the pitstop when he unleashes everything he is as a driver – wow! and 2) what a lousy little person he really is unless everything’s going his way. All this ‘no one else… Read more »

Previous article
Hamilton takes pole for Russian Grand Prix
Next article
Hamilton penalty no surprise to Mercedes
Sochi isn't known for delivering riveting F1 races and the 2020 version didn't deviate from that notion. However, there were some fun battles to watch and it was the young drivers (Albon, Norris, Gasly, Russell) who made it worthwhile. Race Report: Bottas wins Russian GP