Mercedes likes the Circuit of the Americas in Austin Texas. Lewis Hamilton likes the US Grand Prix and has won here six times. The weekend was simmering from Friday through pole on Saturday and the win and podium position that secured the FIA Formula 1 Driver’s Championship for Lewis Hamilton. His 6th just one behind Michael Schumacher.

Intrigued unfolded during the weekend with an FIA clarification—prompted by a Red Bull inquiry—about fuel-flow sensors, interval measurement and Ferrari’s power advantage. Oddly this weekend, Ferrari ceased to have the straight line speed and both Toto Wolff and Lewis Hamilton stopped short of suggesting that it was the funny business of flouting the FIA fuel-flow measurement system that attributed to the pace.

Regardless, Ferrari didn’t have an answer or good race but for Mercedes and Valtteri Bottas, it was a brilliant weekend with a pole position and win in Austin.

A big win for Lewis Hamilton who secured second place and in doing so, takes his 6th world championship. The team enjoyed the Constructor’s title a few weeks ago but today was Lewis’s day and he made a real fight out of it trying to make his slower 1-stopper actually work.

A win for Valtteri Bottas who has had two great races on the trot and looks to be a more steely-eyed competitor and let’s hope this continues in 2020. Valtteri didn’t put a foot wrong this weekend, nor last weekend, and excels at these driver circuits. 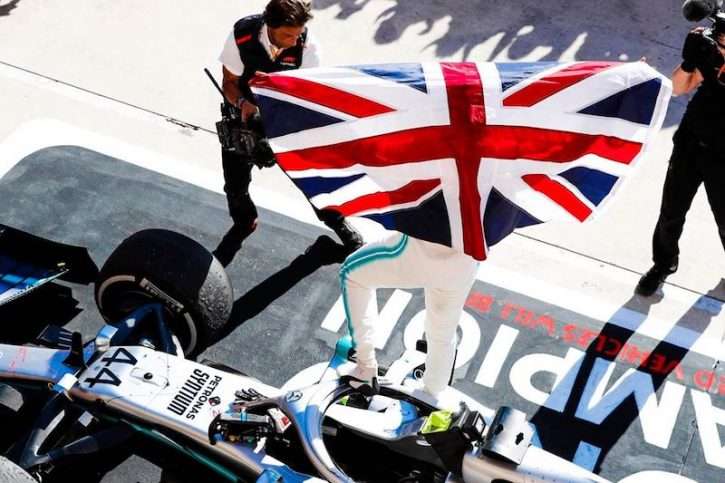 A win for Max Verstappen who managed the final spot on the podium. Max qualified well and raced well but ran out of laps in order to make a pass on Lewis for 2nd place. The Red Bull had the measure of the Ferrari’s and it does make you wonder if the inquiry played a role in the reversal of the Ferrari performance.

A big win for Renault’s Daniel Ricciardo who took the fight to McLaren and came home best-of-the-rest. It was a much-needed redemption for Renault who has been really struggling in 2019.

A win Lando Norris who bested his veteran teammate, Carlos Sainz and also a win for Sergio Perez who started from the pit lane but managed to secure a point in 10th.

A fail for Ferrari who suffered a broken suspension with Sebastian Vettel after an inexplicably slow start and poor first lap with massive understeer. The team also couldn’t find a way to move Charles Leclerc forward and settled for a 2-stopper. If tricking a sensor is actually true, then the power advantage isn’t superior engineering, it’s crafty thinking and not something to hang your hat on. Let’s hope this isn’t the case but if it isn’t, it is difficult to explain Ferrari’s lack of pace in Austin. 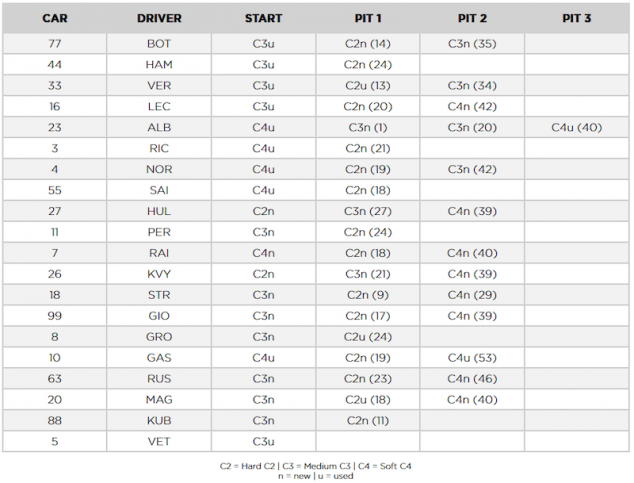 A fail for Haas F1 at their home grand prix with Kevin Magnussen out with what looked like a brake failure and Romain Grosjean relegated to 15th. 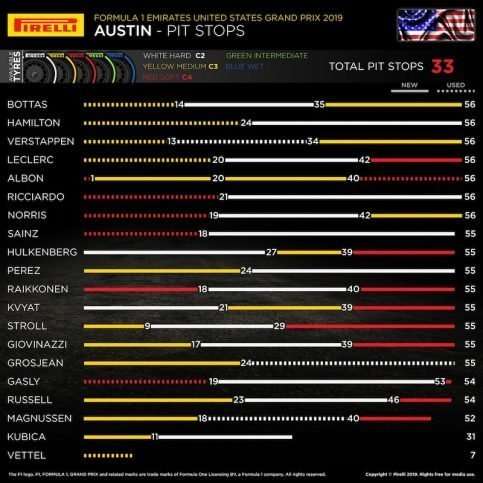 All right, I give up. Lewis Hamilton can now be mentioned in the same sentence as Michael Schumacher.

So here’s what they should do. They should make the tires with multiple coloured layers, starting black, then wearing to green, amber, and red since the people watching obviously have no idea what ‘pit window’ means. Hamilton’s will go of course directly from black to red, and will stay at red for 50 laps so everyone will know his tires feel ‘really bad’. And all cars will be marked CAR in bold black letters, just so everyone knows what they’re watching. Problems solved.