Spa Francorchamp is a circuit like no other and even though rain is a steady mistress to the track, Sunday’s race was a dry affair. The length of the circuit is one of those anomalies given the recent spate of short tracks where mistakes aren’t amplified but the Belgian track exposes errors and exacerbates the slightest bumble due to it’s nearly 4-mile length.

There was no error or mistakes to expose from Red Bull Racing’s Daniel Ricciardo who secured his third victory of the season and inched his way closer to second in the driver’s championship as Mercedes driver Lewis Hamilton failed to finish the race.

The race had its moments up and down the grid with terrific battle for 5th in the waning laps of the race as well as some crafty pit stop work from all the teams. Mercedes secured second place while Williams F1’s Valtteri Bottas completed the podium in 3rd place which is his fourth visit to the steps this year.

Spa is usually a terrific race and this year there was no lack of excitement with Red Bull’s Ricciardo completely poised to take advantage of any bobble between the Mercedes drivers. His pace was certainly helped by an aggressive low-downforce setup on his car and even his teammate, Sebastian Vettel, was a factor for the first half of the race.

Red Bull has to be proud of what they’ve accomplished as beating Mercedes was not a likely expectation but sometimes taking opportunities at others misfortunes in F1 is part of the game and Daniel Ricciardo drove a brilliant race to hold off a recovering Nico Rosberg so we can’t marginalize his drive in the least. While still beat by his race-winning teammate, Vettel did have a better showing than what he’s experienced of late with a 5th place finish.

A big win for Daniel Ricciardo who has now beaten his 4-time champion teammate 10-2 in races and 7-5 in qualifying. The man is having the best season of his life and deserves every accolade he is given.

Also a win for Williams F1 and Valtteri Bottas with yet another podium. I chuckle when commentators are stunned as they felt Felipe Mass would be the team leader in 2014 and wonder if I am the only person who never suffered from that delusion? Bottas is the real deal and given the car, he’s going to win.

Bottas’s fortune spoiled Ferrari driver Kimi Raikkonen’s chance for a podium but it is still a win for the 2007 champion as this was the best race all season for the struggling champ.

The race was a win for some of the strategy that was deployed by the teams including Mercedes and Nico Rosberg who took a late pit stop to fit fresh option tires and scythed his way back through the field to close the gap to Ricciardo to a handful of seconds at the end. It was a gamble but an interesting strategy.

McLaren and Force India had decent showings as well in Belgium. McLaren duo of Kevin Magnussen and Jenson Button brought the cars home in 6th and 7th respectively while Force India’s Sergio Perez secured 9th for his efforts and his teammate Nico Hulkenberg inherited 10th place after a penalized Kevin Magnussen dropped down to 11th.

Ferrari has to be upset with the result for Fernando Alonso in 8th place as the Spanish two-time champion incurred a penalty for a formation lap debacle and then got stuck behind McLaren’s Kevin Magnussen who was assessed to have driven too defensively and was handed a post-race 20-second penalty which moved Alonso to 7th and Magnussen back to 11th.

Alonso played down the issue but the stewards felt Magnussen didn’t leave enough room at turns 4 and 5 and thus he suffered the penalty leaving his teammate, Jenson Button, the only points-scoring McLaren.

Ferrari also has to be slightly disappointed with their formation lap incident that incurred a 5-second stop/go penalty. The regulations stipulate that no team members can be on the grid within 15-seconds of the start of the formation lap and clearly the team were having issues with Alonso car as it was still on jack as the formation lap rolled off.

I have to offer a fail to Williams F1 driver Felipe Mass who finished in 13th while his teammate, Bottas, was on the podium. Again, Massa isn’t scoring the points—just like when he was at Ferrari—which the team desperately need.

A fail for Caterham who had Andre Lotterer in for a one-off race and actually out-qualified his teammate, Marcus Ericsson, but was let down by the car which simply shut off after running over a curb (kerb). Unfortunate as we all would have liked to see Lotterer finish the race to see how well he may have done.

A big fail for Lotus F1 who had no cars finish the race and for Mercedes who parked Lewis Hamilton with a mystery aero issue—nudge, nudge, wink, wink.

The big WTH moment of the race came with the attempted pass of Ncio Rosberg on teammate Lewis Hamilton on lap number two as Rosberg tried to pass Hamilton for the lead on the outside at Les Combes.

It appeared as if Rosberg lifted and attempted to tuck back behind Hamilton but clipped Lewis’s left rear tire causing a flat and ending Hamilton’s hope for a win or even points. 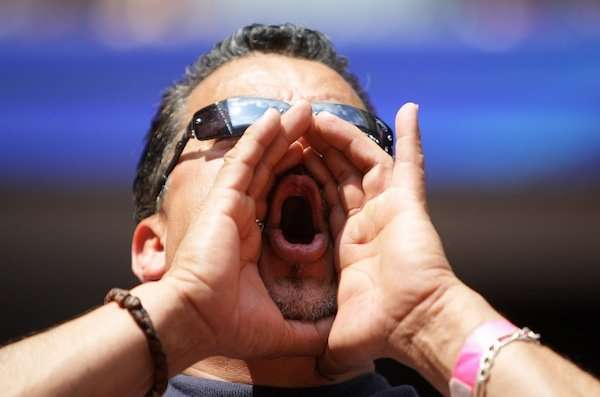 The aftermath was a rash of jeers from the crowd during the podium ceremony and this time it wasn’t due to Greenpeace hanging from the rafters above the heads of fans. No, the crowd felt Nico had purposely taken Lewis out of the race.

That was the assessment of Lewis Hamilton as well who told the press:

“We just had a meeting about it and he basically said he did it on purpose,” said Hamilton.

“And you don’t have to just rely on me. Go and ask Toto [Wolff] and Paddy [Lowe] who are not happy with him as well.”

The team have been yo-yoing over the season about team orders, no team order, letting them race and now not letting them race. Toto Wolff has stated that Nico will receive harsh punishment for his role in the incident telling the press:

At this point the team are looking rather silly in their micromanagement of the driver situation and regardless of who’s fault it was, the team said they feel comfortable in their position for the constructor’s championship so they were going to let the lads race for the balance of the season. Now they are handing out spankings or some sort of punitive punishment for this? It’s now official…we have NICOGATE!

We know the stewards were watching for penalties as they gave one to Magnussen for his not leaving room for Alonso. WE could possible deduce, then, that they didn’t feel Lewis was in error of not leaving room but we also that Nico didn’t do anything that was penalty-worthy either.

I’ve seen decades of this type of racing incident and to be honest, if you’re going to let them race—which is what Mercedes said they were going to do for the rest of the season—then you’ll get some opportunistic moves and clashes. Senna and Prost taught us that. Lewis himself has taught us that and it is what I love about Lewis, he goes for it and it doesn’t always work but as McLaren said at the time, Hamilton is a racer and they wouldn’t want to change that.

This type of incident happens a lot in F1 and in case you have forgotten some of these, I’ll include a video to remind you that trying to overtake is a tough proposition…just ask Felipe Mass who has had his share of incidents with Lewis and you’ll see at the 1:00 mark what can happen when a wing clips a tire. I don’t recall any booing during this race.

I agree, it happens in racing and if Nico tried to tuck back in and misjudged the situation, well, that’s the way racing can be sometimes. They’ve all misjudged things while at the wheel as life moves in fractions of a second at that speed.

I feel bad for Lewis but in the end he’s a driven guy and will fight back. He’s not out of it yet and with double-Dhabi, he has everything to play for. Let’s hope the team doesn’t do anything stupid in the mean time as they try to micromanage the situation.

A big WTH has to go to the road kill tire carcass piece that got stuck on Nico’s aerial during the race and was flapping in his face for several laps. I’ll be honest, that’s not something I would want fluttering and slapping my visor at 180mph! It reminded me of the time that Lewis got a piece of AstroTurf stuck on his car for several laps.