In his quest to put a bookend on another dominant season and championship, Lewis Hamilton took his Mercedes from pole position to victory in the FIA Formula 1 Abu Dhabi Grand Prix. Having explored different setups, different racing lines and approaches all Friday, Lewis managed to weave a final performance that was a rubber stamp on a terrific season.

The Yas Marina circuit may be feature-rich with amenities and architectural accomplishments, the track itself is not so feature-rich and often delivers average races with minimal on-track action. This year, the drivers made the race more exciting and the lack of DRS for 18 laps presented viewers with an alternate view of what racing might be like when drivers had to reconsider their passing opportunities.

A big win for Lewis Hamilton who didn’t lose interest or focus despite having entered the weekend with the championship under his arm. Lewis worked with the team, explored bits and bobbles and created a few different racing setups to explore how he might approach this weekend. Mercedes has looked resurgent, or is it a case of Ferrari losing their advantage after the US GP, and were clearly a dominant force all weekend long.

A win for Valtteri Bottas who managed to start from the back of the grid and claw his way up to 4th with some terrific passing and flawless race craft.

A win for Red Bull’s Max Verstappen who qualified well but nursed a power unit issue to hold on to 2nd place and keep the Ferrari of Leclerc behind him.

A win for Charles Leclerc who admittedly didn’t have the pace of Mercedes but did manage to secure 3rd and hold off a charging Bottas late in the race. Charles finishes the season ahead of his teammate in the driver’s championship and drove a measured race despite the FIA investigation for a fuel infraction which is being reviewed.

A win for Sergio Perez who put in a terrific drive to 7th despite the team’s DNF for his teammate Lance Stroll. Sergio looked competitive all weekend but his long-run pace and race performance explained exactly why his is the number one driver at Racing Point and why it was important to retain his talents.

A win for both McLaren drivers who put in great performances and in the case of Carlos Sainz, it delivered a 6th place in the driver’s championship. Lando Norris out-qualified his veteran teammate 11-10 on the season and took his McLaren to P8 desperately trying to hold doff a quicker Perez.

A win for Daniil Kvyat who managed to turn his weekend around and take the Toro Rosso team into the points for the final race of the season. Unfortunately they couldn’t get Pierre Gasly up into the points due to early-race damage but Daniil delivered nonetheless.

A fail for Renault who were battling McLaren for most of the race but couldn’t keep the papaya orange car behind them. In what could be Nico Hulkenberg’s final F1 race of his career, the team were unable to deliver the performance to beat McLaren but they did manage to keep Toro Rosso behind them in the constructor’s championship.

A fail for Pierre Gasly who, though no fault of his own, suffered front wing damage that relegated him to 18th on the day and he was unable to mount a recovery due to the amount of time it took the team to change the wing.

A fail for Ferrari for declaring one fuel load and gridding up with a a different load causing an investigation after the race. This could mean a DSQ for Charles Leclerc and it is a basic mistake that a team like Ferrari should not be creating. At the time of writing this report, I am seeing tweets suggesting that Ferrari were fined and no penalty to Leclerc. Stay tuned.

A fail for Alfa Romeo who were off the pace the entire weekend finishing in 13th and 16th.

Not sure where Haas F1’s pace went this weekend but they limped home just ahead of Antonio Giovinazzi and a brace of Williams and that may jus signal the kind of season they’ve had.

I am unclear as to what exactly was the issue with the DRS electronics that prevented it from deploying for 18 laps but as a critic of the system, I enjoyed the drivers having to become drivers again and create passing opportunities instead of just waiting for them. 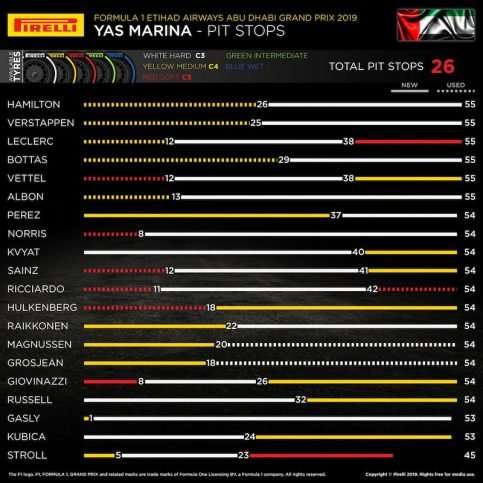