The 2008 Brazilian Grand Prix was an exciting race and it created controversy when Lewis Hamilton passed Timo Glock’s Toyota to take the world championship. Fans accused Timo and Toyota of purposefully assisting Hamilton to win. Ten years later and we have more controversy over Lewis’s win in Brazil today.

Red Bull’s Max Verstappen had a terrific race passing Lewis Hamilton’s Mercedes for the lead on lap 40 but just four laps later, he was hit by the lapped Force India of Esteban Ocon which spun Max out of the lead and handed the win to Hamilton.

Just like ten years ago, fan conspiracies on social media were ripe with accusations that Ocon, a young Mercedes driver, clouted Verstappen to hand the win and constructor’s championship to Mercedes. Lewis Hamilton’s defense of Ocon’s move in the cool-down room to Max was also seen as part of the debate. 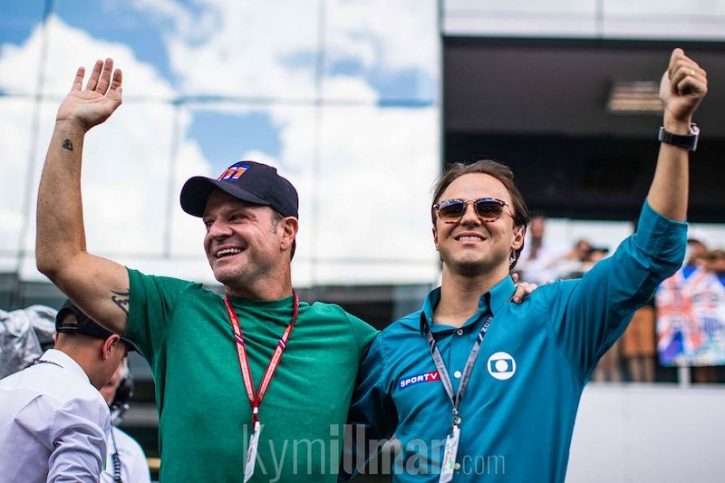 Regardless of which side of the debate you find yourself, the Brazilian Grand Prix was won by Lewis Hamilton followed by Max Verstappen and Kimi Raikkonen. The win secured the FIA Formula 1 constructor’s championship to Mercedes.

Mercedes wins the constructor’s championship again and the amount of work the entire team has put in to this season is an incredible effort and story for a very deserving group of people. Even as a Ferrari fan, I have the utmost respect for what Mercedes has achieved and the attention to the details is what separates them from all the rest.

A win for Lewis Hamilton who managed blistering tires and a very competitive Max Verstappen to take advantage of Max’s incident for the win.

He missed out on the win and, depending on your opinion of the incident, one could argue that Max Verstappen was robbed of the win so second place was still a win despite spinning but others might say that not giving Ocon enough room means that he threw the race away and that’s a fail. 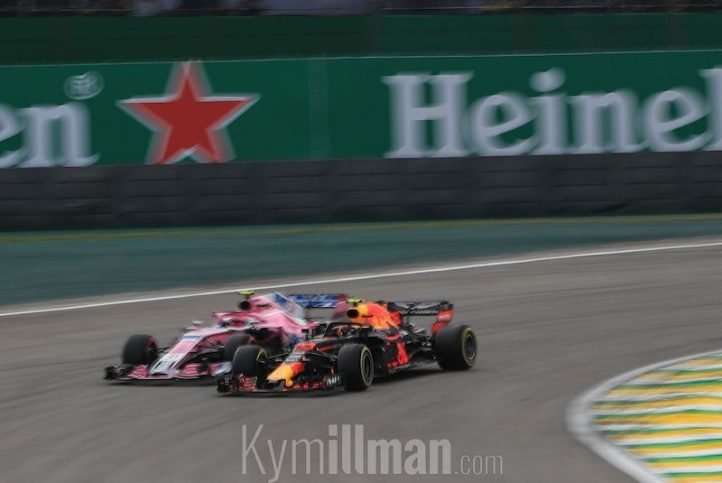 A win for Daniel Ricciardo for a terrific recovery drive from 11th and after the season he’s had, he deserves it. Unfortunately, he ran out of laps to take the podium spot away from Kimi Raikkonen but a 4th place was a good result for the Aussie.

A win for Sauber’s Charles Leclerc who brought his car home well into the points in 7th place and it may have been a better day for Sauber had Marcus Ericsson hadn’t had all of the body damage issues he had. 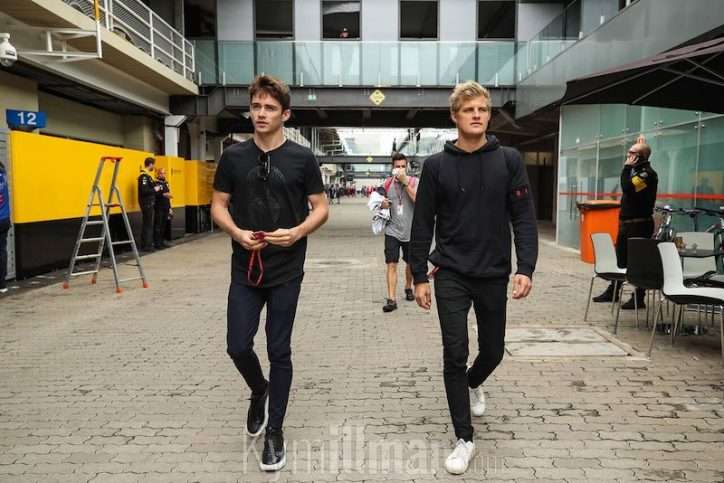 A win for Haas F1 who brought both cars home in 8th and 9th. A dual-points finish is a terrific result for the team but having lost so points in the previous two races, they weren’t able to overhaul Renault in the constructor’s championship.

A fail for Ferrari who did manage a podium finish and seemed to have an impeccably timed tire strategy during qualifying but their race pace, in particularly Sebastian Vettel’s, was just not there. The team seemed to be race favorites during Friday and Saturday but that pace seemed to evaporate on Sunday.

A fail for Renault who struggled with another DNF for Nico Hulkenberg and Carlos Sainz outside the top 10. The poor result brings Haas to within 24 points in the constructor’s championship. 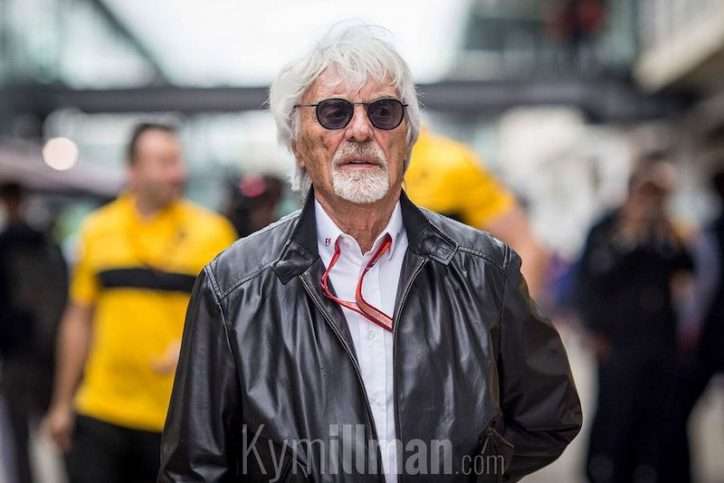 A fail for Force India who couldn’t equal Haas F1 in the race. Sergio Perez claimed 10th but Esteban Ocon lunged inside Verstappen into turn 2 being a lap down and impacted the outcome of the race…depending on your opinion of the incident, of course.

A fail for both Williams and Toro Rosso who both lacked pace but if there is an upside to their races, it was that Hartley and Sirotkin beat their teammates who both have rides secured for next season.

A WTH for both McLaren’s who were investigated for ignoring blue flags and it even garnered Fernando Alonso a penalty. “No more flags, for the rest of the race”.

A WTH for Valtteri Bottas who struggled all race long and has prompted me to award him the Jarno Trulli Mobile Chicane award for holding the entire field up for most of the race. Kudos to him for being difficult to pass and putting on a terrific defensive driving class though, that was fun to watch. Not sure why he was struggling more than Lewis on the same tires.

For me, a WTH moment for Ocon who has every right to un-lap himself but doing it into turn 2 while the leader had claimed the corner, was ahead of him and fighting for a win was just bad timing. Ocon wasn’t racing for position for the lead and if he couldn’t get it done out of turn 1 then waiting for a straight may have been better timing. 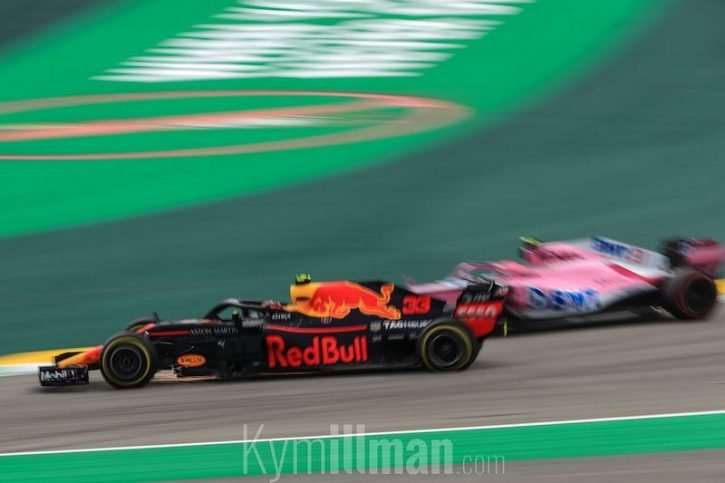 A WTH moment for Max Verstappen who hunted down Ocon in the scale room and shoved Ocon and had to be restrained. I love the fire and passion and of course it reminds me of Schumacher and Coulthard at Spa 1998. Get in there, Max!!

“Sins of the father” Brazil, 2001, Jos Verstappen clipped Juan Pablo Montoya just when the Colombian was on track to win the race after an epic pass on Michael Schumacher.

I completely forgot about that one. :)

It cracked me up when Mercedes pitted Bottas late to respond to Vettel’s late second pit stop. Vettel was way too far back to possibly threaten the podium at that point. Mercedes has been so good at using Bottas to block Vettel that they even do it when it doesn’t matter at all.

Previous article
Capturing champions and charity in art deco style
Next article
Max Verstappen gets 2 days ‘public service’ for shoving Ocon at Brazil GP
Well there certainly wasn't a lack of controversy tens years after the last big controversy in Brazil with a Lewis Hamilton win. It even had some pushing and shoving like Spa 98. Race Report: Hamilton, Mercedes win in Brazil