If you followed Friday and Saturday practice sessions, you might think that Ferrari found their pace from winter testing and were heading into the Bahrain Grand Prix with the foot on the neck of Mercedes. You’d have thought that and to be fair, they may still be the quicker car but we’ll never know because Ferrari found misfortune which handed Lewis Hamilton and Mercedes a fortunate win.

Charles Leclerc had the race in hand but a failed MGU-H meant he was losing his lead quickly and was then passed by Hamilton, Valtteri Bottas and most likely Red Bull’s Max Verstappen had a Safety Car not come out in the final laps to secure his third place finish. 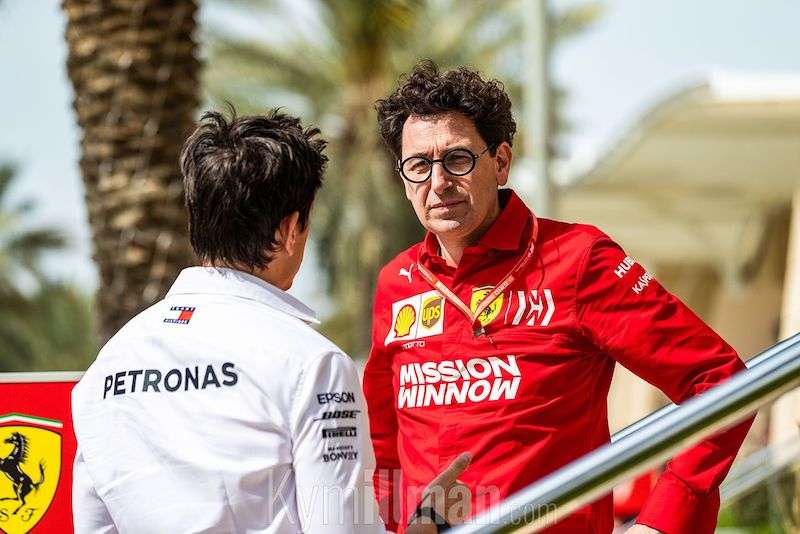 Lewis Hamilton exemplified the notion that you never give up, you dig deep even when things seems like they are a foregone conclusion. His pass Valtteri Bottas and on Sebastian Vettel as well as Vettel’s spin gave him the opportunity to be there to capitalize on Leclercs’ misfortune and take the win.

A win for Mercedes who were behind Ferrari in pace but ended up with a 1, 2 finish in a race they weren’t expecting to win. You have to be there to win it and ultimately it comes down to reliability and Mercedes has a 5-year track record of producing reliable power units.

A win for Charles Leclerc who managed to limp home, protected by a Safety Car, to his first podium finish in Formula 1. It’s been a long road to get there for the second youngest pole-sitter in F1 history and he drove a mature, measured race in the face of adversity.

A big win for Lando Norris who was best of the rest in 6th place for McLaren. Clearly the team have a much better chassis this year and Lando not only impressed in Australia but managed to keep his stock high in Bahrain by sending a message that McLaren have opened their bid for best of the rest in 2019. A marked change from 2018.

He just missed a podium due to a Safety Car but still a good performance from Max Verstappen who said his car had no business on the podium anyway. A fourth-place finish is a decent result given the challenges he’s had with grip throughout the weekend. 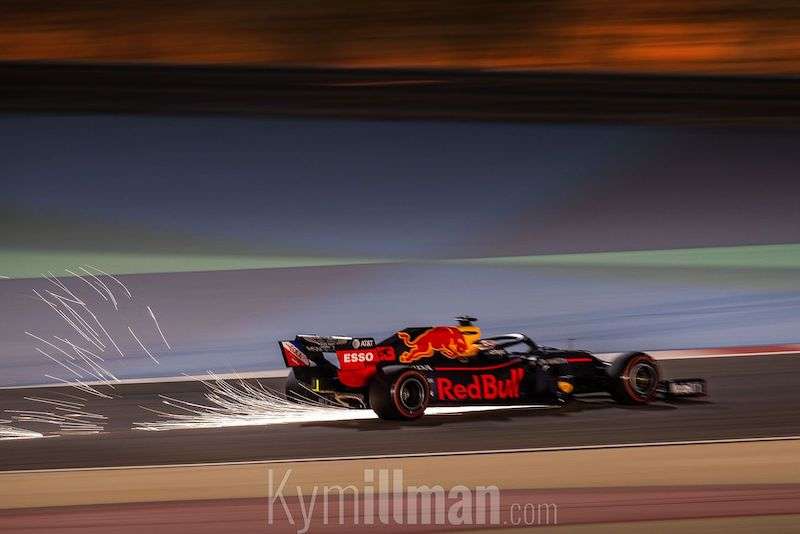 A win for Alfa Romeo’s Kimi Raikkonen who had some scrappy battles on track and managed to finish in 7th. IF McLaren and Alfa Romeo are hunting for the 6th and 7th positions, this could be we have two new contenders for best-of-the-rest in 2019.

Also, a win for Alexander Albon who many had written off as the odd duck in 2019 but a points finish for Toro Rosso Honda is a terrific result beating his more experienced teammate.

It’s hard not to see the weekend as a fail for Ferrari. Sebastian Vettel let himself down by spinning when he was trying to defend from Hamilton’s attack. The flat-spotted tires the oscillated the front wing clean off the car prompting another stop. The tailwind may have played a part but from my perspective, he had to tighten his line due to Hamilton being on his left and tried to put the power down while still having steering input which caused snap-oversteer and he lost the back end. In short, an unforced error and these are becoming repetitive.

Ferrari also let Charles Leclerc down with a faulty MGU-H and one wonders if this wasn’t what they were nursing in Melbourne. If not, they have something to worry about and I am not sure if this means a future engine penalty coming due to a failed MGU-H. This could be a knock-on impact. 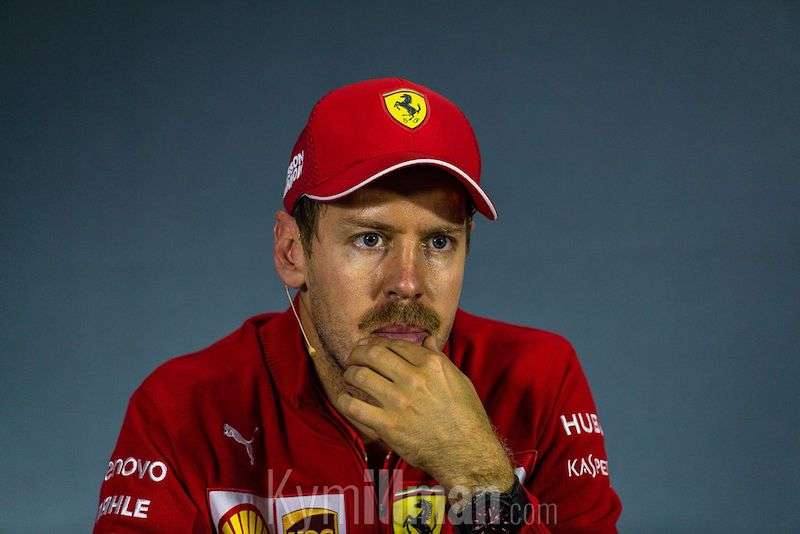 A fail for Renault who were running separate strategies and then both cars were suddenly out on lap 54 at turn 1. Daniel Ricciardo said he believes his issue was the same as Carlos Sainz had in Australia which was MGU-K issues and suspected that Nico Hulkenberg had the same. This isn’t good as Honda have now passed them and they are struggling in the midfield.

A couple head-scratching moments and first up is the strategy for Kevin Magnussen. You have a damaged car in Romain Grosjean and still anchor yourself to a two-stopper which reduced Kevin to an also-ran back in 13th.

The second is the strategy for Daniel Ricciardo and the failure to notice the stint times and make a change on the fly. The tire degradation was too much for a one-stopper to be effective.

Not quite sure what Pierre Gasly will have to do to get on top of his car but finishing in 8th when your teammate manages 4th is not going to be something the Frenchman is happy about. The same can be said, and perhaps more pointedly, about Antonio Giovinazzi who was well off the pace of his teammate finishing down in 11th. 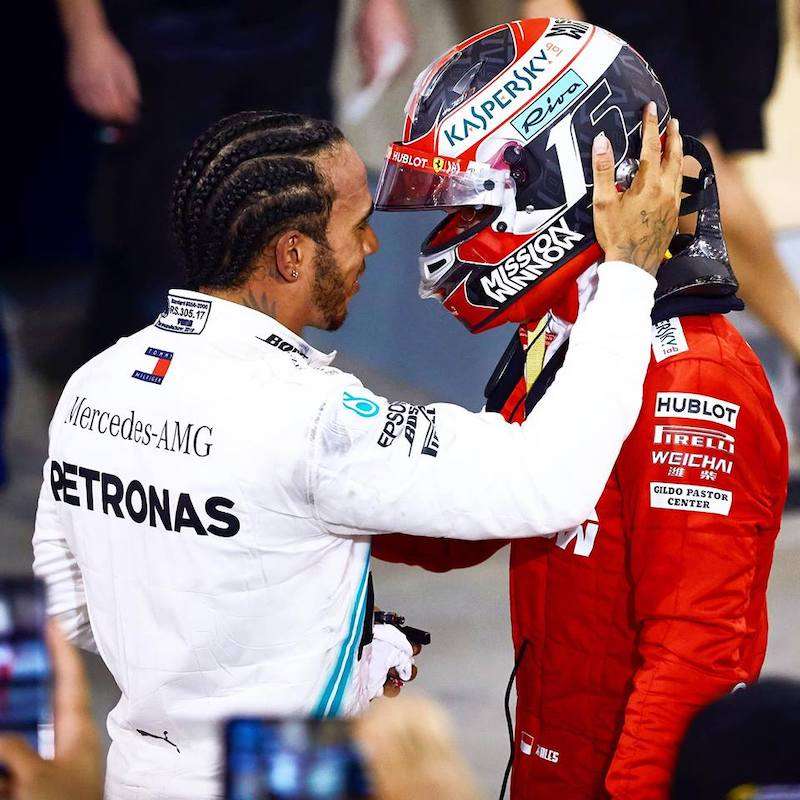 Good race none the less.

I was reminded of the highlighta of last season in this one race. Ferrari seemed to have everything in hand until Vettel makes an error halfway through, then the team proceeds to shoot itself in the foot while Mercedes pushes hard at the end. That’s the thing about being at the pinnacle; not screwing up only guarantees you entry as Team-Not-Last. You have to be better than everyone else in all aspects. Question: Do you consider being a little behind at the beginning, then coming back strong at the end dominant? For sure, Merc was untouchable in 2014-2016. Ferrari got… Read more »

Vettel’s driving, in particular his spin, reminded me of Senna in 1994. Senna couldn’t accept that Schumacher was faster, so drove the car off the road in every race he started that year just by trying to keep up with the young German. Similarly, Vettel’s appears to be trying to keep up with his young team mate, and making mistakes by over driving as a result. I don’t think this is purely down to being passed by Hamilton in the Mercedes, he has had enough experience of that over the recent past to not cause him such issues. The ‘baked… Read more »

I think Seb might just not be mentally strong enough to battle Hamilton. He’s picking up where he finished off last season–losing his head in the heat of the moment and spinning out. This year, he not only has to battle Hamilton, but he’s also had his complacent wingman replaced with the hottest rising star F1 has seen in years. It’s easy to see just how much pressure he’s under, and I’m not sure he’s made of stern enough stuff to hold up under all that pressure. This race was a classic example of the huge psychological advantage Lewis has… Read more »

The baked in advantage also goes towards reliability. All engineering efforts are foundational and incremental – the quicker a manufacturer/team gets to becoming the fastest/most powerful car, the quicker they can transition to focusing on reliability. Renault/Ferrari have been playing catchup on engine design the last 5 years while Mercedes has been able to put way more attention on reliability. The outcome is predictable – renault (especially) and Ferrari have more PU failures. Mercedes have almost none.

When these power unit regulations were introduced, the changes to the PU were very limited from one year to the next, and the scope of those changes was to gradually reduce over the period until 2020. At the time, Todd made the valid point that whoever got their first iteration of PU right, their advantage would be baked in. However the regulations were changed to allow development tokens to be used in season, and then to eliminate any development restrictions at all. There is no longer any advantage baked in to the regulations, as all manufacturers are free to introduce… Read more »

Nevermind all this aero nonsense, clearly we just need sand and wind at every race!

it was later discovered that Leclerc’s engine dropped a cylinder. That could be an even bigger worry for Ferrari in terms of reliability.