The final race of the 2018 season didn’t have any championship titles to reveal but it was a large rubber stamp that said “Mercedes/Hamilton” on the season. Mercedes looked strong all weekend and Ferrari looked to be there or thereabouts, but Red Bull made it an interesting, if not indicative, result that mirrored what the season had become. A Mercedes domination with Ferrari nipping at their heals while holding off a charging Red Bull.

Lewis Hamilton took the victory over Sebastian Vettel and Max Verstappen and in doing so, scored the highest points in a single season in Formula 1 history with 408. The race was an interesting one even though the Yas Marina circuit at Abu Dhabi isn’t known to produce exciting races. Much of that action was midfield with some nice passing and defending from the likes of Ocon, Verstappen, Sainz and Vandoorne.

Perhaps the only thing that could challenge the limelight on Lewis and Mercedes was the final F1 race for McLaren’s Fernando Alonso who joined Hamilton and Vettel for donuts on the front straight.

A nice win and season-certification stamp from Lewis and Mercedes to not only put a book mark on the season but enter the winter season with momentum. The team and Lewis continued their dominance even after securing both constructor and driver titles and that’s a good sign.

A win for both Red Bull drivers who managed third and fourth and on different strategies although perhaps Daniel Ricciardo would have preferred a reverse order for his last race with the team. 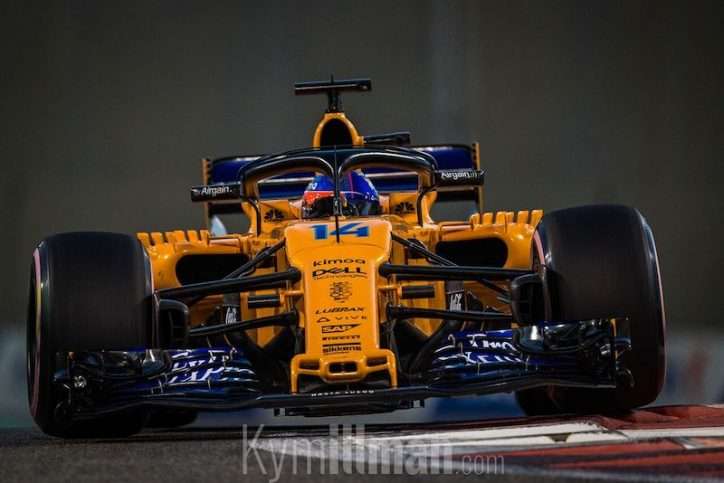 A win for both Carlos Sainz and Charles Leclerc who managed to be best of the rest in 6th and 7th and both drivers had terrific races with nice passing and defending even though they were well over a minute adrift of the leaders.

A win for Fernando Alonso for his final race for the season and he did so with aplomb and the typical Alonso charm. It was also a win for his teammate, Stoffel Vandoorne, who had a terrific race defending, passing and re-passing and it was the type of performance that many were looking for all season. 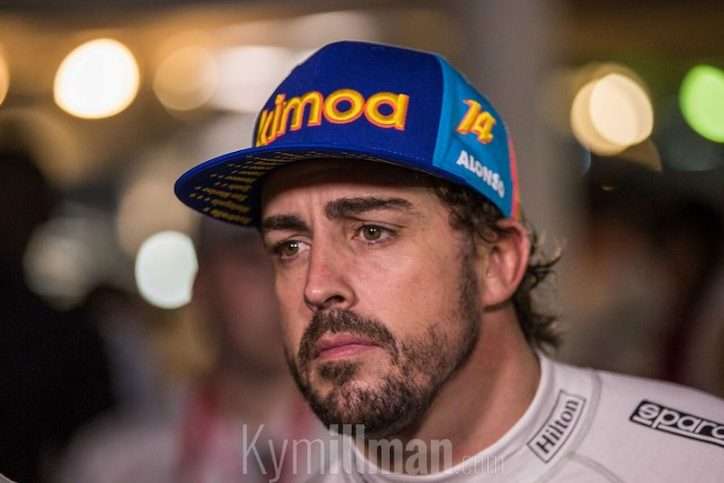 A win for Sebastian Vettel who took second but if you’re a pessimist, it was actually a fail as Ferrari missed the season title and the final race win.

A win for Max Verstappen who’s podium moved him ahead of Valtteri Bottas for 4th in the driver’s championship. Also a win for Nico Hulkenberg who secured best of the rest in 7th place and Kevin Magnussen who was 9th.

A fail for HALO as Nico Hulkenberg was trapped in his car upside down with a fire at the back of the car. Thankfully the fire was extinguished but it took a long time to extricate him from the vehicle and this is what I was warning about all along. I understand how the HALO has been credited with saving the lives of drivers twice this season but my concern all along was deformation of the HALO in an accident or trapping a driver in the car. While people were quick to scold me for being against safety, that’s quite the opposite of my position and today was proof that the HALO, while pragmatic in its purpose, is not a very elegant solution and in the end, could create danger where it may not have existed. I’ve seen fans say that Nico was being overly dramatic and I find that very insensitive—you put yourself trapped in a car upside down on fire and see how you’d feel. Nico chose he words very carefully when asked if HALO prevented him from exiting and that’s a wise move. 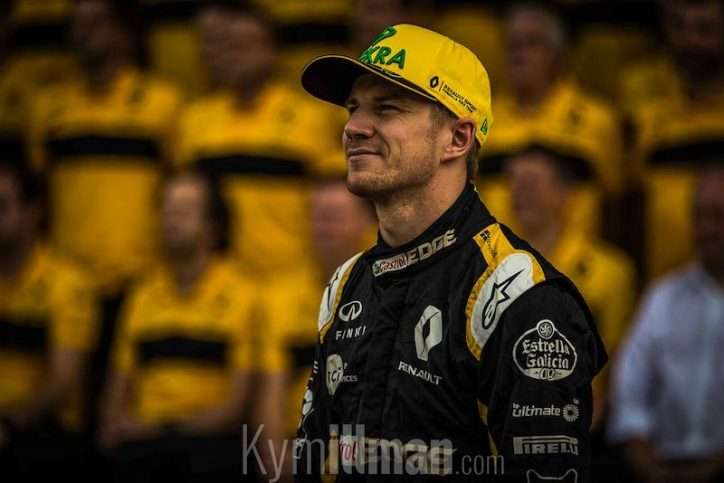 A fail for Ferrari who had Kimi Raikkonen running well until a mechanical issue ended his race but he wasn’t alone, Marcus Ericsson’s Sauber (Ferrari) also failed along with Pierre Gasly and Esteban Ocon. Five cars were out of the race overall.

A fail for Ferrari to not be able to get a strategy to challenge Hamilton’s very early stop under the safety car and even with newer tires, the team couldn’t get Vettel up to the front for a chance for the win. 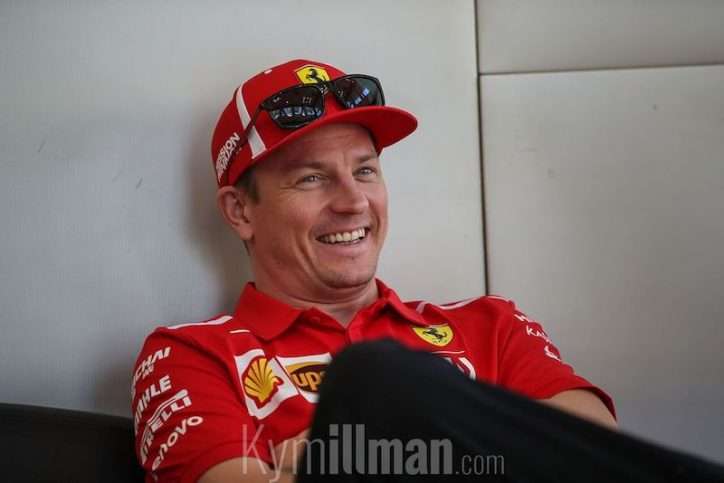 A fail for Valtteri Bottas who was running a secure second before losing pace, locking up and losing two positions prompting a second stop and a 5th place finish close to a minute down on the leaders.

Sure, I was wondering what Valtteri was struggling with late in the race to see him lose pace, lock up and stop a second time but I thought it was strange that Sky Sports F1 as well as Nico Rosberg immediately blamed Valtteri’s mentality and his being pummeled by his teammate, Hamilton, as the culprit. Really? Not tires, not an issue with balance or the car? They had him on the leather couch and suggested that he was so demoralized by the comprehensive beating he’s taken from Hamilton that he was making unforced errors during the final race. I think that’s a diagnosis that way wide of the mark and very unfair to Bottas. 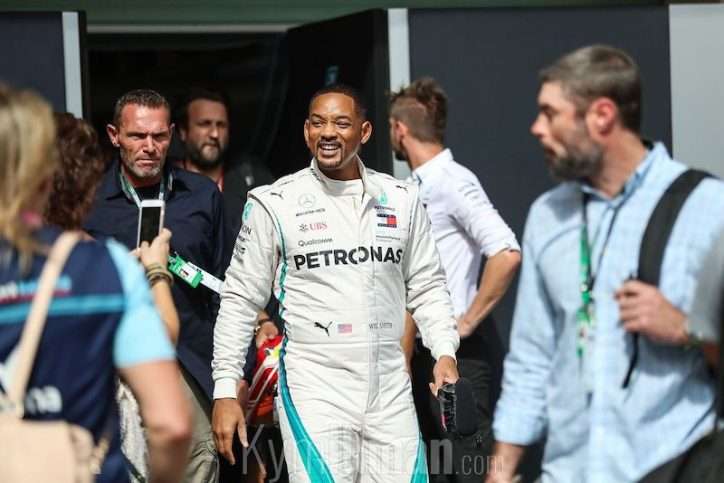 One thing I’ll miss is Alonso’s radio communications. When prompted to fight for the final point in 10th place, Alonso replied that he has 1, 800 points so he’s no concerned about one more. Classic Alonso!

A tough way to end your stint in F1 by having a DNF but hopefully Marcus Ericsson will do better in Indycar in 2019. 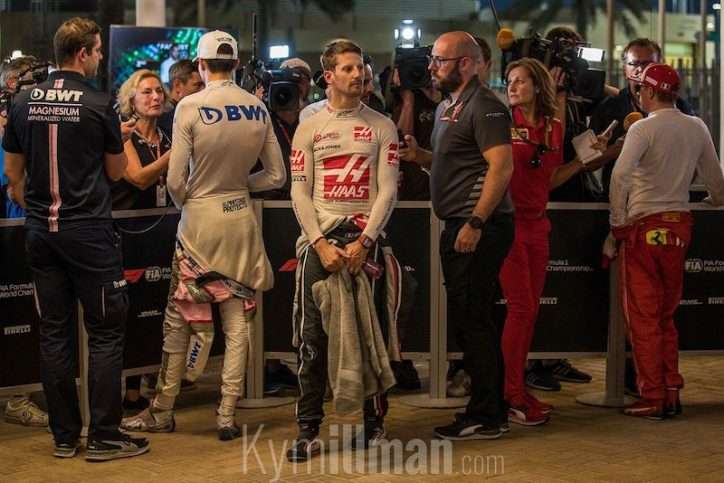 Yep – pretty “fitting” end to the season – more proof that Mercedes won the development war in the last half of the season, and HAM was driving very very well on top of it. Also agree the commentators were being overly harsh on BOT – it’s not easy when you have a Ferrari breathing down your neck for 40 laps. HAM is rarely in these positions, and so it’s easy to think BOT has something else wrong with him. In reality he was probably pushing the car harder, and may have had some overheating brakes or MGU-K or a… Read more »

Bottas is clearly well behind Hamilton in terms of ability to manage the tires. The Merc is probably the harshest of the top three cars in terms of tire wear, but Lewis usually manages it OK. Meanwhile, Bottas is the only driver in the field who routinely wears his tires out to the point where he can’t control the car anymore. Sometimes it’s because they leave him out too long to hold up a Ferrari, but sometimes (like yesterday), it’s just because he didn’t manage the tires properly.

2017:
– Dislike Lewis for his off track persona.
– Think he lucked in with a phenomenal car.

2018:
– Dislike Lewis for his of track persona.
– Think he lucked in with a phenomenal car.
– Realise that he is in a class of his own.

Also:
Can Skysports please stop with the Lewis-porn.
The pieces they have on him, you know the ones: slow-motion, mood lighting, close ups etc. Seriously, it’s getting weird.

The only thing “weird” here are your bigoted, ignorant and, possibly racist comments. You introduce your whining with complaining about the 2018 season and the start with a 2017 rant? Get an I.Q. bigger than your belt size.

Dave I would prefer it if you could refrain from posting personal insults towards others here, thanks.

Dave, personal attacks aren’t something we encourage or tolerate here. A person can not be a fan of Lewis and that’s ok. Doesn’t make a person racist or low IQ. Insulting a person because they don’t like a particular driver is ham-fisted and not conducive to a dialog or discussion.

Fabio senses a strong Lewis bias on Sky Sport’s coverage and he’s not the only person to suggest that so I think that’s a perspective he has. Nothing more or less.

Well Dave, thank you for your wonderful insight. Can I suggest that you do a Google search and find out what humour is, you may like it.

I assume that you are a big Lewis fan, good for you.
Not sure which part of my post was ‘bigoted, ignorant and racist’, was it where I said that ‘he is in a class of his own’?

Exactly my point. Clearly my humour was lost on some people.

Previous article
Hamilton on pole in Abu Dhabi
Next article
Nico’s HALO incident? Whatever…
Abu Dhabi isn't known for producing exciting racing but for a season-ending race, it was a fun event to watch and the donuts from Alonso, Hamilton and Vettel were great. Race Report: Hamilton wins Abu Dhabi GP