The Bahrain Grand Prix was a long, 3-hour race but not for the right reasons. The horrific accident on the opening lap involving Romain Grosjean galvanized the paddock and reminded everyone just how dangerous Formula 1 can be.

Thankfully, Grosjean managed to climb out of a blazing inferno after his car was cut in two by the barrier fence spilling fuel all over and bringing the race to a stop for 45 minutes while repairs were made.

When racing resumed, it was another win for Lewis Hamilton and Mercedes followed by Red Bull’s Max Verstappen and Alex Albon. The battle for third in the Constructor’s Championship took a turn with both Racing Point cars out and in dramatic fashion.

A win for the HANS, HALO and safety cell/monocoque for preventing more serious injury for Romain Grosjean who managed to climb from the flames with the assistance of the Medical Car team and local marshals. A sobering reminder how dangerous this sport is and how far safety has come. As I have said in the past, the HALO legitimacy “debate” is not my concern, my concern is if the driver was unconscious and how quickly they can be extracted in a situation such as the one we saw today.

A win for Alex Albon who needed a podium finish after binning his car earlier in the weekend. The confidence-building result is what Alex needed and it is where the team expect him to finish.

A win for Lewis Hamilton and Mercedes who added to their point tally and dominance of the sport. Lewis has now led over 600 laps in 2020 and the team are at their zenith.

A huge win for McLaren’s Lando Norris and Carlos Sainz who finished 4th and 5th and more importantly, ahead of Racing Point and Renault. The massive points haul moves the team into the lead for 3rd in the Constructor’s Championship.

A win for Pierre Gasly who managed to keep old tires competitive and finished in 6th place with a little luck from a safety Car period.

A win for Renault who managed to claw points agains Racing Point but they still finished behind McLaren and that could qualify as a fail. A mixed bag for the team.

A fail for Racing Point who saw both cars DNF whilst leading McLaren and Renault for 3rd place in the Constructor’s Championship. The bad weekend may just cost the team $10-11M for claiming 3rd and the rare Mercedes engine failure denied Sergio Perez and terrific podium finish.

A fail for the barrier that split and allowed the car the cleve itself in two. This has been the issue for some horrible results in the past and the metal barriers were deployed in better ways to prevent that separation. The fuel cell is soft bladder and the FIA will have to inspect how the fuel got out and the barrier itself. It is impossible to anticipate every situation but this will be an opportunity for the FIA to make the needed adjustments.

A fail for Valtteri Bottas who struggled all weekend and looked to be out to lunch for the race.

The day has come when a Williams has beaten a Ferrari and while Charles Leclerc managed the claim the last point on offer, this isn’t where Ferrari should be and perhaps they will rebound next week when the team boss returns to the paddock. 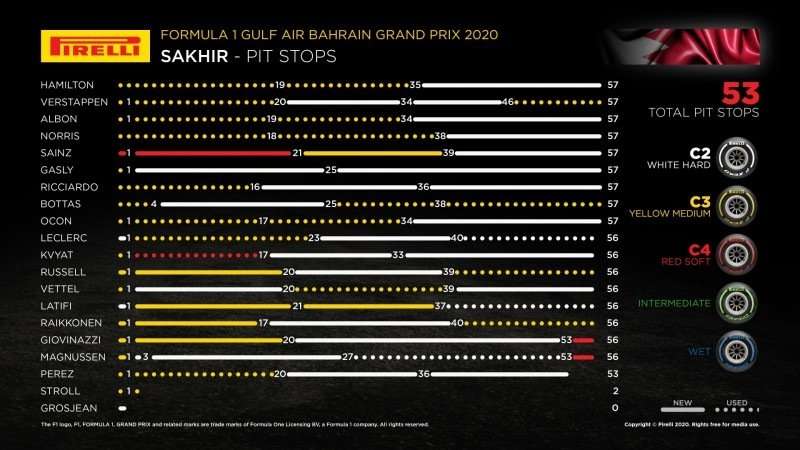 Earlier this season Romain was swerving like a goose and there have been at least 2 races that raised eyebrows as he tried to force drivers off line etc. This was 100% driver error induced accident. Given the pattern those earlier incidents should have been dealt with more harshly as now we have been shown brutally exactly how dangerous wild swerves at speed are. That said, no-one deserves to be in a fireball and that footage is truly shocking. Glad he walked away. Miracle!

Also…big smiles that Albon got a result…maybe we can keep him :)

From the video, it does look like driver error that caused the accident and I’ll be interested to here RG’s thoughts. For example, did he even know the other car was up to his rear wheel before he swerved right. These drivers have to make split second decisions so understanding what was going on in his cockpit should be interesting.

However, like everyone, I am glad he walked away from this accident. The outcome could have been so much worse.

Agree, with the pac of five stalling on his left, had he been just 1 foot ahead he would have taken multiple spaces with the inside line and been a hero…its a fine line for sue

I’m thinking he didn’t know Danny was there.

I was sad to see what happened to Racing Point. Still their biggest fail has to be, once again, watching the performance of the driver they’re sacking v the ones they’ll have next year. Confederacy of Dunces 2021.

I respect Lewis. Still I’m running out of steam for watching him win I can hardly be arsed to sit through these races. It took me four sessions to do it this time. You know what it REALLY means that he tied all these Schumacher records? It means during my whole life only two mfers have ever won an f1 race. So goddamn boring.

Previous articleMercedes lockout front row for Bahrain GP
Next articleGrosjean ‘very upbeat’ after nightmare crash at Bahrain GP
I'm never a fan of huge incidents like that and once the race got going, it was ok but not quite the pass-fest Sky predicted but it did deliver a shakeup in the constructor's championship. Negative CamberRace Report: Hamilton wins in Bahrain after Grosjean's horrific crash