After five 1, 2 finishes so far this season and a front row lockout from Mercedes for Sunday’s Monaco Grand Prix, you might be forgiven for thinking this was going to be another Mercedes dominating duo on the top step of the podium. If you did, you were half correct as Lewis Hamilton managed to stave off a charging Max Verstappen for the win in the principality.

Lewis drove a superb race with a good start that was then paired with a tire strategy that left him vulnerable to Verstappen’s attacks for nearly the entirety of his second stint on Medium compound tires. Managing graining, and serious lack of grip that would normally have cost him a the win on any other track, Lewis took victory while his teammate, Valtteri Bottas, was jumped during a stacked pits stop and suffered a cut tire to come home third behind Sebastian Vettel’s Ferrari.

A win for Lewis Hamilton, Mercedes and the memory of Niki Lauda. Lewis was on the back foot with graining tires with his nearest rivals breathing down his neck for the entirety of his second stint. Lewis managed the pace, kept Max behind him and even though he was upset with the tire choice the team made, he was able to nurse it home with a very inspired drive in honor of Niki Lauda. Mercedes had fitted both drivers with Medium tires, perhaps banking on rain, while Ferrari and Red Bull put the Hard compounds on for the duration of the race. Lewis helped Mercedes avoid a possible fail in Monaco.

A win for Sebastian Vettel who didn’t suffer the tire graining that Max and Lewis did which meant he couldn’t get heat in his tires to find the optimum tire performance. Regardless, he managed his race behind Max knowing that the Dutchman was getting a penalty and brought he car home behind Verstappen to inherit 2nd place ahead of Bottas.

A win for Max and Red Bull even though they garnered a penalty for unsafe release in the pits which allowed them to jump Bottas. Max drove a solid race and ended up 4th just ahead of his teammate, Pierre Gasly, for a dual-points finish. 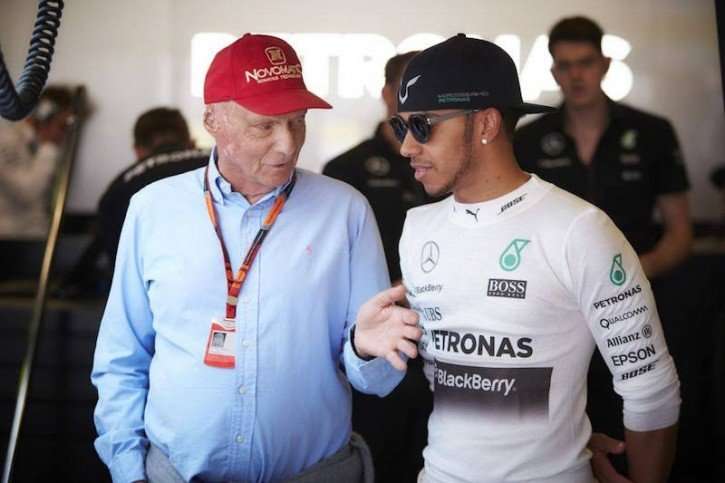 A big win for Carlos Sainz who took advantage of the safety car period by not pitting and came home ebst of the rest which is a place that McLaren seem comfortable fighting for these days and that’s a big move forward for the team.

A win for Toro Rosso who also chose not to pit during the safety car and finished just behind Sainz for 7th and 8th place for some seriously needed points and inspired drives from both Daniil Kvyat and Alex Albon.

Renault should be fighting for best of the rest but the car has let them down so far this year but that didn’t stop Daniel Ricciardo from grabbing it by the scruff of the neck and hauling it into the points for a 9th place finish.

Can we say it is a slight win for George Russell finishing ahead of Lance Stroll, Kimi Raikkonen, Robert Kubica and Antonio Giovinazzi?

A fail for several drivers/teams who got caught out by pitting during the safety car such as Haas F1’s Kevin Magnussen, Renault’s Nico Hulkenberg and McLaren’s Lando Norris. Like any safety car period, some drivers gain and some drivers lose.

A fail for Racing Point who couldn’t get either car in the points and there are few better than Sergio Perez at managing tires but he still couldn’t make any headway in Monaco while his teammate, Lance Stroll, managed to get in a few folks way on his path to 16th.

A fail for Alfa Romeo who had a miserable weekend with Kimi Raikkonen finishing 17th after becoming a mobile chicane for the rest of the field on his long first stint and Antonio Giovinazzi dropping back to last.

Not quite sure what Mercedes were thinking with strategy on the Medium compounds but I am sure it made sense from their perspective even though it seemed wrong from the get go. Perhaps they were banking on rain but I haven’t heard the justification yet. I’m sure they’ll let us know.

I feel for Charles Leclerc but I am not sure why he wasn’t told to slow down in a big way when he punctured his tire to prevent him from destroying the underfloor of his car on the way back to the pits. He had nothing to lose and Ferrari made the right choice to retire the car but still, a miserable weekend for Ferrari and Leclerc.

A WTH for the stewards of the race. Causing a collision on track was a 10 sec penalty, doing so in the pit lane due to an unsafe release was only 5(!).

Gotta try and keep interest in the race, 10 sec penalty would have viewers switching off (assuming they hadn’t fallen asleep yet).

I’m chuckling away… I was actually asleep and ESPN ran blank commercials during the Le Clerc debacle. And everyone who is SOOOO excited about this race have to talk about tires and also-ran teams. Honestly, was there EVER oiubt Hamilton would jot win? No, it was assured and today’s Autosport and others are saying so. Another snore (and more than 1/3 of all commercials running blank).

Isn’t the commercials running blank a streaming vs cable issue? I have YTTV and did not have any commercials during the race.

I am soooooo tired of these engines!!! Imagine how much more interesting it would be if drivers could actually push their machinery instead of having an IT Hobbit come on the radio and tell them to turn the engine down?! Vettel should be able to take risks and blow up his motor if need be to attempt a win…..instead we have egg heads managing it all for him. I’m just sick of it.

Headline should read, “Hamilton Wins for Lauda, Despite Trying to Lose for Himself”

The constant braying from Hamilton about the state of his tires was pretty funny. He really seemed to be the only person in Monaco who didn’t understand that he could win the race just by clogging the track and letting the overly-tight circuit keep Verstappen behind him. His post-race interview had him in rare form too; only Lewis could win a race and then give a statement about how pissed off he was about the race strategy, and also for some reason bring up that he was still mad about losing the 2007 Chinese Grand Prix. I guess when you… Read more »

Damage to Bottas’ wheel after Max hit him. 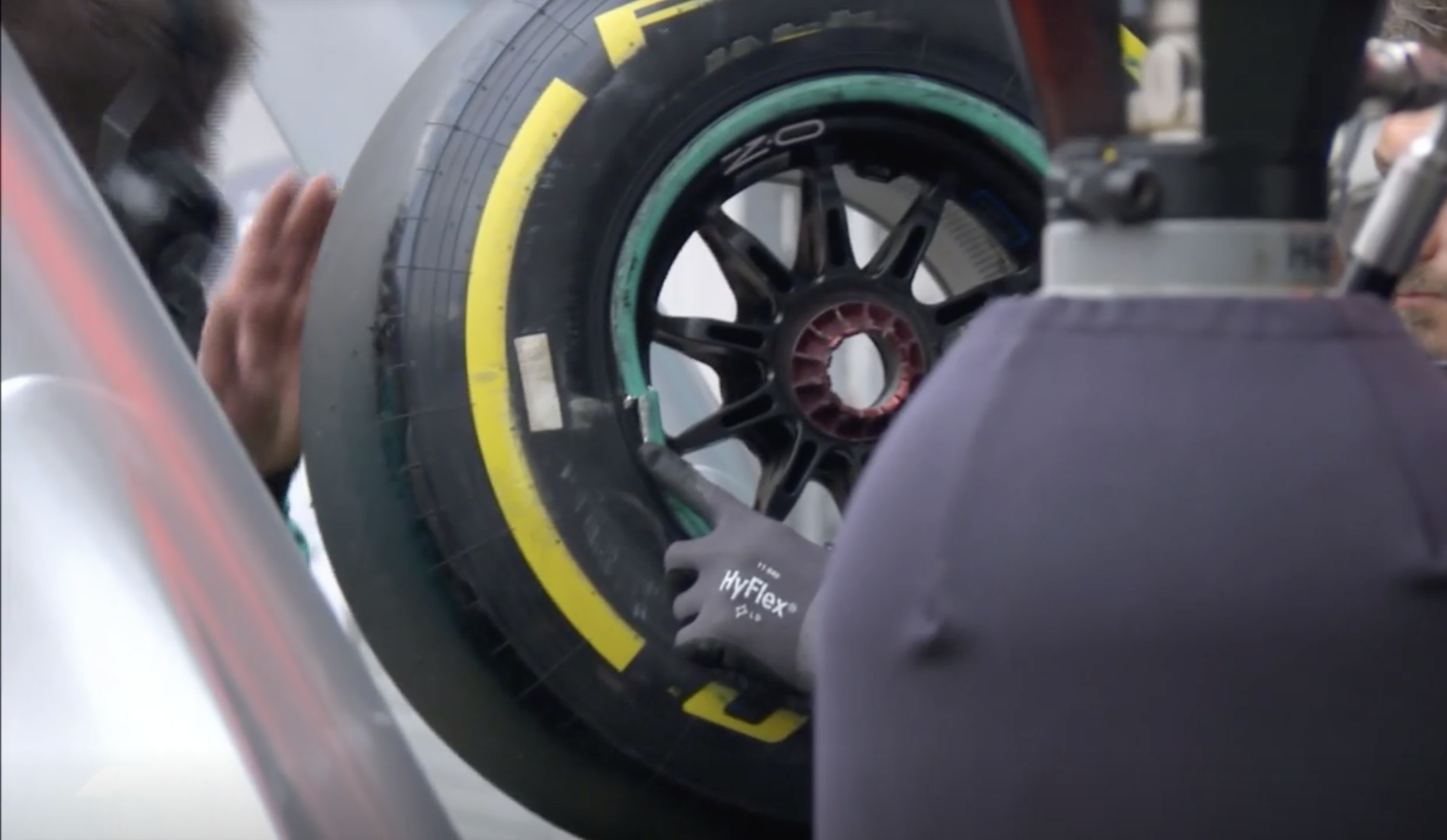 Previous article
Ferrari explain Leclerc blunder in Monaco
Next article
TPF Podcast #631 Monaco GP review
Some people don't like Monaco, I love it. It was a good race and there was intrigue over tire wear (which I'm not a fan of) but a win for Merc in memory of the legend, Niki Lauda, seemed fitting. Race Report: Hamilton wins Monaco for Lauda