After what seems like a short winter season, Formula 1 charged back into Bahrain for the season opening race replete with brand new regulations, new race directors, new sponsors, new drivers, new broadcast crew members, new tires, new winners and new losers. In short, there was a lot new about this season and that always means there is plenty of room for “good faith” and “human errors”.

You’d be forgiven for throwing a dart trying to predict the podium because the new cars revealed very little during testing. However, if you believed the hype, then you may have chosen Ferrari to do well in Bahrain and you would have chosen wisely.

Ferrari’s Charles Leclerc took his pole position to victory by holding off a charging Max Verstappen but with both Red Bull cars enduring DNF’s in the waning laps of the race, it left the door open for Leclerc’s teammate, Carlos Sainz, to seize the second step on the podium. A late-race Safety car allowed Lewis Hamilton to close a 30s gap to be in the hunt for the podium and he claimed third.

A big win for Ferrari who have struggled the last two seasons. They focused most of their energy on this year’s car for much of 2021 so they hit the ground running with not only a good chassis but a much-improved power unit as evidenced by the result of their customer teams such as Haas F1. The bells are ringing in Maranello with the best possible start to a season in many years.

A win for Mercedes, who are very clearly on their back foot, by taking advantage of Red Bull’s failures. You have to be there to capitalize and after an attempt on Hard compounds, which was a move in the wrong direction, they boxed three times and Lewis made terrific ground in a car that was not interested in sniffing for a podium. Mercedes benefitted from a Safety Car (which many fans are angry at me for daring mention that) as they were more than 30 seconds behind the leaders and well within the midfield who were all boxed-up with new tires. Lewis did a terrific job of taking advantage of Red Bull’s failures and that is what you have to do especially when your car is struggling. George finished on Lewis’s tail.

Huge win for Haas F1 and Kevin Magnussen! The team has been on life support for a few years now with nothing but drama. After draining Uralkali’s investment in 2021 to design the 2022 car, they’ve kicked Uralkali to the curb, along with its obligatory driver, and brought in hot-shoe Magnussen to score an amazing 5th place in Bahrain. Mick Schumacher nearly had 10th and points.

A win for Alfa Romeo’s Valtteri Bottas who dragged his Ferrari-powered car put to 6th place with rookie Zho Guanyu in 10th for his first points of his F1 career! A great start for a team that was struggling. Fresh new car, fresh new drivers and a fresh new hope for 2022.

A slight win for Alpine’s Esteban Ocon who finished 7th but as a factory team, this isn’t where Alpine should be running. With Fernando in 9th, you would hope this is at least a sign they are moving int eh right direction…toward the front.

Also a slight win for Alpha Tauri with Yuki Tsunoda in 8th place but a DNF for Pierre Gasly means Red Bull may have an issue in their power unit or it could just mean that the incident is isolated to the Alpha Tauri. Either way, it’s an issue they have to solve.

A big fail for Red Bull Racing who clearly have a strong car but technical failures in Max Verstappen’s car as well as a last-lap DNF for Sergio Perez means there are serious issues with their fledgling engine program. A big loss of points for Max in his title defense and with Leclerc and Hamilton both scoring, he’s on his back foot heading into Saudi Arabia with questions lingering over their technical department.

I wasn’t sure where Aston Martin would finish but it’s clear the 2022 testing and now season opening race has identified them as a midfield-to-back-of-the-pack runner. They have a lot of work to do and Lawrence is starting to experience the Gene Haas syndrome I call Haasian Syndrome. It’s where you realize that throwing lots of money at your F1 project doesn’t simply buy results. Lance Stroll made the best of it in P12 while Sebastian Vettel held his couch down due to CV19 and Nico Hulkenberg did a nice job as stand-in even if he only finished in P17. Lawrence will not be happy at all and perhaps he is now living with the car that Otmar designed but he shouldn’t feel bad because Otmar is living with the car Marcin designed.

Not a great day for Williams, or any Mercedes-powered team for that matter, as they were out of the points and seems to be fighting off any contenders for back of the grid honors. Alex Albon was a bright spot, however, as he pushed up into P13 and that’s not a bad result to be fair.

Not quite sure if there were all-new producers int eh Sky Sports broadcast studios but let’s get the cameras focused not eh on-track action and not Lewis when he’s trundling around by himself 30s behind the leaders around lap 27.

Where was Ant Davidson or Paul Di Resta or Rachel or Karun? After this weekend, I miss them dearly. 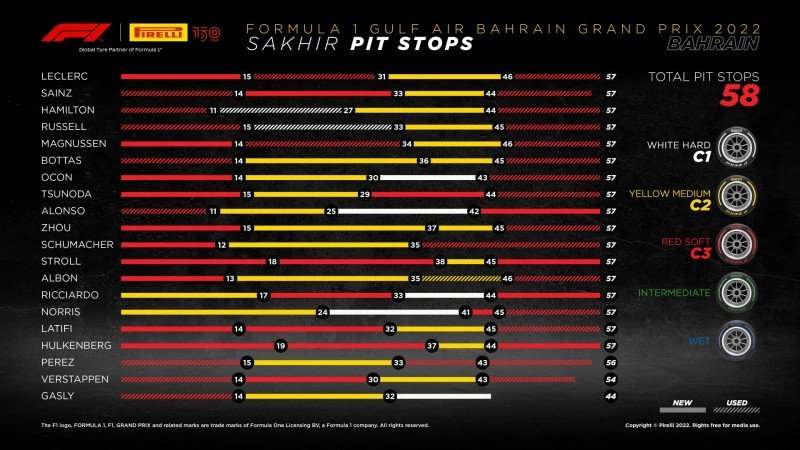 The Haasian Syndrome should be called the Toyota Syndrome. Remember them? I believe DiResta or Davidson was racing in the WEC at Sebring this weekend.

The screen shot attached says it all……

With the last six finishers being Mercedes powered, are they lacking in power with the new spec fuel, or is it the tevised packaging of the PU ancillaries to enable the works team zero pod design causing the centre of gravity to be too high?.

I hope Ferrari’s power gains are totally legal this time around.

With the PU frozen now the only changes allowed are for reliability reasons. It would seen that Honda have the perfect excuse to continue some development.

I’m not sure where the bigger surprise came from TBH. The last 6 having Mercedes lumps, or 5 out of the 6 Ferrari powered cars in the top 10?

I had a thought, what if Mercedes cruises to a championship, just by consistent finishes? Highly unlikely, but I think it’s going to be one of those years where we are going to see a lot of the unexpected.

If Mercedes PU is having issues, I think if I were a competitor, I would be watching these “reliability” upgrades very closely. It’s quite a departure having had a PU advantage for 8 years now to have bottom six. If I were Ferrari,, Renault or Red Bull, I would be making it very clear to FIA that any PU updates need to be serious scrutinized.

No, I don't believe he's been overrated. He's more than…

Hi Todd, Paul and Grace, I enjoy listening to your…

I think Ricciardo has always been overrated. It's all based…

Hi Todd, Paul and Grace, I have a question about…

Previous articleFerrari and Leclerc take pole for Bahrain GP
Next articleBahrain GP Review | The Parc Fermé F1 Podcast Ep 775
It was a good race, and the first races usually are because you get to see who is on it and who has work to do. Red Bull may have found the Mercedes lack of pace amusing but at least they finished the race. Negative CamberRace Report: Leclerc wins Bahrain GP as Red Bull's DNF