The notion of having a “Dream Season” in which you win every grand prix has come to end for Mercedes. Having won the first six races of the season, Mercedes experienced an MGU-K failure on both cars reducing power (slowing them by 20mph down the back straight) and eventually halting Lewis Hamilton’s race. Hamilton’s teammate, Nico Rosberg, was able to finish the race but did so in second place behind Red Bull’s Daniel Ricciardo who scored his first F1 win.

Exciting races are born from attrition and the notion and that is what we had in Canada. Mercedes may have lost their bid for the perfect season but they clearly haven’t lost their dominance.

Certainly the big win of the day has to be Daniel Ricciardo, the Smiling Assassin, to take his maiden victory in F1. There are other “wins” starting with the Canadian fans who always put on a great race and create a fantastic atmosphere in which to hold a race. Austin could learn a few things here. A big “Win” for an exciting race.

Ricciardo is in good company winning his maiden victory in Canada and joins Lewis Hamilton, Robert Kubica and Gilles Villeneuve in doing so.

Attrition will always be a part of Formula 1 and a circuit like the one in Canada is a punishing track on brakes and every other component. Because of this, ten cars were out of the race. With that kind of attrition and the action up front, you may have missed another “Win” for the race which was the 4th place run for McLaren’s Jenson Button and a 9th place points finish for his teammate Kevin Magnussen. Much needed points for the folks in Woking.

Force India was another great storyline as they were playing serious strategy with this race and contextually designed around their long-run race pace. It nearly worked until Sergio Perez had brake issues that dropped him into the clutches of Ricciardo and then into the hands of Williams F1 driver Felipe Massa who crashed into Perez on the final lap.

Another “Win” could be for Nico Rosberg who appeared to have his brake bias set more forward and managed to cool his brakes and stave off a retirement, such as the one his teammate suffered, in order to finish the race which puts him 22 points ahead in the driver’s championship instead of just four.

Sebastian Vettel managed to finish a race and while it wasn’t where he would like to be—behind his teammate—it did signal a return to some kind of form for the 4-time champion. He was genuinely happy for Ricciardo’s win and seemed realistic about the gift Mercedes handed Red Bull in Canada.

Honorable mentions to Jean-Eric Vergne for scoring points in what has otherwise been a miserable season so far for the Toro Rosso driver.

Also to Renault for getting a little podium love from Sebastian Vettel who congratulated them for the win today. The company has taken a drubbing of late and needed the boost.

To start with, Kvyat, both Lotus drivers, both Marussia drivers, both Caterham drivers as well as both Williams drivers and Lewis Hamilton all get an “F” for their race in Canada. The DNF’s for both Caterhma and Marussia is huge given the amount of attrition in this race and the missed possibility for more points if they had simply finished the race.

Max Chilton’s run of reliability—finishing every race he’s started in F1—came to a dramatic and costly end when he took his teammate out on lap one. Caterham’s turbo failure for Marcus Ericsson and Kamui Kobayashi’s suspension failure was a massive hit to the team.

Valtteri Bottas’s Williams may have done better but his deep dives into the hairpin lost him crucial positions and his ragged tires left him adrift of a shot for the podium. Williams F1 had every reason to score serious points Sunday but threw it away.

For his teammate, Felipe Massa, the day was turning out to be a dream race where a podium was possible due to his superior speed on fresher tires and while we thought we might be seeing the 2008 version of Massa returning, his crash on the final lap with Perez shows us that the old Felipe we know and love is still here…he just can’t quite get a break these days.

The reason the race was so exciting was because it wasn’t being dominated by Mercedes. There is a lesson in that for F1 but suffice it to say, the drama was riveting and it all centered around the notion that this could be anyone’s race given Merc’s power issues. The crowd went wild when Ricciardo passed Rosberg. They loved the pass and re-pass between Rosberg and Hamilton and tend to like racing where the cars can actually race each other.

A sour day for Ferrari as well as Fernando Alonso said that they would not have been in the points if the race had gone to plan without the Massa/Perez incident but finishing in 6th and 10th in a race with this much attrition is not good enough for the Scuderia.

The first corner defense of his line that Rosberg put on his teammate, Hamilton, was completely a case of good racing. While Twitter was ripe with accusations of Nico being dirty in his tactics have completely forgotten about Bahrain where Hamilton did the very same thing to keep Rosberg behind him. That’s racing folks.

The “WTH” has to go to Felipe Massa and Sergio Perez. I was a tad confused—what was that all about? Who caused what? At first blush it looked like Massa collided with Perez but then it looked like Perez jinked left catching Massa off guard.

It was later deemed, that Perez caused the incident by moving into Massa’s line and he was penalized a 5-grid spot penalty for the next race in Austria…the right call?

Marussia, hot off their first points of the teams history in Monaco, managed to get it all wrong and end their race on the first lap. BAD.

Lotus F1 still suffering technical failures and that is making a bad year worse. There was a crash in this race and Pastor Maldonado wasn’t involved so that is a positive.

There were some radio communications between Sebastian Vettel and the team in which it did appear, very similar to Hamilton, that the German was questioning the team’s strategy regarding his race. I don’t read much into that, just like I don’t when Hamilton does it, but some suggest that there could be some friction between the two.

Finally, when Nico Rosberg was under attack from teammate Lewis Hamilton around lap 33, he missed a braking zone and cut the final chicane. The stewards reviewed the situation and gave him a warning. At the time, Nico was leading the race and Hamilton was closing in. Twitter, again, was ripe with accusations that he should give the position to Hamilton as he cut the chicane and gained an advantage.

I cannot recall a precedent for a leader to give away the lead for cutting a chicane on the first offense. I could be wrong but a warning is the precedent I recall and if Nico persisted in cutting the chicanes, then he would be asked to cede the position. No penalty, as in a drive-through or 5-second penalty, is clearly the right call from the Stewards which included our friend Derek Daly this weekend. Good call Derek. 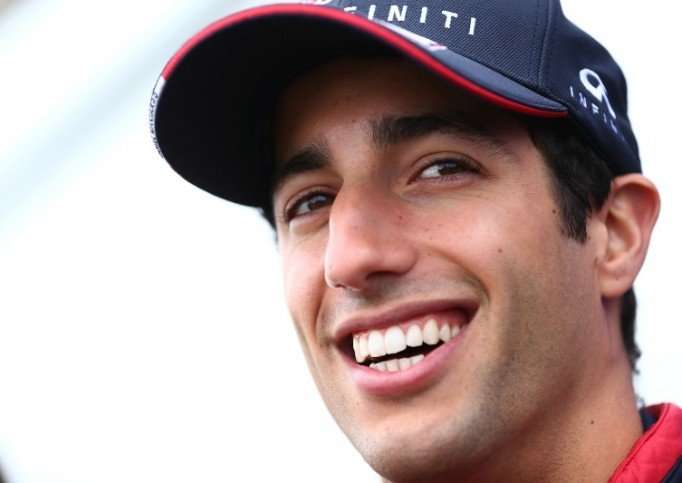