When you come to Brazil for the FIA Formula 1 Brazilian Grand Prix, you enter an eclectic mix of racing fan passion and the sobering memory of one of the greatest drivers ever in Ayrton Senna. Like Ferrari and Italy, Senna and Brazil are one. They are symbiotic and despite no Brazilian drivers on the current F1 grid, the fans in Sao Paulo carry their history, the memory of Senna and their feverish love of motorsport with them.

Red Bull and Honda sent a serious message on Saturday with pole position for Max Verstappen and the good money was on Max converting that to a win but few had pinned the second place for a Honda-powered Toro Rosso in the shape of Pierre Gasly. There was a possibility of three Honda-powered cars on the podium but a clash with Lewis Hamilton left Alex Albon spinning toward the back of the grid while Lewis’s Mercedes secured third.

A big win for Red Bull who commanded the weekend with pole position, passing Lewis twice on track and nearly managing to secure a 1, 2 win had it not been for Lewis Hamilton’s clash with Red Bull’s Alex Albon. Max Verstappen looked sublime all weekend long and getting two Honda-powered cars not eh podium at Senna’s home is very fitting.

A big win for Toro Rosso who took advantage of the Ferrari attrition and enjoyed a 2nd place finish for Pierre Gasly. Pierre has been doing a great job since being demoted to Red Bull’s junior team and his podium finish is the first for the team since Sebastian Vettel gave them a win in 2008. Surprisingly, the Honda shove in Gasly’s car managed to beat Hamilton’s Mercedes in a drag race up the hill on the final lap. 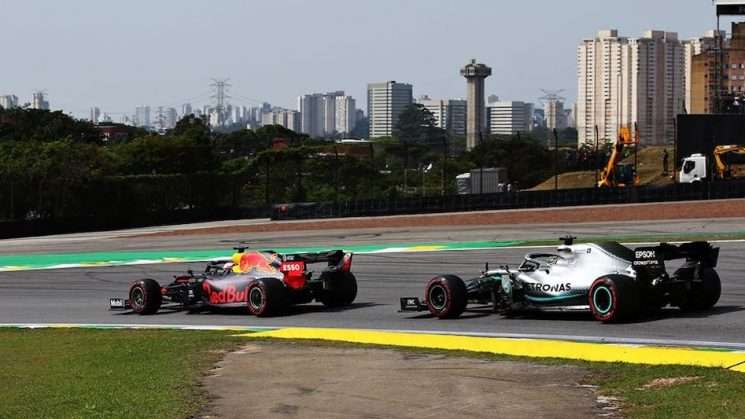 A big win for Carlos Sainz who, after 101 races, scored his first podium. Sure, attrition played a large part but you have to be there to take advantage of it and given the fact that Carlos started at the back of the grid and had himself in a position to claim 3rd is a huge achievement.

A win for both Alfa Romeo’s who finished 5th and 6th and while Ferrari dual-DNF’d, they actually did manage to get two Ferrari engines in the points. A great result for both Kimi Raikkonen and Antonio Giovinazzi who drove terrific races for serious points. That’s a big deal as they are only 14 points behind Racing Point for 7th in the Constructor’s Championship.

A win for Daniel Ricciardo to 7th and while he was handed a 5s penalty during the race, he managed to make a run of it into the points.

A fail for Ferrari who suffered a double DNF when Sebastian Vettel and Charles Leclerc came together cutting each others tires and ending their races with both drivers standing on the side of the track pointing their fingers at the other. Mattia Binotto was sensible, as was Charles Leclerc, who said the team needed to asses the situation and remain calm until they could fully understand the data and issues. Sebastian was curt and tight-lipped about the incident as well. Regardless, the team were heading for a podium and as it turns out, may have had two cars on the podium but that’s all speculation. Both drivers were summoned to the race stewards but no penalties were given. 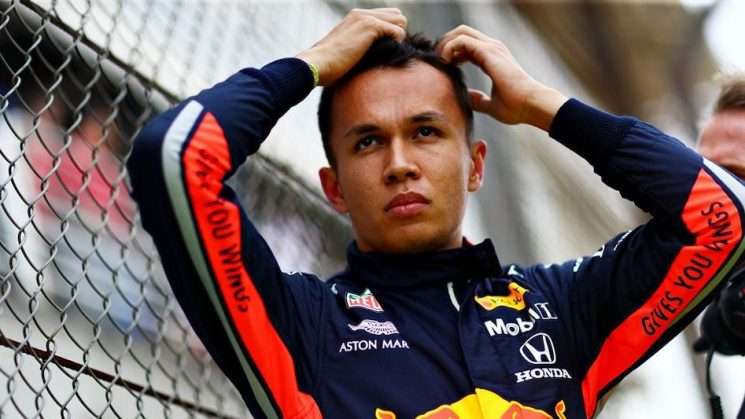 A fail for both Lando Norris, Daniil Kvyat and Nico Hulkenberg who were outshone by their teammates and in Norris’s case, his teammate started from the back of the grid. In Daniil case, his teammate secured a fantastic podium while the Russian languished in 10th. For Nico, he was well out of the points while his teammate was up in 7th. In fairness, there were differing strategies so the term “fail” may be a little heavy handed. Nico was also given a penalty for an illegal pass.

The mysterious tire performance window which seemed to magically descend upon the Haas F1 team on Saturday, disappeared in the back allies of Sao Paulo come race day with both drivers struggling for pace and finishing out of the points after having made it into Q3 during qualifying.

A Williams just 25s out of the points? Are you kidding? George Russell proving he deserves a better car and Robert Kubica struggling to make a grand comeback. 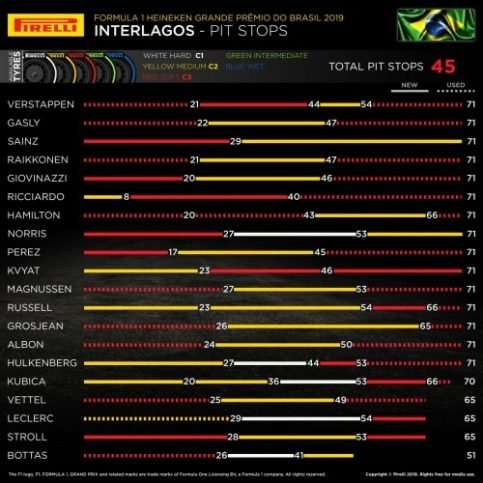 “Pierre has been doing a great job since being demoted to Red Bull’s junior team and his podium finish is the first for the team since Sebastian Vettel gave them a win in 2008.”

Also, doesn’t Sainz deserve a spot at the Win-section? He started 20th and ultimately got on the podium in a McLaren. Has anyone checked up on Alonso yet?

Absolutely correct, completely forgot about Daniil’s terrific drive. As for Carlos, I was waiting on the investigation over DRS rage and his name was involved. As it is, I just saw they cleared him and have updated the review.

What a boring race!!!

… Oh, sorry. I watched the French GP before this one.

What a crazy Brazilian GP race! True to it’s name, I don’t have any hair left.

I’m a little concerned that the FIA just learned that all the excitement and talking points from this race all came from a …. competition caution.

LOL…yeah, many of the folks in top 10 were a lap down but thanks to SC period, they were in the points. :)