Mercedes entered the Canadian Grand Prix without their upgraded power unit deciding that risk aversion would be the better decision even though Ferrari, Renault and Honda brought their second iteration or PU2. Many in the press felt that Mercedes may still be the favorite at this power circuit but that wasn’t the case on Sunday in Montreal.

Ferrari’s Sebastian Vettel became only the fourth driver to win 50 grands prix on Sunday in Canada followed by a spirited Valtteri Bottas and young Dutchman Max Verstappen. Lewis Hamilton seemed to be chasing his tail all weekend long as the car was constantly struggling with grip from the rear tires and continually giving Hamilton oversteer. He finished a distant 5th and lost the lead in the championship battle by just one point.

A big win for Ferrari and Sebastian Vettel who took the first pole for the team since 2001 and followed that up with the first win in Canada for the team since 2004. The win also shoved the German into the lead of the championship by one point. The win may have come on the corpse of an older Mercedes power unit but we have yet to see if Lewis Hamilton’s new PU2 will have the Italian team covered at the next three power circuits.

A win for Valtteri Bottas who outqualified his teammate, Lewis Hamilton, and finished second in a race that Mercedes simply didn’t have the pace to win. Bottas had a bobble late in the race while trying to pass Carlos Sainz but he was pushing for everything he could and put together an honest shot at making life difficult for Vettel.

A win for Red Bull who managed to keep one Mercedes behind them and deliver a podium performance for Max Verstappen who has had a very difficult start to the season. Max’s podium and turnaround started in Monaco and his cool-headed approach to Canada honored him with a podium and that’s the kind of reward that can assure Max that changing his ways does pay off. Daniel Ricciardo’s 4th place was also a small victory by keeping Hamilton behind him.

Nico Hulkenberg’s continued love affair with the number seven continued with a good run to 7th leading his teammate Carlos Sainz and while some believed the Spaniard would have the better of Nico, that hasn’t been the case this year. The German shows that he still may be one of the most overlooked drivers on the grid.

A big win for Charles Leclerc who muscled his Sauber up to 10th and in the points by holding off a veteran with a pedigree as one of the best to ever have raced in F1 in the form of Fernando Alonso. While Alonso would eventually DNF, Leclerc also showed that his teammate, Marcus Ericsson, may have just had his feet knocked off the desk at that team. 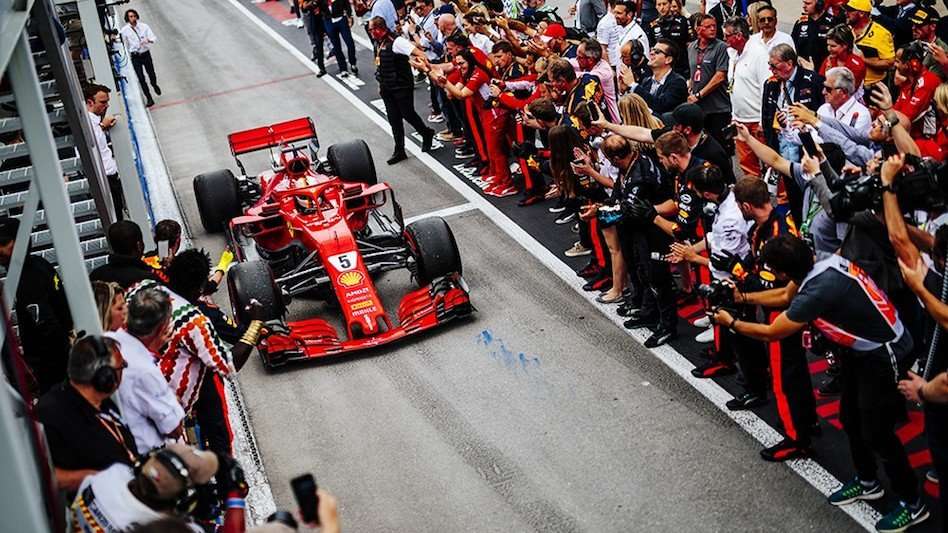 A win that no more groundhogs were killed in the process of entertaining humans. While death in the afternoon does “spice up the show”, no one should take rodentia death lightly.

A fail for McLaren who struggled all weekend long and while they entered Canada with reservations, they left with embarrassment. An Exhaust failure deprived Alonso of another possible points finish and it is beginning the look like the biggest brand at McLaren is Alonso and not the company at this point. Having no Honda to blame, McLaren left a lot on the table in Canada.

A fail for Haas F1 who had new Ferrari engines but couldn’t convert that power into points. The smoke plume out of the back of Romain Grosjean’s car at the beginning of qualifying was not a good sign and the weekend only got worse.

A fail for Kimi Raikkonen who qualified decently but never seemed to get the bit between his teeth to hunt down and pass a struggling Lewis Hamilton. He ceded a position to Ricciardo at the start and then missed the cut on Hamilton during the pit stop cycle and never mounted challenge from there.

A WTH moment for Lance Stroll and Brendon Hartley who ended their races on the first lap at turn 5. The immediate blame from Claire Williams seemed premature and possibly misplaced and that was confirmed after she had blamed Hartley and then admitted she hadn’t seen the replay yet. Uh…?

A WTH for Marcus Ericsson who doesn’t seem to be in the same zip code as his teammate, Leclerc, recently and we know the car is capable of scoring points so finishing 15th isn’t a good result.

A WTH for the premature checkered flag waving by Winnie on the penultimate lap. Even Vettel knew the race wasn’t over yet so how did the FIA get that one wrong, if they watched their own F1 TV feed they’d know which lap they were on. The regulations are:

“Should for any reason the end-of-race signal be given before the leading car completes the scheduled number of laps, or the prescribed time has been completed, the race will be deemed to have finished when the leading car last crossed the [finishing] line before the signal was given.”

This means the race ended on lap 68. Lewis Hamilton’s friend, Winnie Harlow, may want to stick to modeling. It’s not the first time that’s happened as Sky Sports F1 pointed out. Perhaps Winnie took her cue from Pele.

Seven races in and we still haven’t had a race without a safety car. Are driving standards getting worse?

I think its partly that the stewarding has changed and incidents that would previously have been managed under double waved yellows, now get a safety car.

I noticed on the after race coverage that one of the Red Bull’s ran over a small drill during their pit stop chucking it at the pit crew.

Also, RIC looses fast lap due to the checkered flag error, it went to VER.

Do we all get the same TV coverage? I was getting so frustrated with the fact the cameras would keep cutting away from the close racing (Hamilton closing on Ricciardo), or not cover it at all (Ver-crash-en closing on Bottas), so that we could see….. vista’s of the lake beside the circuit, fans waving flags in the stands, Super Model and activist flag girl, Lance Stroll in the pits. A bit useless really. We missed a lot of the Ricciardo / Hamilton train tearing through the backmarkers. Ricciardo seemed to do a fantastic job to use the backmarkers to keep… Read more »

I think there is only one feed regardless of the channel or broadcaster but the crew that FOM uses, ie., producer, directors, etc., are local due to union laws and whatnot. The director decides which battles to show and they often focus on the wrong ones.

I don’t want to see the battle for 10th when a battle for podium, like Bot vs Ver or best of the rest is going on like Ric vs Ham.

Thanks Broderick, it seems that the Canadian producer really doesn’t have much of an understanding of Motorsport, that was abysmal.

Pretty sure the days of local producers are long gone (except maybe Monaco? though much like the stewards, they are probably better anyways).

Like I always say: A winning Ferrari cures all ailments. I can only imagine the fury had it been a silver car disappearing away. The normal F1 scapegoats get a pass unil the next GP ;)

Except allergies to Ferrari. Ah-choo!

1 point between the top two in the standings is great for the sport but is overshadowed by boring grand prixs now in the last two races.

If only Jacques did a flying lap in Gilles’s Ferrari, that would have made my day. He wasn’t even allowed to do that.

That would have been very cool. But, can you imagine if he’d dropped it?
He’d have become a laughing stock, Oh wait……….

Mercedes had run the whole season so far expecting to only get five races out of this PU, so once they had to run it for a sixth they must have not been certain they could really get 70 good laps out of Lewis’ motor. So I guess they dialed back the settings and told Hamilton to just finish the race, knowing they couldn’t really finish below sixth unless Hamilton got himself into trouble. Bottas is more expendable, so it makes sense that they pushed harder with him to try to put some pressure on Vettel and capitalize if the… Read more »

I don’t think the engine was end of life’d as I read or heard that the 7th and final race on that engine was scheduled for Hungary. But with Montreal being a power circuit they may have been playing it a little safe. If they were to run this in Hungary, the other teams may have the same thought -> at Hungary the Merc will now have a fresher engine than the others. It will be interesting to see how this plays out. Is there a source of which PU elements are being used at which track? Or is it… Read more »