The long anticipated launch has come and Red Bulls legendary designer Adrian Newey has not disappointed. The 2010 Red Bull RB6 is the most recent challenger designed by Newey and made its debut at Jerez today. Newey has always been a terrific designer throught his career which includes positions at Wiiliams F1 and McLaren. Stunning designs and creative thinking are just two of the things Newey is known for but ultimately his biggest calling card is winning. 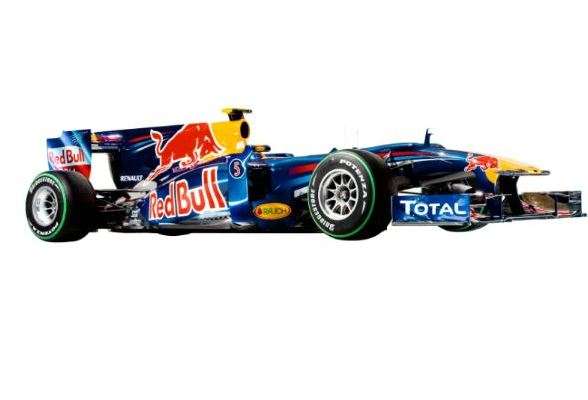 â€œI do enjoy regulation changes such as those we had last year,â€ reflects Adrian. â€œThey allow you to sit back with the clean sheet of paper and from first principals try to work out the best solutions to those regulations. Eleven years since a big change, and four years since any change at all, meant F1 became quite repetitive. Nobody was coming up with new ideas; there were just lots of little alterations on existing, well-established themesâ€¦ and I donâ€™t find that quite as interesting.â€

Red Bull have effectively marched their way up through the ranks of mid-field contenders to championship seekers and this is no doubt attributed to the combination of Newey, drivers Sebastian Vettel and Mark Webber and team boss Christian Horner. Horner says they are in shape and looking for the top in 2010:

â€œFor us 2009 ended too soon!â€ he says. â€œFinishing the year with consecutive victories in Japan, Brazil and Abu Dhabi was terrific. In the early part of the year the diffuser issue caused us some difficulty, but Iâ€™m incredibly proud of the way everyone responded and the hard work that went into developing the car really paid off. We made great strides once the new diffuser was up and running and I think we had the best chassis of anyone, certainly in the second half of the season.â€

â€œHaving won grands prix, achieved pole positions and finished second in both the Constructorsâ€™ and Driversâ€™ Championships, our goal for 2010 has to be to go for the Championship. We have some formidable opponents but have demonstrated weâ€™re a front-running team, so our target will be to start in Bahrain where we left off in Abu Dhabi.â€ 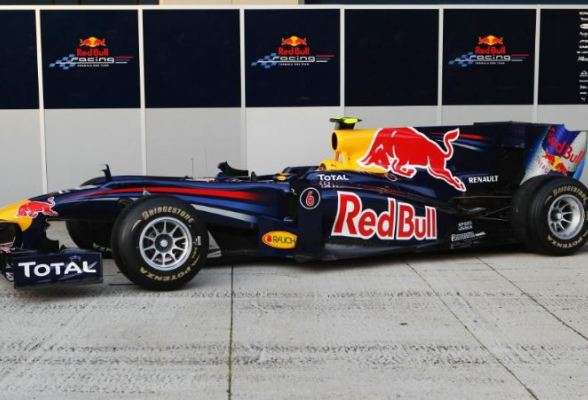 Few doubt whether a Newey-designed car can win the championship and even fewer doubt the ability of Vettel to take the car to the top. If ther eis one questions mark on the season for 2010 it may be the engine. Celebrating their fourth year of working with Renault, Red Bull are confident the R27 engine will be the power plant they need. The 2009 season did see an engine concern with reliability issues at critical moments during the championship. The new engine freeze regulations added a challenge in 2009 but it becomes even more challenging for 2010 with more races added to the calendar. Renault’s FAbrice Lom explains:

â€œThe engine is homologated which means its specification is fixed, unless the FIA authorises any changes. The engine freeze means we have to gain permission from the FIA for any modifications and disclose full details of the change to them. The principal changes we have made are: countermeasures for reliability problems, minor changes for installation (including suppression of Kers), supplier requirements and cost-containment measures. In addition, the engine had to be validated for use in 2010. We have the same quota of eight engines per car for the entire season, which has increased this year to 19 races from 17, so, on average, the engines must do more km. The cars will also be quicker in 2010 than in 2009, so the duty cycle on the engine will be increased. Refuelling is eliminated, so we aim to be able to run lean to reduce fuel consumption for longer during the race.â€

â€œWeâ€™re often asked what we have done over the winter to overcome our 2009 reliability issues, yet we didnâ€™t wait until the winter to start working on this. As soon as we had the first failure we set about understanding why it had happened, working to prevent it from happening again, although in Formula One you never have the assurance of 100% reliability. The engines are very complicated and we work hard to improve the chance of full reliability.

â€œI enjoy working with Red Bull Racing and feel very much part of both Renault Sport and Red Bull Racing. We have had some difficult times due to reliability issues and there was a question mark over the engine deal at the end of 2009, but I think the way we managed the situation proved we are a strong team. If you had offered me second in the 2009
Championship at the start of the year, I would have taken it. But, getting so close to the World Championship and then
being beaten by another young team makes me much
hungrier and in 2010 we will be doing all we can to win.â€ 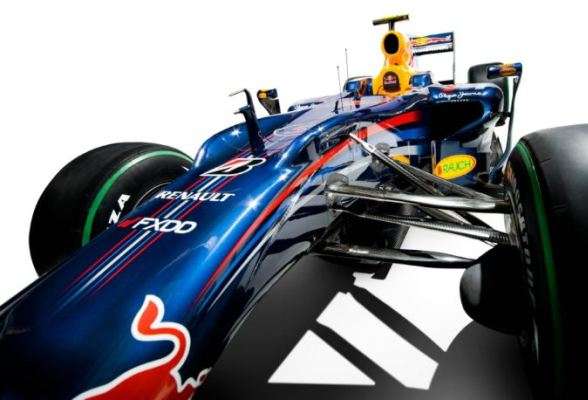 If looks have anything to do with the speed of a car or its ability to win titles, the Red Bull RB6 has already won. It could be argued that the McLaren has as well based upon looks, which are similar to the RB6, and that Ferrari may not look as exciting but testing times prove they may have looks and results. Time will tell.