Today is my youngest daughter’s birthday and it is also Michael’s birthday. His 50th to be exact. I’ve read many wonderful tributes to Michael on many blogs, motorsport and F1 websites. Autosport had a nice feature that ranked Michael’s cars and for what it’s worth, I agree with Edd Straw (well done Edd).

There’s very little I can add that I have not already said in editorials over the past few years but today I am reminded of an element that I feel sets Michael apart. Some of you may know that I am a guitar player and if I meshed the two worlds, Michael has what Robert Johnson, Chet Atkins, Jimi Hendrix, Eric Clapton, Jeff Beck, Eddie van Halen and Eric Johnson have. He has what Juan Manuel Fangio, Jim Clark, Prost, and Senna have. 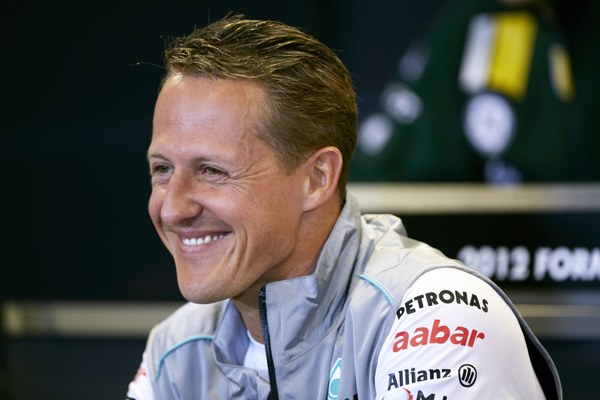 Michael, like those guitars players and drivers I named, elevated the art to a level that physically changed the industry and became the benchmark for all those who followed. For Sebastian Vettel and Lewis Hamilton, Michael is the benchmark of driver fitness, skill, race craft, performance and singular focus that they strive to achieve. His presence in the sport, like Fangio, Clark and Senna, raised the bar and set a new benchmark for all other drivers.

I realize that Senna is Lewis’s hero but he’s not chasing Senna’s records or level of domination, he’s chasing Schumacher’s shadow that is still cast over Formula 1. Will Schumacher be surpassed? I would say surely he will and it could be Lewis or it may be someone else. Until then, Michael’s footprint is still firmly on the neck of F1.

Michael, like Jimi Hendrix, was a game changer. It wasn’t until Van Halen came along that guitar was shoved into an entirely different level of playing. Just as Eric Johnson’s presence became the benchmark and elevated the art of guitar playing to another level. Senna had been the benchmark until Michael recast the art of driving in F1 to a new level. 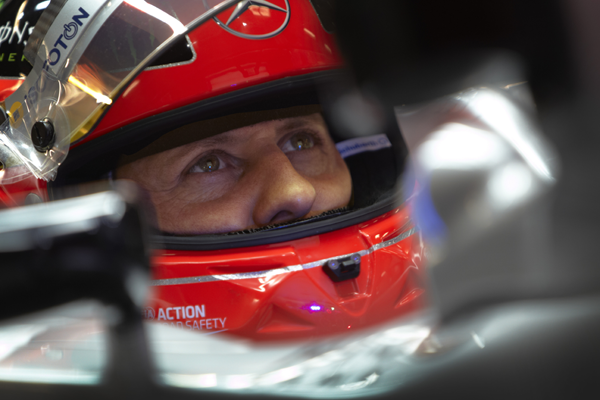 These unique people could be from any sport or trade. The geniuses at Apple moved the goal posts on mobile phones, Serena Williams and Tiger Woods moved the goal posts in their respective sports as did Federer, Dr. J and Michael Jordan. Sebastien Loeb reset the rallying benchmark and Valentino Rossi pummeled MotoGP into submission.

You don’t have to like Jeff Beck or Eddie Van Halen’s style or music or Senna and Schumacher’s style of racing but to deny their indelible impact on the sport or profession in which they participated is to ignore reality.

As we celebrated this evening with a piece of my daughter’s birthday cake, we all also offered a happy birthday to Michael. We know the situation he is in because we’ve lived through that too and we offer our deepest birthday wishes to Corinna and her children to celebrate her husband and their father. The man who re-wrote F1 and the man that set a new benchmark that all the drivers on today’s grid are still striving to reach.