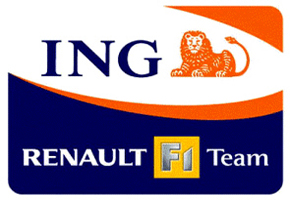 With speculation running rampant and teams like Honda, Kawasaki, Suzuki, Subaru and others bowing out, or rumored to be bowing out, of their respective series; Renault has become the next manufacturer to be discussed in hushed tones. GMM reports that Renault may have already reduced their staff and signaled that 2009 may be their last year in F1.

Jan.22 (GMM) Speculation has stepped up a gear that 2009 could be Renault’s last season in formula one.

Team president Bernard Rey said this week that the Enstone based squad’s parent Renault Group has pledged its support for “this year”.

This comment was followed by whispers in F1 circles that team management may have informed the latest meeting of the FOTA alliance that Renault engines will not be available to customer teams beyond 2009.

Sources are also reporting that nearly 100 staff at Enstone will shortly be shed, ostensibly due to the newly installed cost-saving measures.

In fact, the sources said precisely 98 staff may now already have been given notice that their employ is to end.

The sources informed that the majority of the losses will be limited to both the test team and the aerodynamic department.

Now anything is possible, as Jenson Button can tell you, and perhaps the French carmaker is preemptively suggesting that if fortunes do not change, they will be forced to withdrawal due to current financial struggles. Either way, this has to leave many fans scratching their heads as to what will become of Fernando Alonso who is still drying the ink on his two-year deal with Renault.

The global financial crisis has exposed an interesting predicament in F1 when it is populated by so many auto makers…they enter the sport fiercely, play hard, compete hard and then disappear as quick as they came. Even the most outspoken of teams can instantly leave the sport depending on the financial wind and whim of the executive board guiding investment decisions based upon gross profit dollars, ROI and market branding. The Renault team may have the best driver on the grid, the best car on the grid ( we’ll see) and the best talent in the paddock but if the company is losing money; all of that goes away instantly.

I made a decision many years ago to not rely on a certain brewery for all of our business. I always said they could be one of our clients but not our only client. They demanded more resources, deeper discounts and more employees to support their needs. We declined yet serviced them at the level we wanted to provide. We knew that if we would only attach our entire horse to their wagon we would reap large projects.

They sold that little microbrewery to another little microbrewery called InBev a month or two ago and the entire prospect of doing work for them has dried up. Massive capital expense reductions, job eliminations and effectively the moth-balling of the local office which was the world headquarters of one of the largest breweries in the world.

Why the story? I think there is a real lesson we can apply to F1 in my anecdotal tale. With so many manufacturers involved and the potential for business decisions to drastically affect F1’s viability…you can still buy a Budweiser beer.