After eight seasons, the FIA Formula One World Championship will say goodbye to the 2.4 litre V8 engine formula at the Brazilian Grand Prix this weekend. It’s not only the end of the 2013 season but the end of the V8 engine era.

Renault will most likely be known as the most successful engine manufacturer of the V8 era, with five Constructors’ and Drivers’ titles (2006-2010-2011-2012-2013) out of a possible eight and pummeling the competition with 59 wins, 65 pole positions and 55 fastest laps.

Renault has powered five of the eight drivers’ titles in the V8 era. Fernando Alonso became the first-ever V8 champion in 2006 with the Renault F1 Team. In 2010 the Sebastian Vettel dominance began when the German won his first of his titles. He cleaned up in 2011 and 2012 as well and in India 2013 became a quadruple world champion, bringing him level with Renault Ambassador Alain Prost’s tally.

Alain Prost: ‘I’m delighted to see Sebastian win the title. He is a great driver and he has had some outstanding wins this year, some of the best of his career so far. Singapore was one of those wins: he was fighting all the way but he made it look easy, which is always a mark of a worthy winner.

‘You can see he is methodical in his approach, builds a strong team around him that is 100% motivated for success and is entirely focused on the end result.

‘He is a great champion and I don’t think this title will be his last. He has a good team around him, stability with the technical team and with Renault, and of course he is still young enough to challenge for more.

‘I’m pleased to see him equal my four titles. I wish him all the best to go on and win others and become a great Renault champion.’ 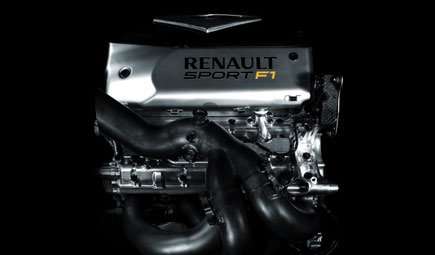 The concept of an ‘engine freeze’ in the Formula 1 regulations is a bit of a misnomer. Many fans assumed the engines were sealed by the FIA and not developed but that isn’t quite the case as Rémi Taffin, Renault Sport F1 head of track operations, explains:

“if you looked at the first V8 and the current V8 you would see that 95%
of the parts have changed, with each becoming completely optimized for its function. By
working on this, there is now very little degradation over an engine’s life. Before there used
to be a drop off of around 15bhp from the start to the finish, now it is very negligible.”

In 2013 Infiniti Red Bull Racing and Renault Sport F1 secured their fourth consecutive Constructors’ World Championship title. It was the first time in over 20 years that a constructor-engine partnership had achieved such an unbroken run of success. In fact, only once in the history of the sport has a partnership achieved a similar feat (McLaren-Honda from 1988 – 1991).

For Renault, the title concluded the V8 engine era on a high note. The French manufacturer secured the first-ever title under the V8 engine regulations in 2006 with Renault F1 Team, and now comes full circle to win the final title. With five of the possible eight crowns, Renault is now the most successful engine manufacturer of the V8 engine formula.

The 2013 title brings Renault’s total number of constructors’ championships to 12. To have won with four different teams and six different drivers shows the relationships have flourished and made Renault Sport F1 a true powerhouse in the world’s most advanced form of racing.

BAHRAIN GP After winning the 2005 championship, all eyes were on Renault, who had taken a gamble in being one of the last teams to run the incoming V8 engine. Fernando Alonso wins a hard-fought victory to start his title defense despite heavy pressure from Ferrari’s Michael Schumacher.

JAPANESE GP Fernando Alonso holds on to secure his second drivers’ title, giving Renault F1 Team the double-double of the drivers’ and constructors’ titles. The result awards Renault back to back titles with two different engine configurations.

CHINESE GP Renault moved into engine supply in 2007 with a partnership with Red Bull Racing. The collaboration goes from strength to strength, culminating in its first win at the Chinese Grand Prix. It was to be the first of many.

ITALIAN GP The Autodromo di Monza is the hardest test for engines, with 75% of the lap spent flat out and an average speed of more than 230kph. Sebastian Vettel gives Renault its first win at the track since 1995 in a classic duel with Fernando Alonso.

SPANISH GP Proving the adaptability of the RS27, Pastor Maldonado gives the renewed Williams- Renault partnership its first win in only its fifth race together.

AUSTRALIAN GP Lotus F1 Team retains its winning ways with a win for Kimi Raikkonen on the streets of Albert Park. The RS27 had won with three different clients and four different drivers over the course of just one year. 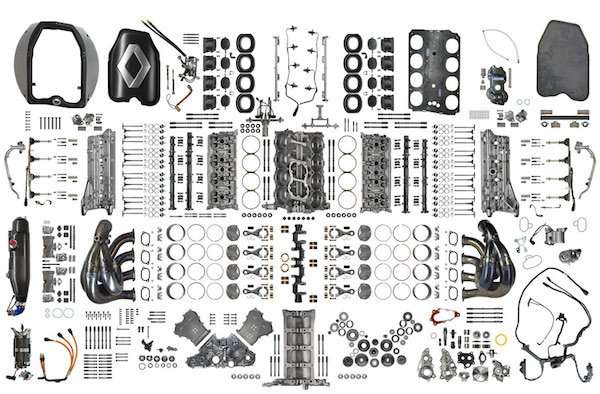 And so ends an era. From the first official test in the cold of January 2006 to the final race of the 2013 season in temperate Brazil, the V8 engines has sung its song and performed its final act. As it takes its final bow and the curtains fall, the new era of the V6 Turbo begins and with it the hope of another tremendous era for Renault Sport F1.

Previous articleBourdais lands sponsor in E-Cigarette Brand
Next articleHow should the season end?