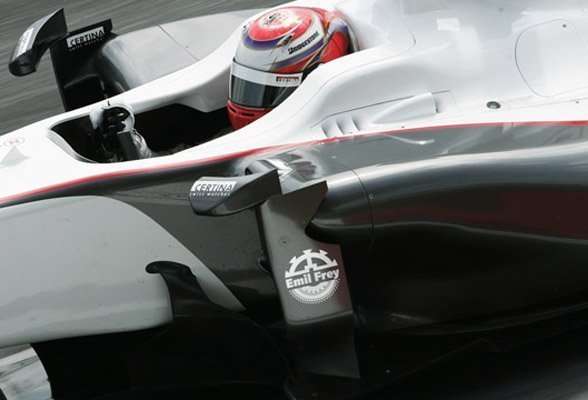 The difficult part of winter is that the off-season brings little F1 news and leaves most lying in wait for the anticipated new season. We huddle close to the fire and weather the storm until the first glimpse of F1 returns. That glimpse is usually the announcement of the car unveiling.

We slowly emerge from our stupor as teams announce the magic day the new 2011 car will be unveiled and we get excited to see what the teams have come up with, what the new look will be for each car and the overall thrill of a new season starts to have a tangible effect.

Thankfully, Sauber has capitalized on this notion and announced their 2011 car launch for January 31, 2011 at Valencia a day prior to the official test. With Peter Sauber, Sergio Perez and Japanese sensation Kamui Kobayashi in attendance, it should be a fun event.

The interesting thing for me will be Sauber’s approach to 2011. The team seemed to find some pace and performance at the end of 2010 and while some can place it in the hands of the drivers, I think Steve Matchett is right; the infusion of Mexican billionaire money in the form of Carlos Slim and a long-term future has to have made an impact on the team. The car, no doubt a creation of mid-year 2010 is certainly an adaptation of what BMW provided for the 2010 chassis but perhaps the new operating capital will allow for some aggressive design and new approach.

Most agree that Kobayashi has been a breath of fresh air in F1 and his can-do attitude is right at home at Sauber. What we don’t know is just how well Perez will fare against his more experienced teammate but I can’t help but think Sauber has it all to play for. A good engine in Ferrari, good drivers in Perez and Kobayashi and a good bank account in Carlos Slim. January 31st can’t get here soon enough for me.