Sauber have released pictures of their new C35 chassis for 2016. That’s it. It was about as eventful as that. They say they are targeting midfield. Not very inspiring but then the team have always been a tad understated.

One very important factor, however, is that Sauber, unlike all the other teams and media in F1, have chosen to refer to their exhaust note as “Sound” and not “Noise” and that’s just one more reason I’ve always liked this team.

Mark Smith, Technical Director of the Sauber F1 Team, said the Sauber C35-Ferrari is based on three key facts: a slightly different aerodynamic philosophy, adapting to changes within the power unit architecture as well as weight reduction. 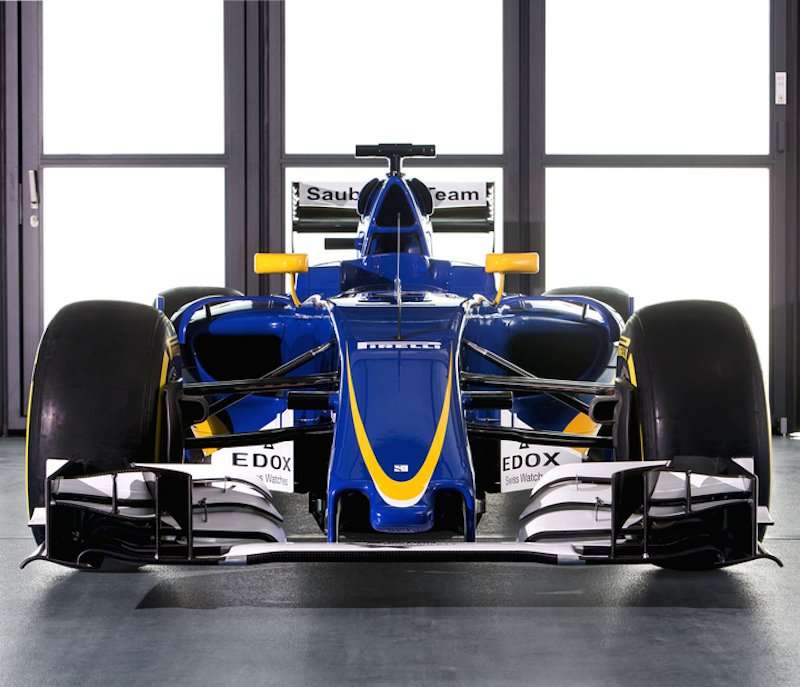 Packaging as a key

Chassis: The packaging of the 2016 power unit changed. This had an impact on the design of the monocoque of the Sauber C35. Moreover, this year’s gearbox from Ferrari also allowed the designers/engineers to take advantage of a tighter packaging, a more aerodynamic packaging in terms of bodywork. The side pods are smaller and packed tighter than they were on the Sauber C34. This also affected the cooling system, which has been pushed tight.

Weight: There are few areas in the car where weight has been increased. It was a challenge for the designers to take weight out of other areas, so that was a focus right away through the design procedure, and quite a demanding one as well.

More Sound: In terms of regulations the exhaust system is slightly different. In the 2016 season teams must have either one or two wastegate tailpipes. For 2016 we have a single rear wing pylon which passes through the tailpipe.

Cockpit: Due to the regulations the cockpit rim has been increased in height for driver protection. There will also be a small high-speed on-board camera to capture the movements of the driver’s head for accident analysis.

Tyres: Besides the supersoft, soft, medium and hard tyres, Pirelli will introduce the new ultrasoft tyre for the 2016 season.

Engine: For engine suppliers the number of tokens has increased from 25 last year to 32 in 2016, which gives them more freedom in changing the structure of the power unit. The Sauber C35 engine, energy recovery system and gearbox are again supplied by Ferrari.

The triangular airbox is interesting.

I bet you say that to all the ladies.

It’s got some extra sponsors on the rear wing endplate too..